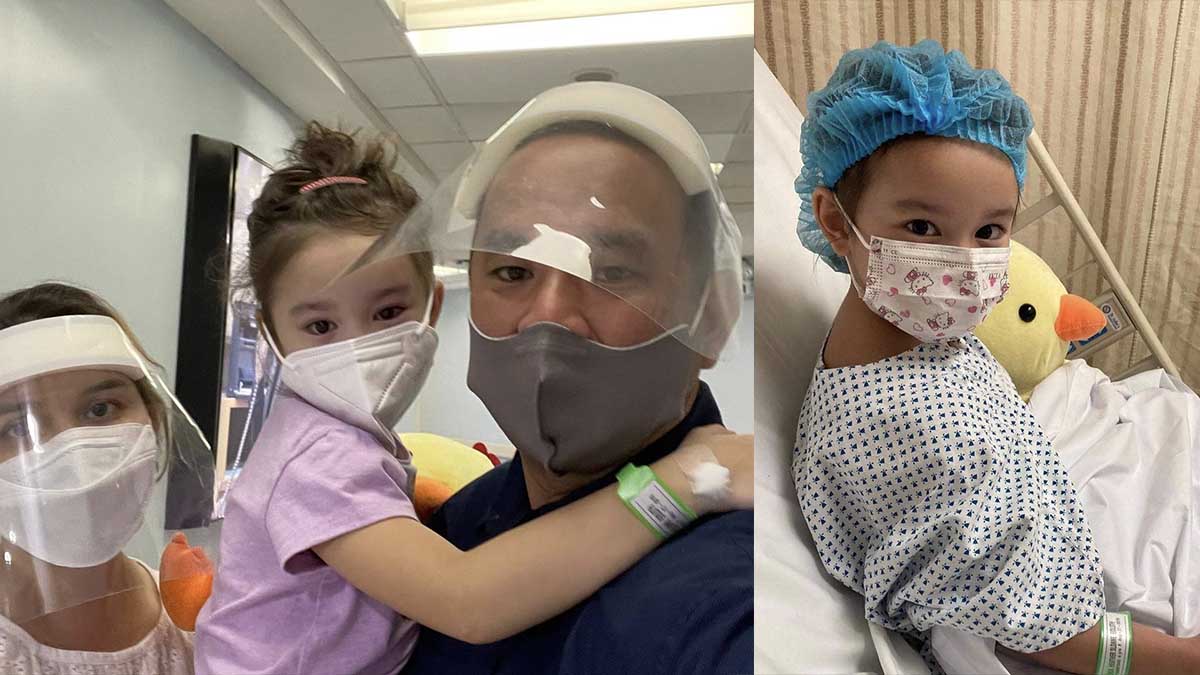 Nadine Samonte can now breathe easily now that her husband Richard Chua and their eldest daughter Heather made it through their respective surgeries.

Richard has been updating his Instagram followers on the surgeries he and Heather had to go through over the past few days.

On Tuesday, August 3, 2021, the couple expressed their gratitude for their daughter's successful eye surgery.

Richard shared photos of their eldest child on Instagram and wrote (published as is), "My anxiety level today went beyond maximum tolerance…all the waiting drove me insane….

On Wednesday, August 4, 2021, Richard was also happy with the results of his angiogram, which, according to MayoClinic.org, "uses X-ray contrast to look at the blood vessels (arteries or veins) in your body."

The procedure was done at Cardinal Santos Medical Center in San Juan City.

Richard uploaded his post-procedure photo on Instagram, and wrote in the caption of his post, "To God be the glory! Just finished my Angiogram. Everything was perfect!

"No blockages, no stents needed. I trusted myself to papa Jesus and look what happened [emoji] AMEN & AMEN

"thank u to my kumpare Doc Miranda who runs the Cath Lab here at Cardinal Santos!

"There is no better doctor than him I swear. Highly Recommended[emoji]"

Early this week, Nadine asked her Instagram followers to pray for her husband and daughter as they prepared for their procedures.

Aside from an angiogram, Richard is also said to have been scheduled for a colonoscopy, an exam used to detect abnormalities in the large intestine (colon) and rectum.

The actress also revealed that she is scheduled to go through a blood transfusion because of the complications of her third pregnancy.

Nadine is currently in her fifth month of pregnancy.

In June 2021, Richard and Nadine proudly announced that they are having their third child.

Aside from Heather, they also have a two-year-old son named Austin Titus.