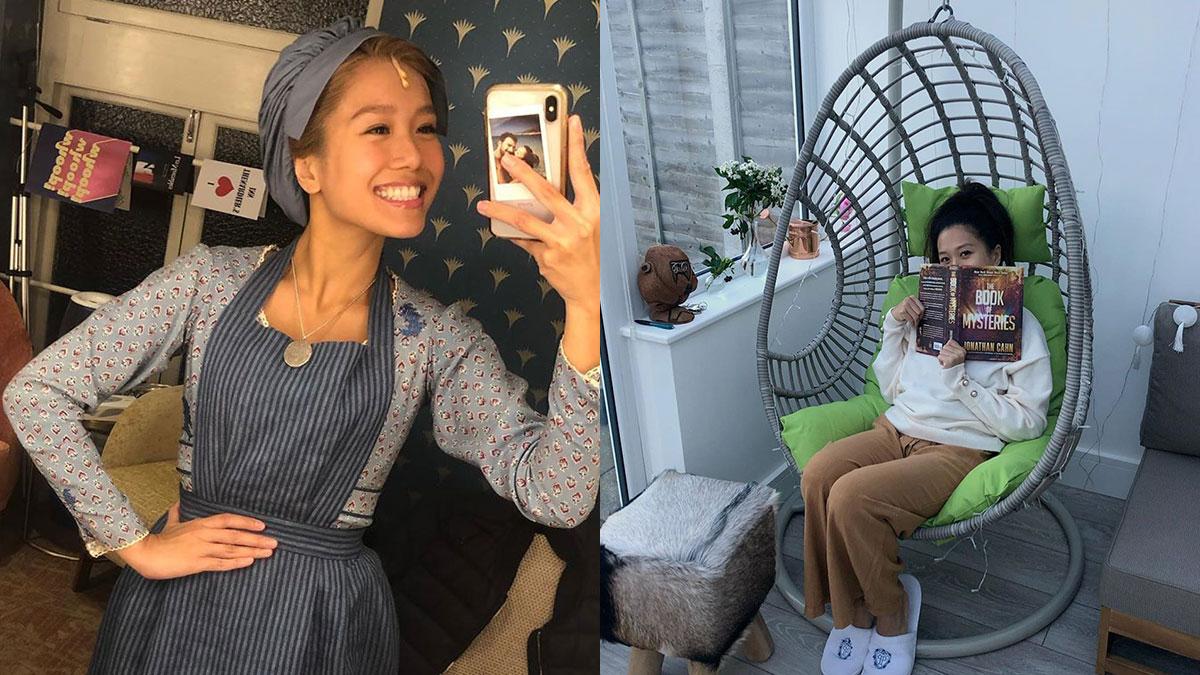 Rachielle Ann Go capturing a joyous moment and enjoying quiet time in the conservatory, her favorite spot in her London home.
PHOTO/S: @gorachelleann on Instagram

Rachelle Ann Go is still on cloud nine now that she has achieved one of her biggest dreams: her own home in London.

In an Instagram post on Monday, March 10, Rachelle Ann put out a video of her reaction as she opened the door to her new home for the first time.

In her caption, Rachelle Anne wrote: "I got here in London on the 15th of December and as I opened the door, I felt like a kid opening a Christmas present. Swipe left for the video [emoji]."

Her excitement was understandable. Rachelle Anne was in Manila when her husband Martin Spies got the keys to the house, and had to move in without her.

She continued: "I never realized that I will be living in London with a husband.

"Dreams do come true. [rainbow emoji] God is truly faithful. Most of the time we worry, overthink and panic.

"But let us be patient, it will all work out in His perfect time. Keep pursuing what you want, you’ll get it! Claim it! #shinsbucketlist"

She also recalled her difficulties deciding whether to settle in New York City, Manila, or London.

The rest of her caption read (published as is): "Few years ago I said, 'Lord I’m praying for a house... I want one in Manila, NYC and London' (as if! [emoji] I mean dream on).

"This time last year, I was worrying so much not knowing if we should stay in London after Hamilton, explore opportunities in NYC or go back to the Philippines. [emoji]

"Months and months of confusion and anxiety. My husband reminded me 'everything will be okay, God is in control...'

"After almost a year we found a [house] December 1st, my husband got the keys while I was still in Manila (thank you @spiesmj for allowing me to go home and sorry for moving on your own [emoji])."

In a separate Instagram post on March 8, Sunday, Rachelle Ann shared a photo of her favorite spot in their new home—their conservatory.

She wrote, "I love spending my mornings in the conservatory [sun emoji] This is where we do our quiet time [emoji]."

In an interview with PEP.ph (Philippine Entertainment Portal) and other members of the press last January, the West End star described the house she and Martin found.

Rachelle Anne and her husband, Martin, a South African-born U.S. citizen, have been living in London since they tied the knot in April 2018.

Martin used to work in New York City for a luxury fitness center. He retained his position as general manager when he transferred to the company's London branch in July 2018.