Home
Joel Cruz: In his mansion of plenty

"I'm enjoying my home because I have my family. I have my children... I believe yung love na nag-e-exist dito, yun yung talagang meaning ng isang home." - Joel Cruz

Joel Cruz was six years old when he first dreamed of living in his own mansion with a swimming pool in the backyard.

As a kid growing up in Sampaloc, Manila, Joel became fascinated with homes featured on TV, particularly in the American syndicated series Lifestyles of the Rich and the Famous.

He saw glimpses of this affluent lifestyle in real life when the young Joel tagged along with his father, Dionisio Cruz, the owner of a trucking service that drove caterers to fancy parties in exclusive subdivisions.

Most of these parties were held in Forbes Park, an address for the elite.

Joel listened well and took his father's advice to heart. 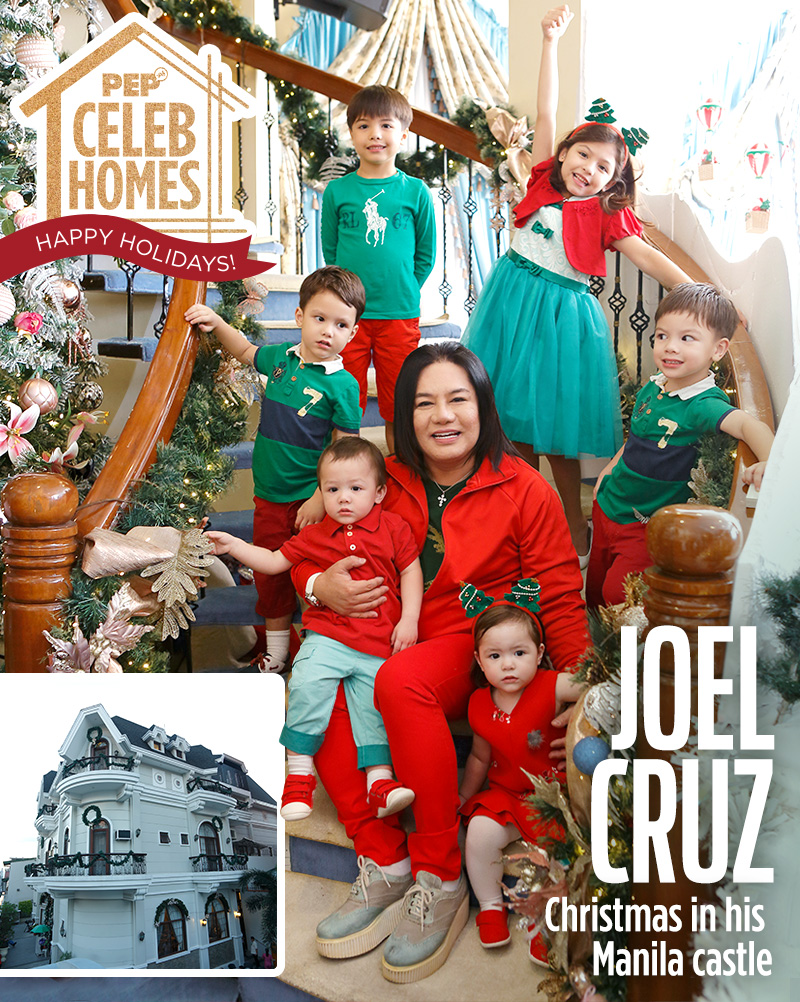 Today, at 53, Joel lives in a three-story mansion he calls Chateau de Milagros.

An imposing structure of French architecture, it is a testament to the monumental success of Aficionado Germany Perfume, the perfume brand Joel created.

Joel also owns properties in key cities, including a mansion in Baguio and a resthouse in Tagaytay.

But Chateau de Milagros remains his main base. 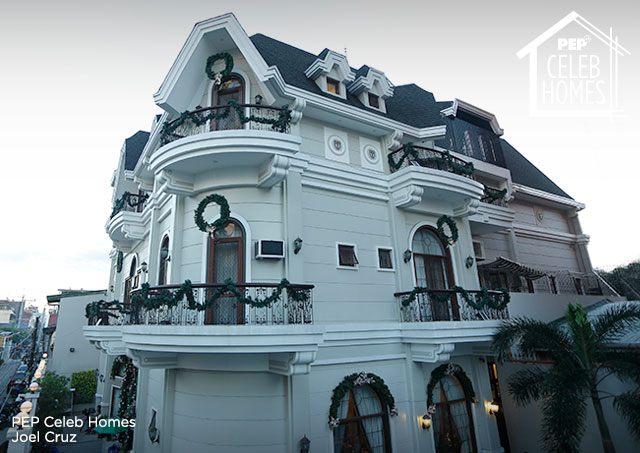 The mansion sits at the corner of Instruccion Street, right beside the building of Aficionado.

From a distance, the roof of Chateau de Milagros towers above the busy side streets of Sampaloc.

Getting to the gate, our team is met by a security guard from the Aficionado office who instructs us to head over to the other side of the house, which sits on the next parallel street. This is where the main gate is supposed to be.

We walk around the corner to Sisa Street, and indeed the house's facade appears to us in full display. 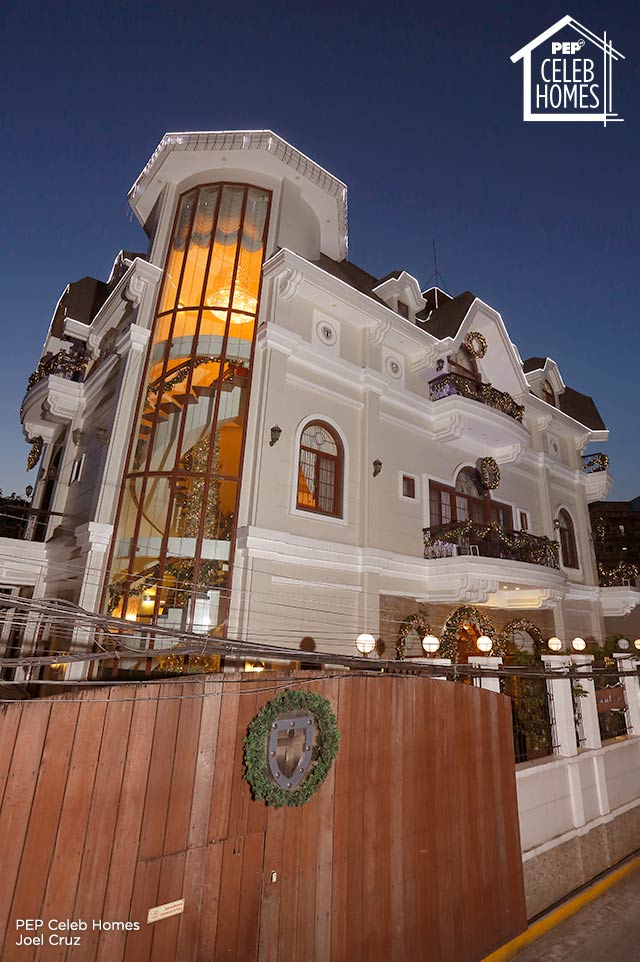 The team enters through a tall wooden gate, and by the door, two more security guards tell us to write each of our names on their logbook.

After this, each of us is given a visitor's badge, with instructions to wear it at all times while inside the house.

By then, it is very clear that Joel's house is not your typical Sampaloc home.

The level of extravagance of Chateau de Milagros, inside and out, cannot be missed.

But first, the basics. This is actually the ancestral home of his 90-year-old mother, Milagros, after whom it is named. She still lives here.

"This house was built in 1950," the celebrity entrepreneur says.

"Dati isang lot pa lang ito, which was like 174 square meters, but now, this house is composed of four lots, kaya lumaki na. 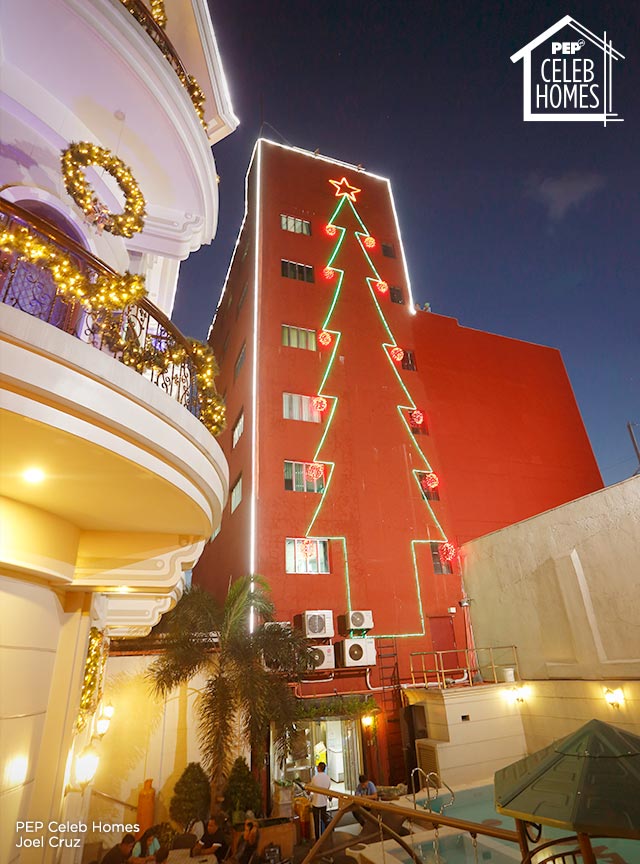 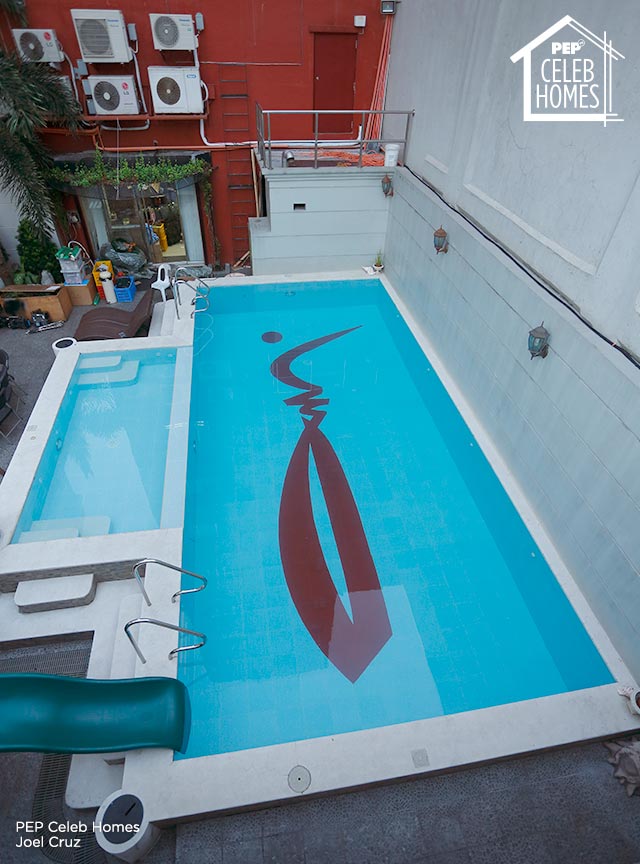 Chateau de Milagros has 12 bedrooms, a winding staircase, an elevator, a swimming pool, a playground, a driveway that can fit four cars, plus a parking lot right across the street, on land he also bought, for his other vehicles. 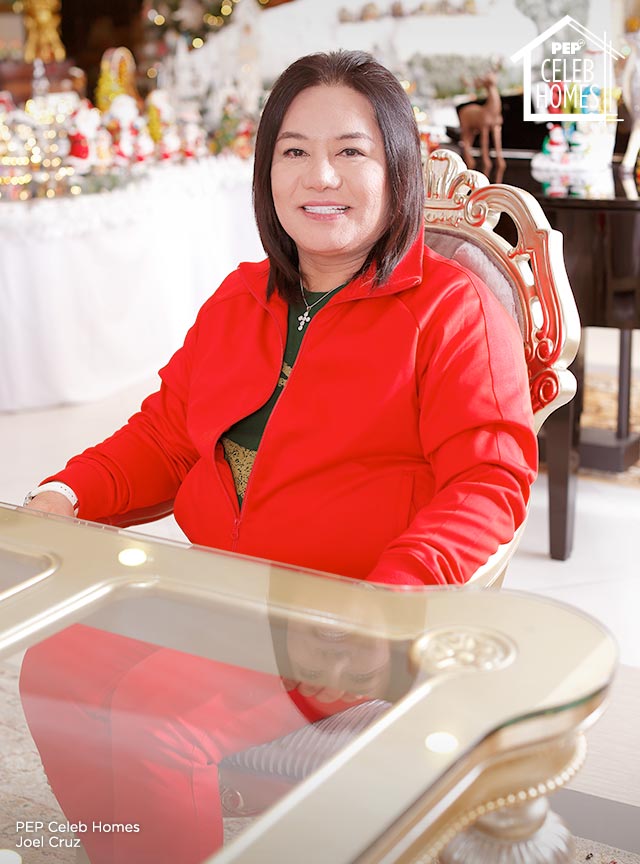 Artwork and ceramics, vases and glass-encased china cabinets fill the spaces of every room.

The furniture pieces evoke traditional opulence, which prize carvings and engravings, most of which are showcased at the first level of the three-story mansion. 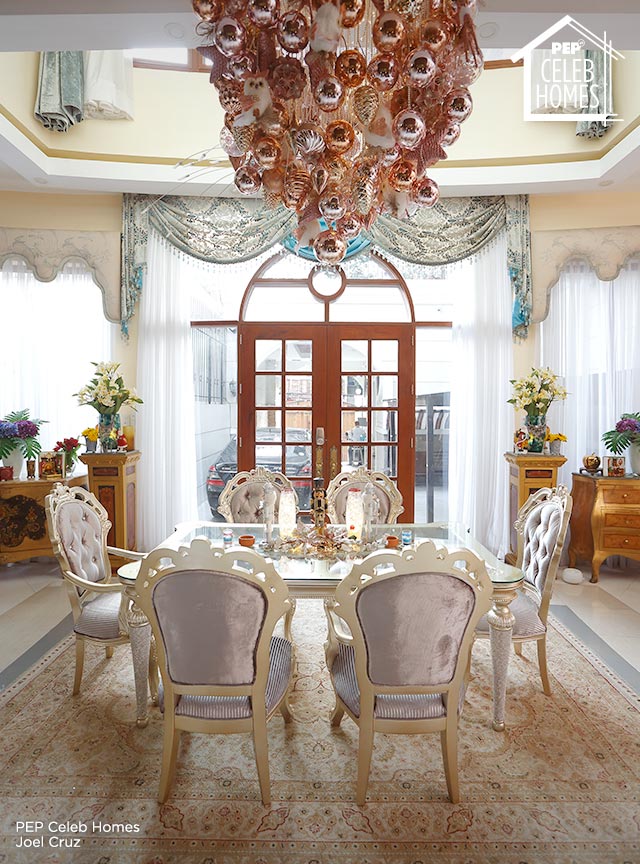 Joel's living room points to quite a lavish lifestyle, with the winding staircase and the elevator just some of the obvious clues.

A replica of the Mona Lisa on a wall between the window panes calls attention to itself, as do the gold Rococo-style furniture pieces that Joel acquired from the Italian brand Silik. 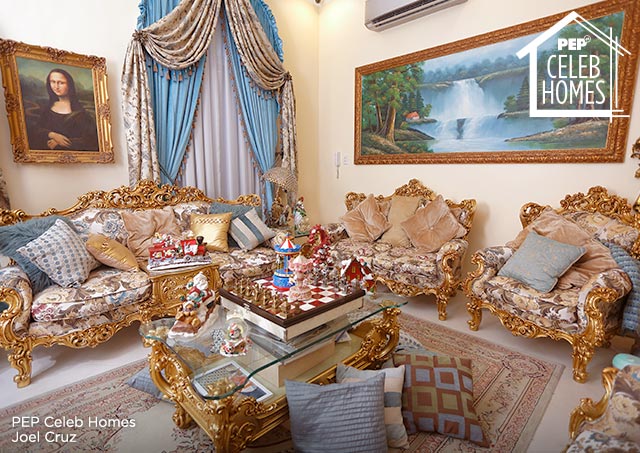 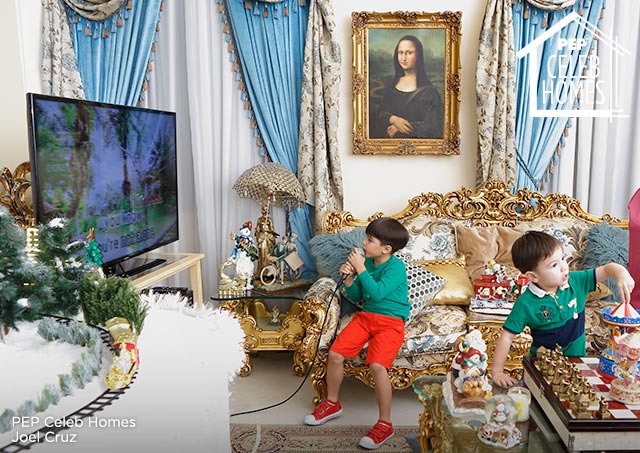 Two of three dining tables with matching chairs are set up in the center area of the first floor.

The first set is a white six-piece dining set encrusted with crystals.

Next to it is a six-piece round table set with gold details made by Betis Pampanga Furniture. 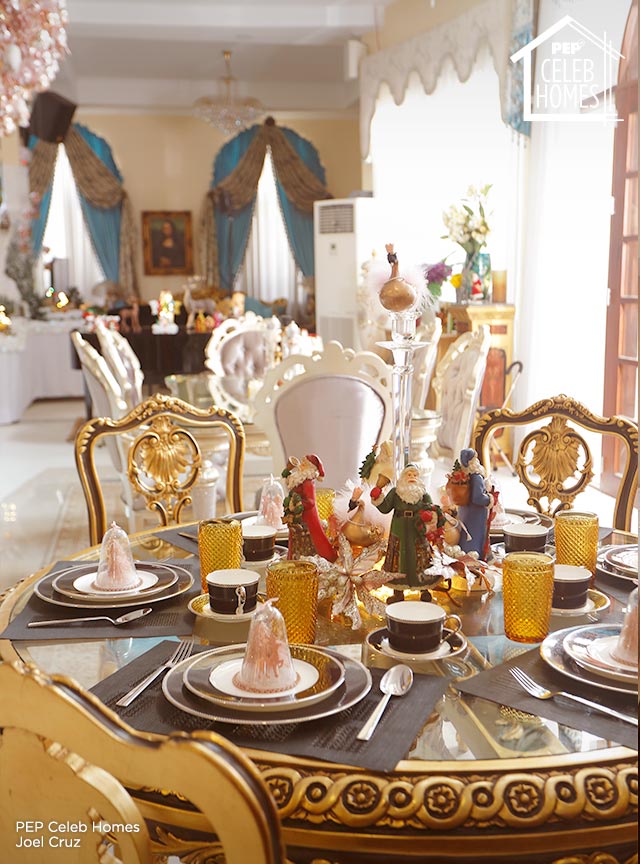 But of the three dining sets, the one at the opposite end of the first floor calls the most attention.

From the buffet table to the huge China cabinet to the bar set by the corner, everything is vintage Versace around this dining table. 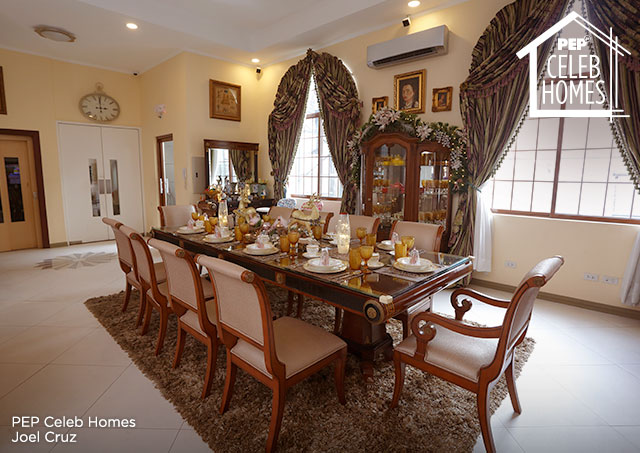 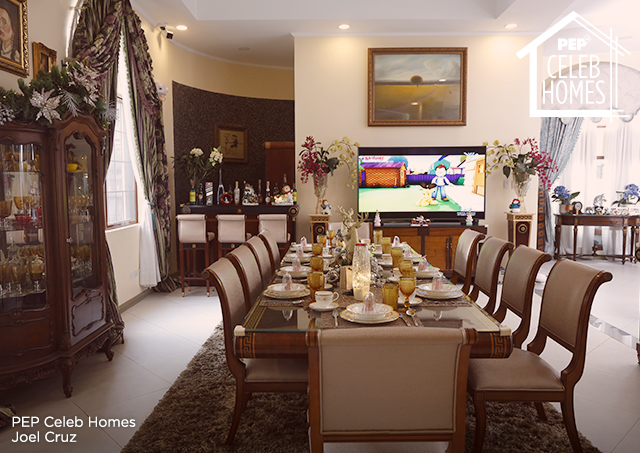 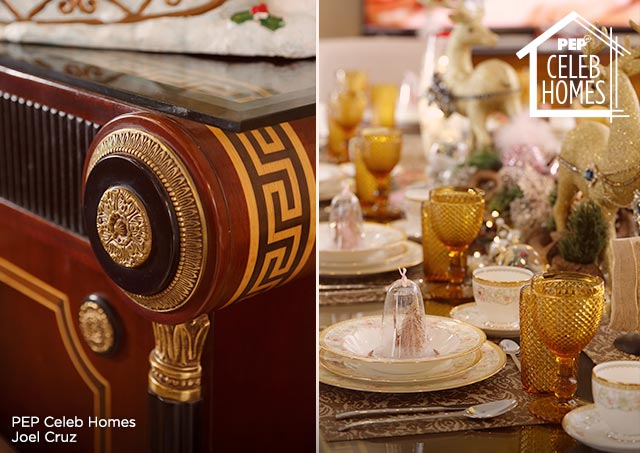 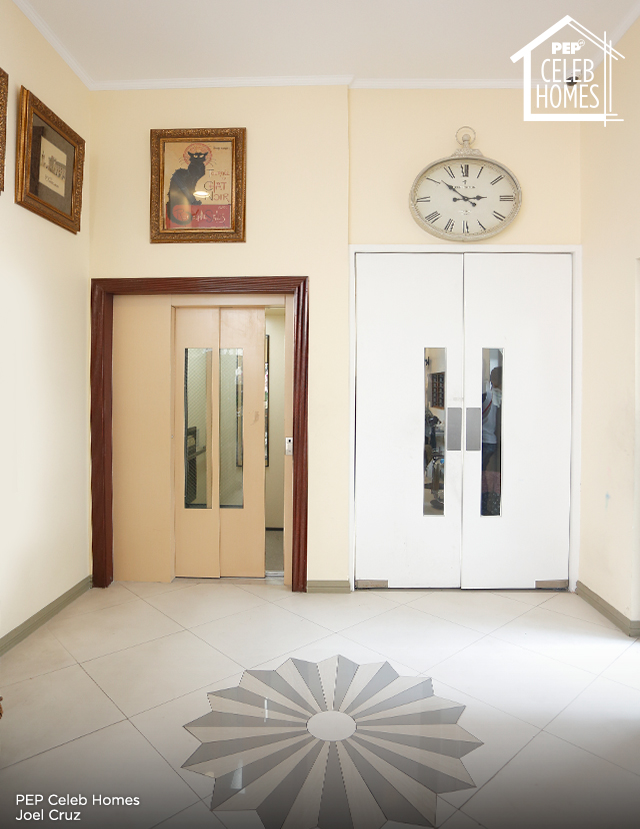 Joel has fulfilled his dream of living in his own mansion a hundredfold.

But his wealth is not the main story he wants to share about his home.

By his telling, Chateau de Milagros was built at first for his mother and now for his eight children: Sean and Synne; Harry and Harvey; Charles and Charlotte; Zeid and Ziv. 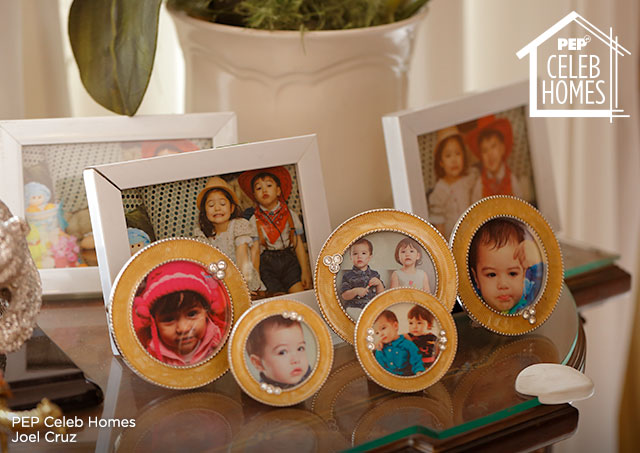 "Now I really can say na I'm enjoying my home because I have my family. I have my children. That's very, very important sa bahay na ito, yung mga anak ko." 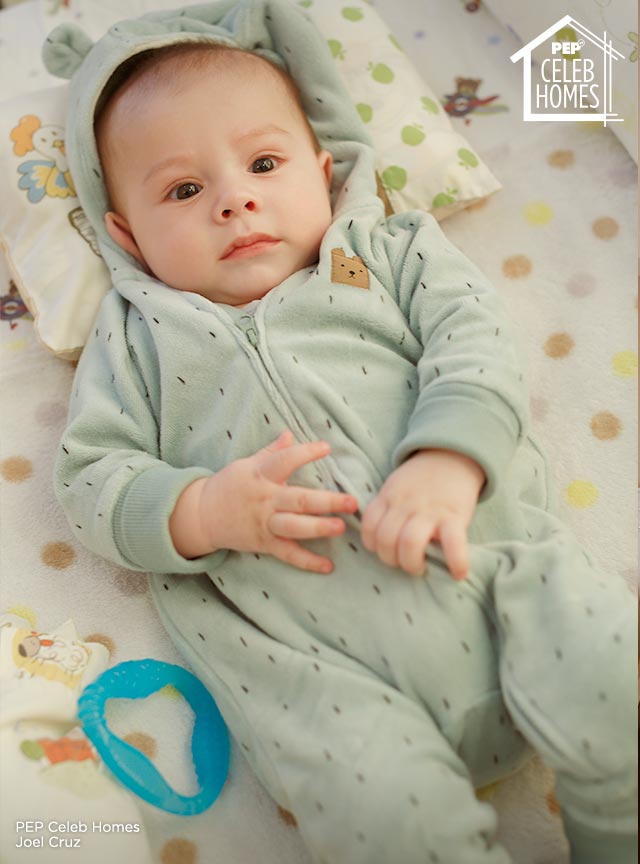 Of course, with these many people and this much furnishing, Joel's staff has to be huge.

In fact, 30 people easily comprise his household staff. Count them: the security team, the housekeepers, the drivers, and the 12 nannies led by a head nurse on permanent hire for his children.

Joel actually has three nurses on his staff for his kids and his mother: one for the day shift, one for the night shift, and one reliever. 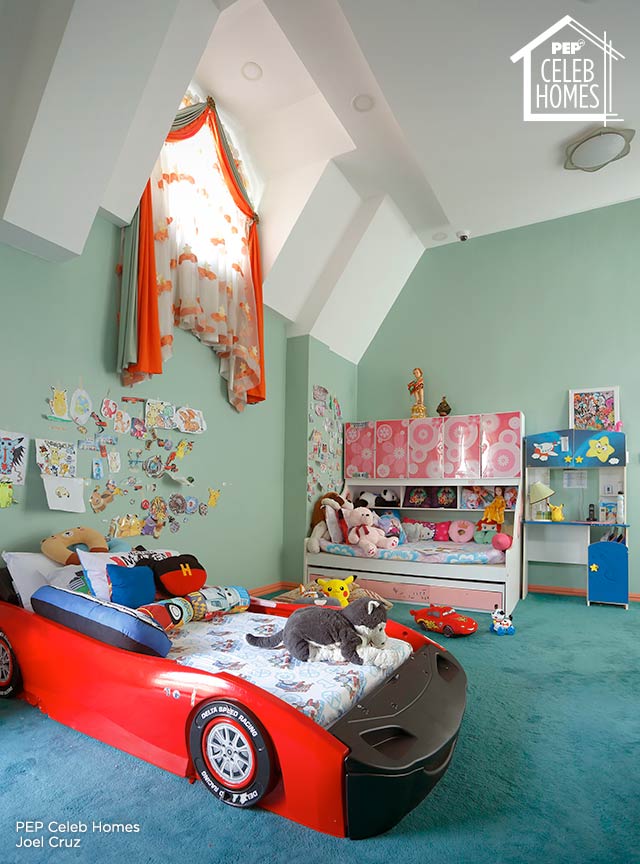 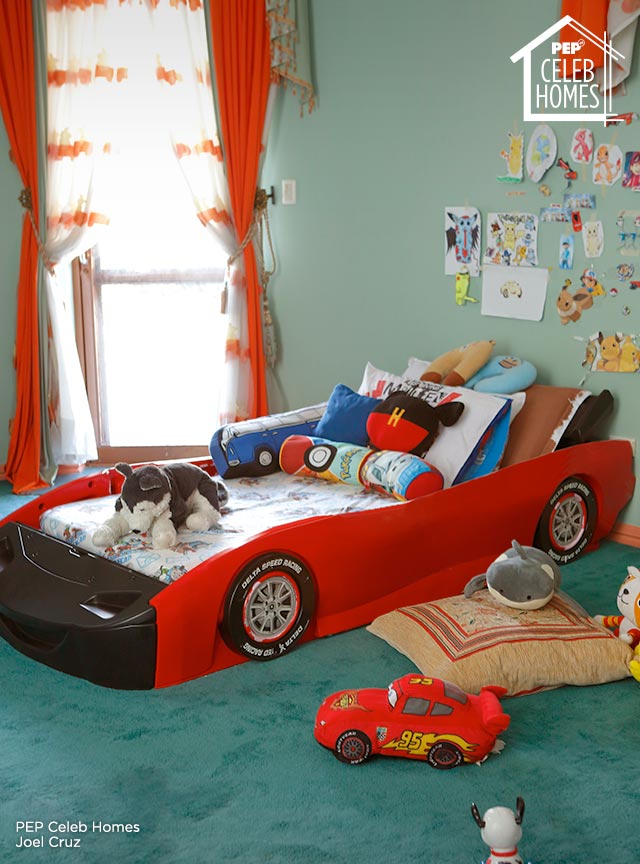 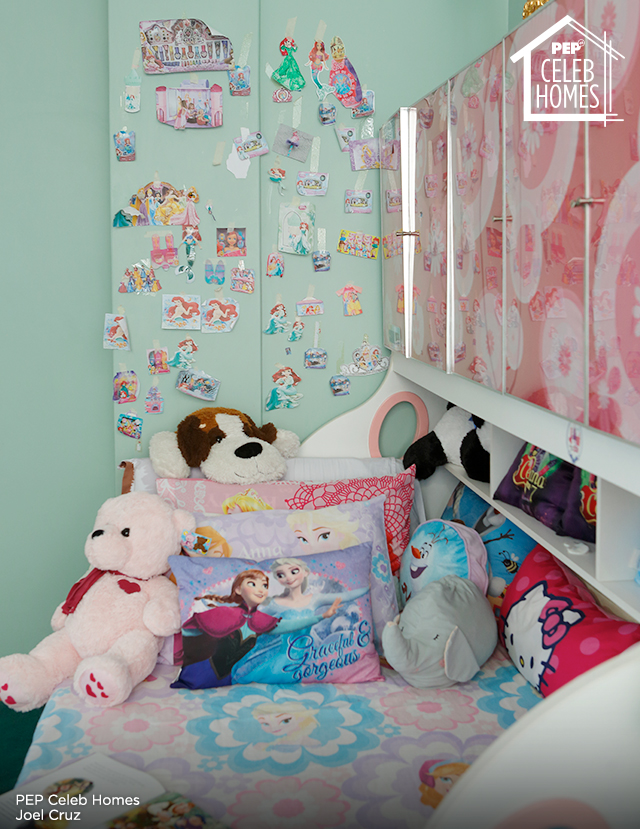 All 12 nannies and at least one nurse all go where the family goes, and so far they have gone to London, Japan, and France. 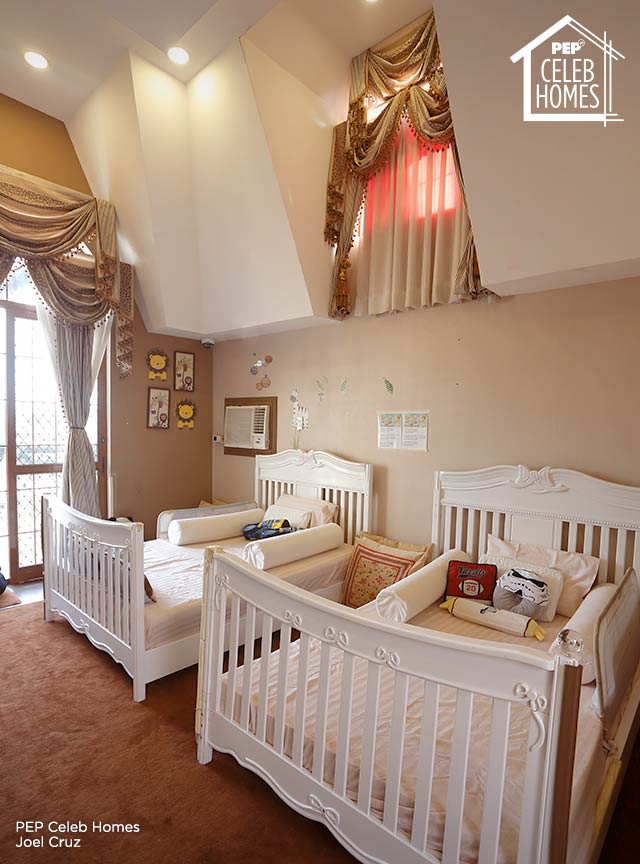 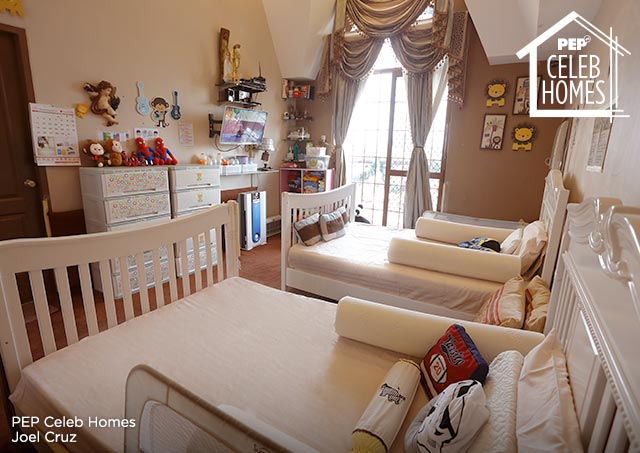 Joel, now the father of eight, says: "We need them. I need them... Malaking tulong yun na ang bawat isa may nanny. 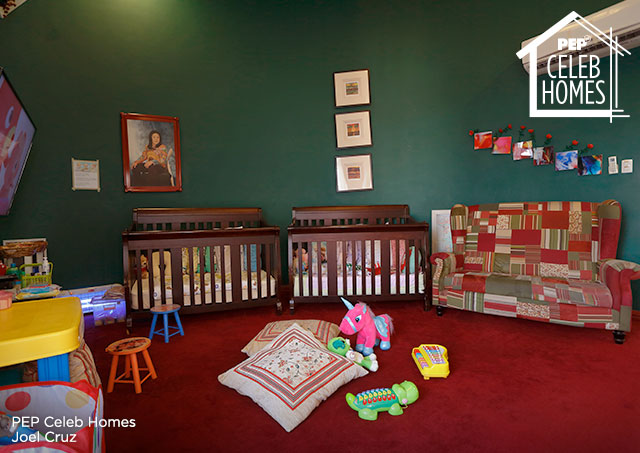 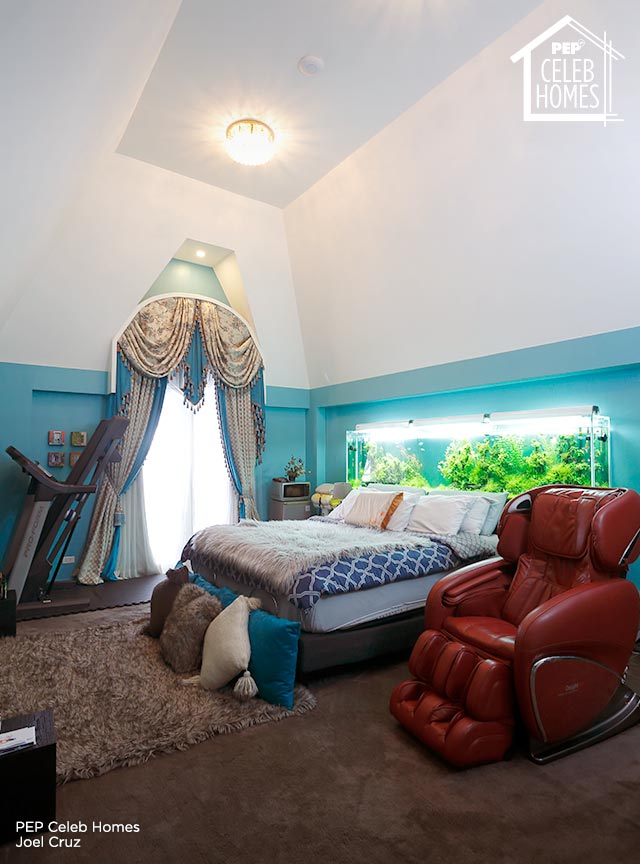 How does Joel make sure that the kids live a happy life at home?

"You always have to be optimistic. You have to be positive always kasi pangit yung laging negative yung nasa isip mo."

Joel's mantra is, he stresses, harmony.

"There must be a harmonious relationship, not just with the family but also with other people around."

One thing he always asks from members of his household: "Wag mag-away." 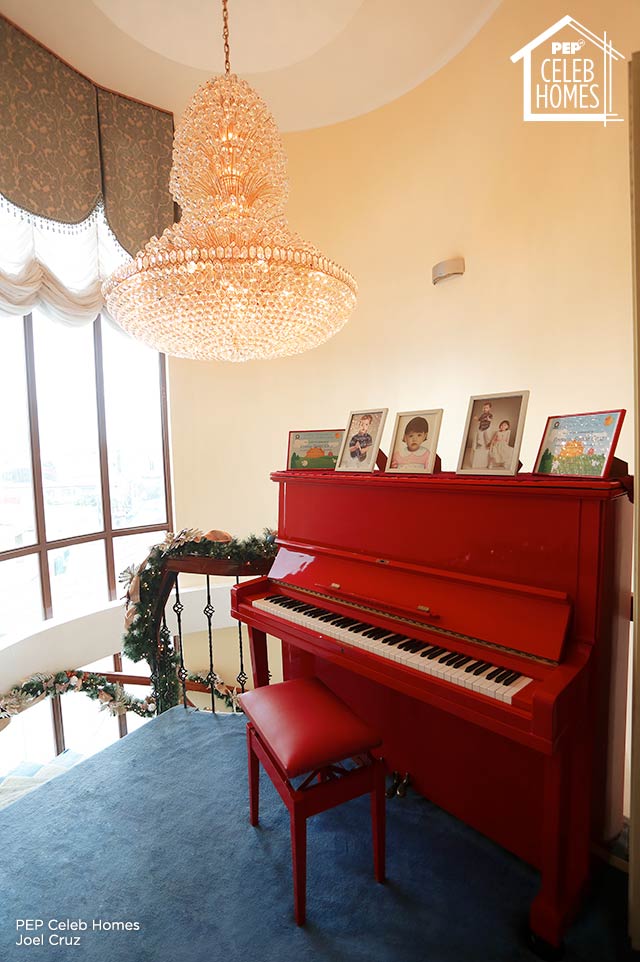 To be rid of jealousy among his eight kids, he gives equal attention to all of them. 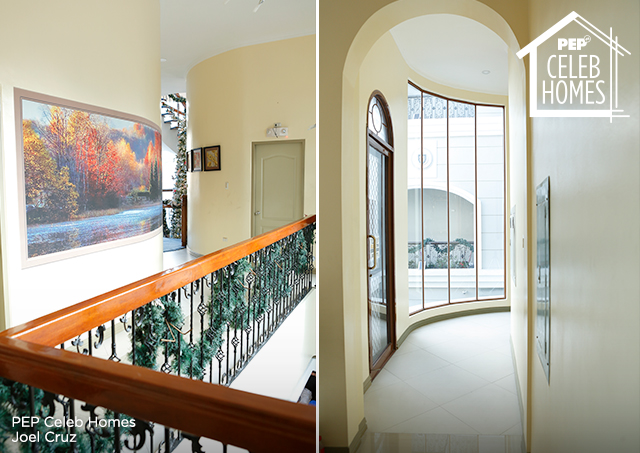 HOME IS WHERE THE HEART IS

Joel may say it doesn't take money to be happy, but the fact is he has lots of it.

He actually has enough now to build a mansion with a swimming pool in Forbes Park.

But, the man still prefers to live in the rougher community of Sampaloc. 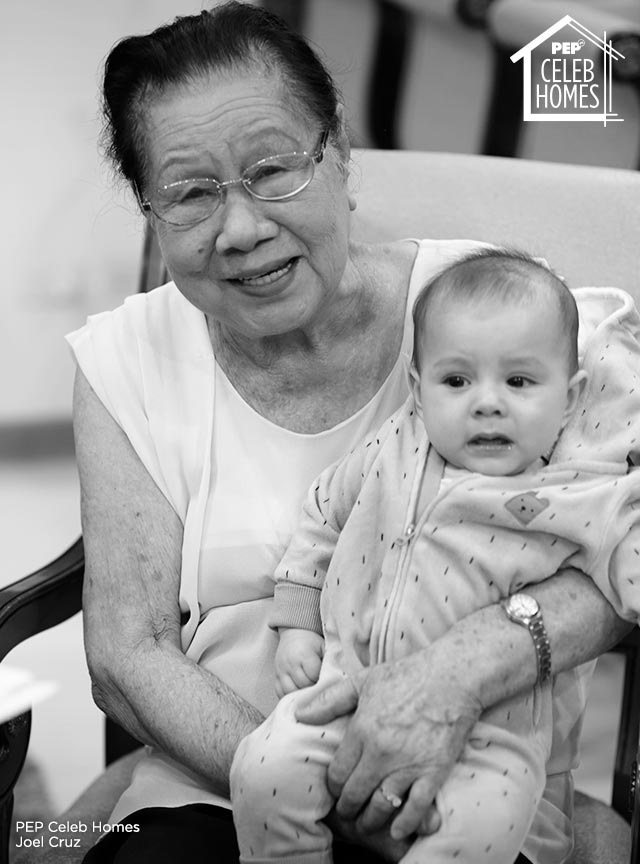 It is also the wish of his mother. "Gusto niya dito lang siya," Joel says. 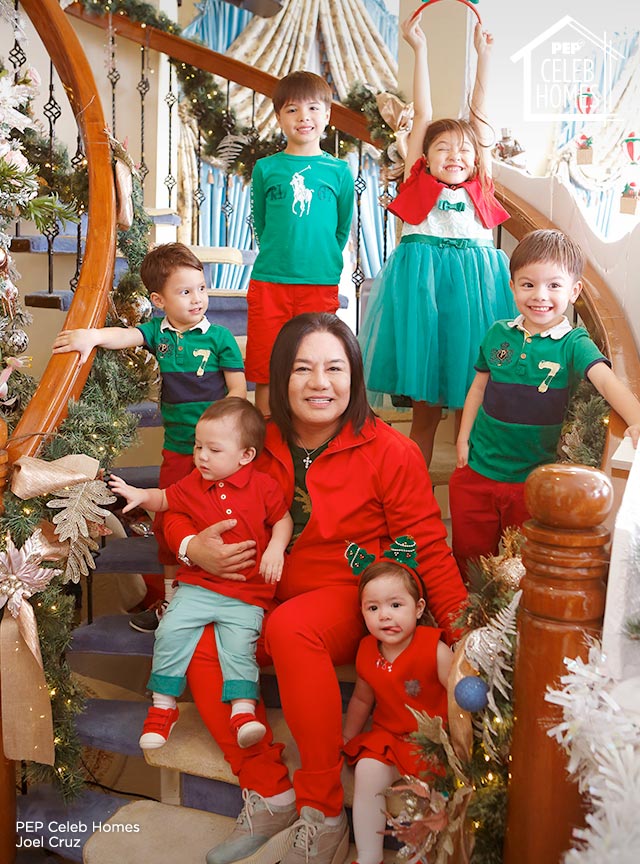