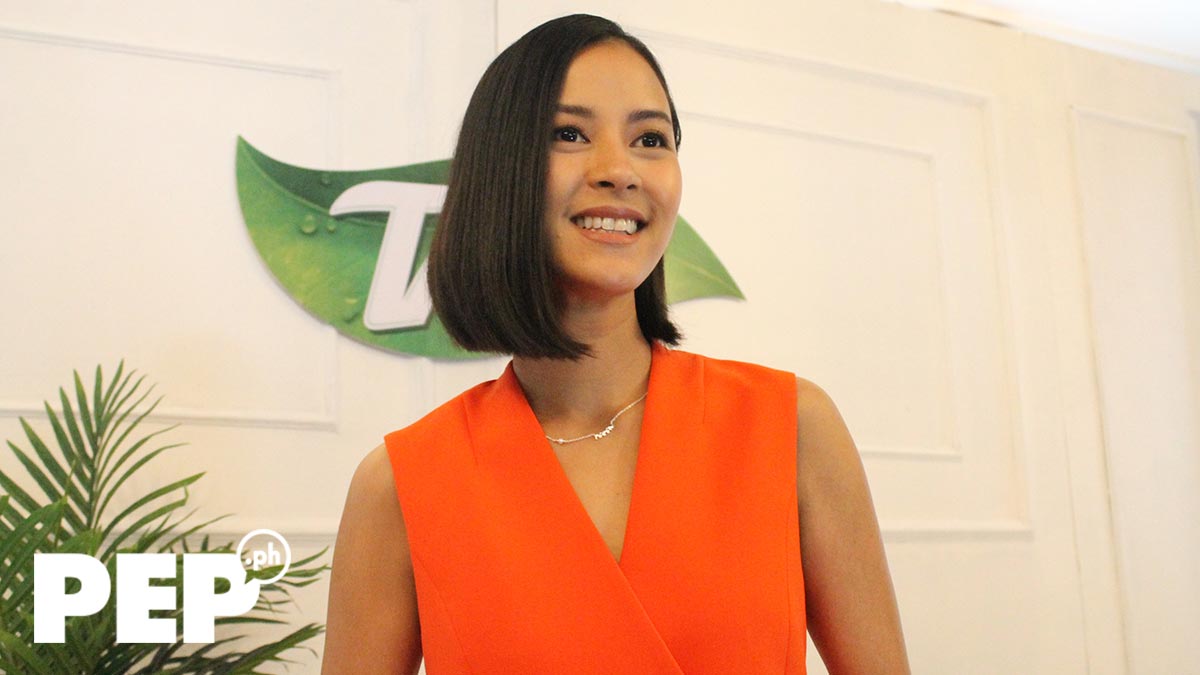 Bianca Gonzalez says friendship matters more than differences in political views: "Ang dami niyo pang ibang things that you have in common versus that you are different in."
PHOTO/S: FM Ganal

Opposing political views can be lethal to relationships.

They are known to cause rifts within families and among friends, and separation among espouses.

Bianca Gonzalez knows these only too well.

She has been bashed and praised for her opinions about political and social issues online.

In a previous interview with PEP.ph (Philippine Entertainment Portal), she was quoted as saying, "In this era kasi where practially everyone has the chance to be heard, if you feel so strongly about an issue, isang post lang, and it can possibly go viral or get picked up by media.

"Of course iba yung sinasabi nilang mema [me masabi] or nagpapapansin lang or nakikisawsaw lang. I actually comment on issues, which, as I said, feel so strongly about.

"I've done polls, but my intent is never to start a discourse.

"I know that some people may not agree with me, but that's my opinion. The same way that I'm not going to argue with someone on social media, and comment on her post. I'm not yung tipong I will challenge her. I am not going to convince her to agree with me either."

The Kapamilya host is proof that debating over opposite political views doesn't always have to end in discord.

After all, she and her husband, PBA player JC Intal, have differing political beliefs.

"We voted for different presidents the last [2016] elections," the ABS-CBN star told PEP.ph after an event in Pasig City last May 15.

Her choice was Mar Roxas, while JC voted for Rodrigo Duterte. They had the same vice president: Leni Robredo.

After the elections, she congratulated Duterte and Robredo on Twitter.

HOW BIANCA AND JC KEEP THE PEACE

Many of her friends do not share her political views as well.

Bianca acknowledged that this difference in perspective can get toxic if all parties are overly aggressive about it.

She said, "I think it just becomes a problem if you're both vocal about it, and you really fight each other. Yun talaga, magkakalamat relationship niyo.

The 36-year-old celebrity mom chose not to nitpick on their differences, and deemed it pointless to argue on who made the better choice. The key word, she said, is, "Respect."

Bianca continued, "And super I respect.

"It's more respecting that you are your own persons. Pero kung hindi mo kaya personally, like offended ka personally, I think it's okay.

"Like I know people who unfriend on Facebook or mute kapag elections kasi parang, 'Ugh, nakaka-stress.' But nothing's wrong with that."

Aware of the pitfalls of political discussions, she has found a way to neutralize a heated situation, starting with herself.

1. Remember: You became friends because have a lot of things in common.

She elaborated, "Well, ako, I'm so passionate about the people I believe in. That's just one part of your relationship, e, political leanings.

"When it comes to friendships, I think, ang dami niyo pang ibang things that you have in common versus that you are different in. Kaya nga kayo naging friends.

"For me, parang, I focus on what we have alike more than what we're different with."

2. Learn when to just take a deep breath.

The mother of two said, "I mean, if it affects you, then maybe you can step away or do space.

"But in my case kasi they're their own persons. They should be allowed to support whoever they want to support.

"And even if hindi yun in line with what I believe, ano, e, it's a democracy, e.

"We should all be allowed to support whoever we want to support."

3. There's no right or wrong belief.

In the end, Bianca said that friendship matters more than debating about who's right or who's wrong.

BIANCA HAS LESS ENERGY FOR BASHERS

Being a mother of two, one a toddler and the other still a baby, Bianca admitted that she has less time now to interact online.

She said, "If anything, parang yung feeling ko nga, yung pagiging vocal ko about issues, tempered na when I became a mom.

"Only because, one, less time for social media kasi nga you're attending to your child, and two, I have less energy to deal with the bashers.

"I find kasi, kunwari dati, I was just single and then I'd air my opinion on an issue or a political something. Ang dami ko pang energy to expend, to take on the bashers, parang ganun."

But with two daughters to look after and with work to attend to in between family time, Bianca often has little to no energy left to take on these haters.

She said even reading comments can be draining to her, which is why she feels her assertiveness online has been "tempered."

This doesn't mean that Bianca will no longer air her opinions on social matters.

For the sake of her daughters, the Kapamilya host wants to show that it is okay to be vocal about issues you care about.

"I would want my kids to be opinionated and share their opinion also.

"And now, as a parent, alam ko talaga na that the absolute best way to teach my children is by example."