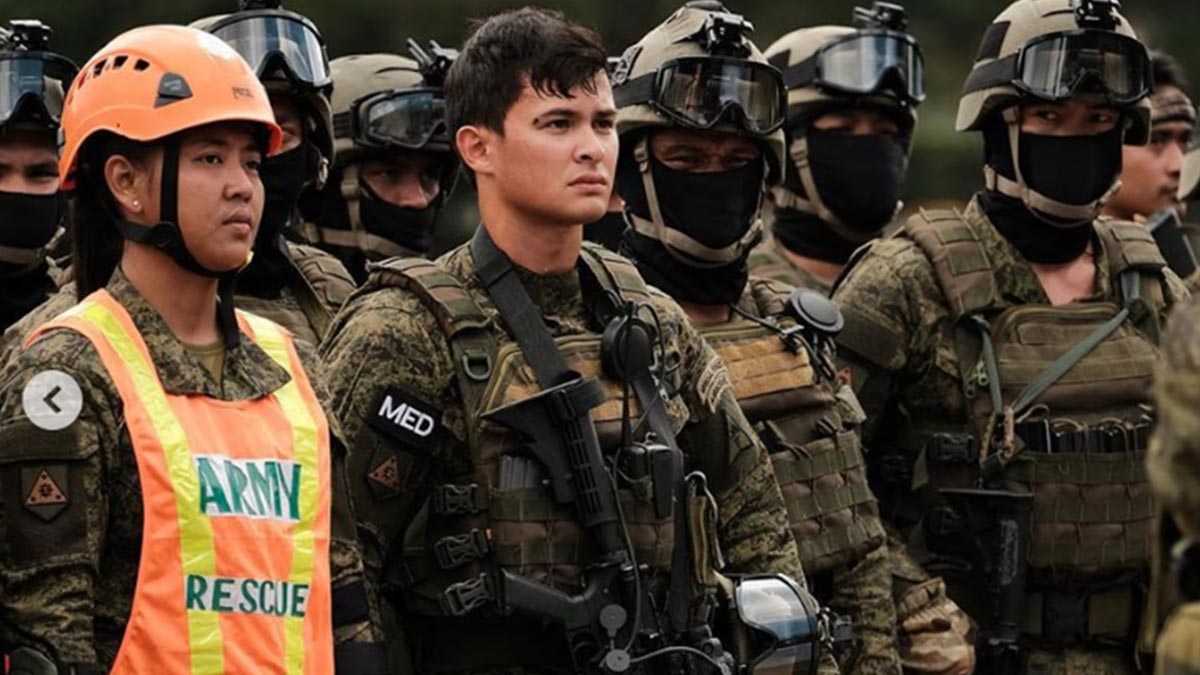 ABS-CBN actor Matteo Guidicelli is an army reservist and recently has participated in the field demonstration of the Philippine Military Academy (PMA) in Tuba, Benguet, on Monday, May 20.

Among the units falling under AFPSOCOM are the Light Reaction Company, Scout Ranger Regiment, Special Forces, and Air Borne troops.

In an Instagram post, Matteo expressed how grateful he is to have participated in the field demo.

He wrote, "It was an honor and privilege to have taken part in the Philippine Army’s field demonstration alongside the Special Operations Unit and other military units this afternoon.

"It was a humbling experience to have set foot on the sacred grounds of the Borromeo Field in the Philippine Military Academy.

"Thank you to each and every soldier I met today for the warm welcome. 'Serving the people. Securing the land.'

"I am a proud Filipino! [emoji] @philippinearmy #ARMY."

According to gounesco.com, the Borromeo Field is "used for many cadet activities, mainly to mark special occasions in a cadet’s life."

In his April 15 Instagram post, he wrote, "I officially joined the Philippine ARMY today because I love my country. I would like to thank the people that have been very supportive. Exciting times ahead.

"'The rank is emplaced near their heart because it means only those who have the heart to serve will be fit to wear the uniform,' MGen Bernie Langub said.

"'It is beyond the uniform, it is all about willingness to serve the country and being prepared for any eventuality.' #philippines #army #arescom @philippinearmy"

Before this, Matteo, along with social media star-entrepreneur Nico Bolzico and restaurateur Erwan Heussaff, became inducted officers of the Philippine Coast Guard Auxiliary.