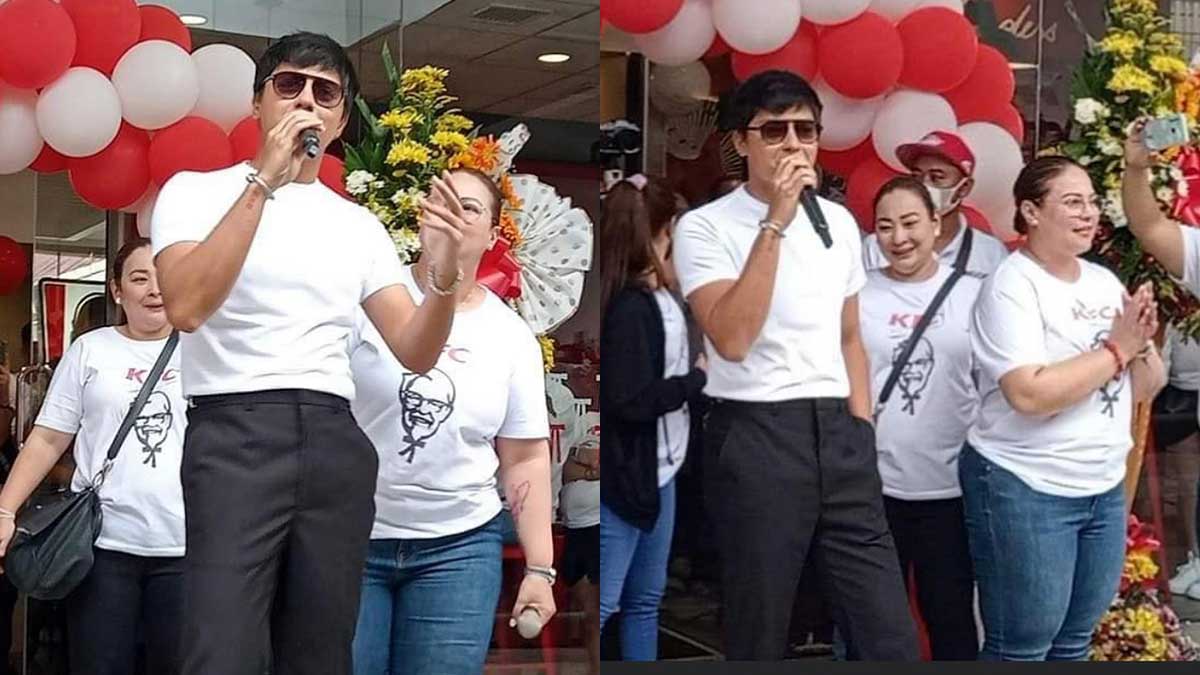 Daniel Padilla and his mom Karla Estrada are partners in their first fast-food franchise.

On Tuesday, April 5, 2022, hundreds of their fans flocked to the venue for the grand opening.

After the ribbon-cutting ceremony, Daniel personally thanked everyone for supporting his new business.

Karla also expressed her gratitude to their fans, especially those who waited for them from four o'clock in the morning.

The 47-year-old celebrity mom also took to Instagram to express her gratitude for their family's newest business.

Karla uploaded a gallery of photos from the grand opening and wrote in the caption, "My children are My Pride, my Joy and my greatest Blessings! [emoji] Wala akong mapaglagyan ng Ligaya anak, @supremo_dp

Daniel's nephew Jordan entertained the guests with his cute antics.

KaladKaren posted their group photo in her Instagram account and thanked Daniel and his family for inviting them over.

She wrote in the caption, "I LOVE TACLOBAN!!! Salamat po, Ate @karlaestrada1121, Dj and the whole family! [emoji]"

Kathryn Bernardo's mom Min was among the first to congratulate the mother-and-son tandem on their latest milestone. She commented, "CONGRATULATIONS [emoji] more branches to come [emoji]"

Other celebrities who sent their congratulatory messages on Karla's Instagram post were Aiko Melendez, Iza Calzado, Marjorie Barretto, and Jhong Hilario, among many others.

Aside from the fast-food restaurant, Daniel previously opened a barbershop called Barbero Blues, which he co-owns with his girlfriend Kathryn.