Isabelle Daza reveals what she likes about French parenting 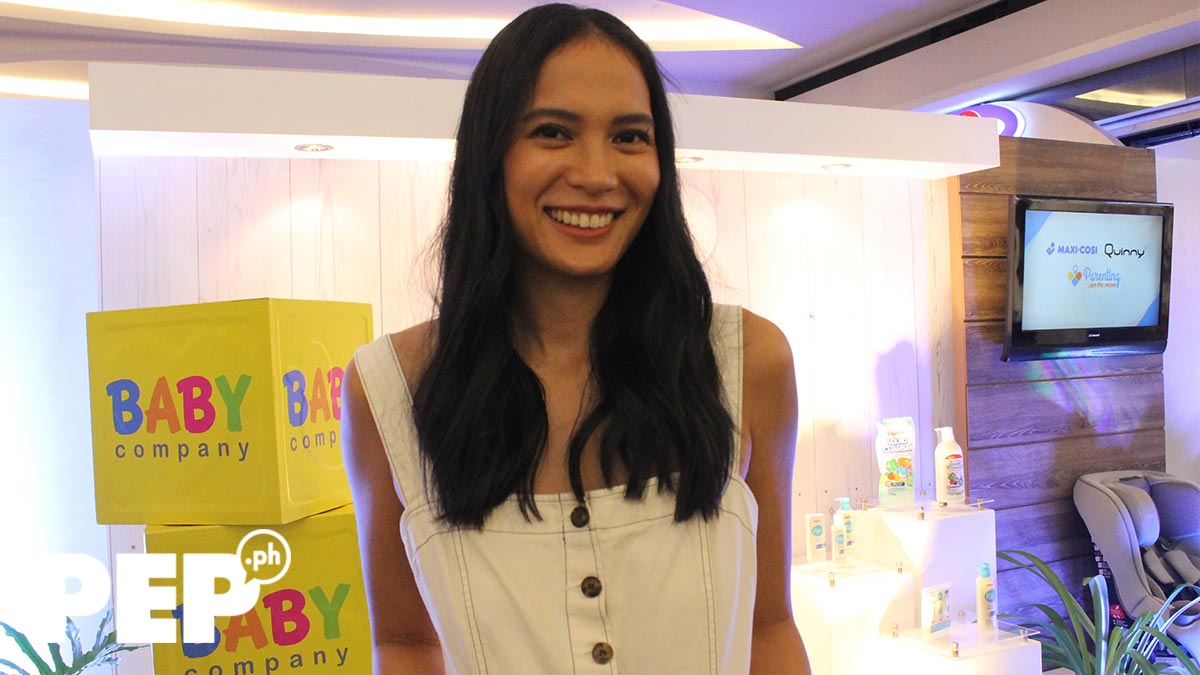 Isabelle Daza has the best of two worlds when it comes to parenting styles, the French way and the Filipino way. Which one does she follow? Her own gut feel, she says.
PHOTO/S: FM Ganal

First-time mom Isabelle Daza wants to do everything right for her one-year-old son, Balthazar.

A preschool teacher with a degree in Early Childhood Education before she entered showbiz, Isabelle has been reviewing her lessons from college.

She has also been consulting with experts, and reading books on child development.

The book Bringing Up Bébé by American journalist Pamela Druckerman particularly caught the interest of the ABS-CBN actress.

She wrote, "The French believe that kids feel confident when they're able to do things for themselves, and do those things well."

Being married to businessman Adrien Semblat, a French, Isabelle has the perfect specimen to verify what the book says.

Isabelle talked to PEP.ph (Philippine Entertainment Portal) about some of the things she has discovered about French parenting during the Pigeon Safety Alert event held last May 15, in Rockwell, Makati.

The actress particularly liked the way children learn how to have fun on their own.

She said, "...my mother-in-law teaches me a lot when it comes to French parenting, because they have created children that can stimulate themselves."

To cite an example, she remembered one of her beach outings with Adrien's family.

"I went to the beach, and I had so many toys for my son. Sabi ko, 'Oh my God, he needs to be stimulated' ganyan, ganyan.

"Then I look over and I see my husband. He's playing with his three siblings and they're just digging a hole with their hands.

"Am like, ang dami-dami kong bitbit. I have a ball, I have a shovel, I have a pail, and I have all these toys.

"And here's my husband and his family digging a hole and tuwang-tuwa na sila.

"So, parang, what I learned from there, you don't need to be a many things to be happy or enjoy.

Bringing Up Bebe also enumerated distinct parenting styles of French parents, and some of them were:

The book author wrote, "After children have learned to talk, [French] adults don't praise them for saying just anything. French parenting is about praising kids for saying interesting things, and for speaking well."

Quoting the French philosopher Jean-Jacques Rousseau, Druckerman wrote, "Give willingly, refuse unwillingly. But let your refusal be irrevocable. Let no entreaties move you; let your ‘no,’ once uttered, be a wall of brass, against which the child may exhaust his strength some five or six times, but in the end he will try no more to overthrow it. Thus you will make him patient, equable, calm and resigned, even when he does not get all he wants."

3. French children don't see the world as a scary place.

Druckerman continued, "French parents are very concerned about their kids. They know about pedophiles, allergies, and choking hazards. They take reasonable precautions,” she writes. “But they aren’t panicked about their children’s well-being. This calmer outlook makes them better at both establishing boundaries and giving their kids some autonomy."

Isabelle has also observed that the French have a much more lenient approach to parenting than the Filipinos.

She said, "I think Filipinos, we coddle our children so much. Whereas the French, siyempre it's not in their culture to have help and have yayas, so they're a bit more relaxed.

"So, I think I'm learning from him how to be more chill."

When it comes to food though, the French are stricter than the Filipino parents.

"In the book, it says, first you give them the vegetables and then you feed them the main dish.

On the other hand, the Filipinos are much more thoughtful parents than the French, Isabelle pointed out.

"Whereas them, they don't think of that, I guess?"

But there is one aspect of French parenting that surprised Isabelle: They allow kids to be "naughty."

She said, "That was, for me, a shock because tayo we're always correcting our kids. 'Don't do this, don't do that. Hindi iyan puwede.'

"But in France, they give them time to be naughty because it is in our nature to deviant.

"They have this, parang, bad word called caca boudin, which means like 'poo-poo.'

"It's like a bad word for kids, but it's not really a bad word. It just means poo-poo.

"They teach to children that you can't say that in the dinner table, but when you're in the playground, you can say it.

"Meaning, hindi ko puwede sabihin with my parents, but now that I'm with friends, I can say it. And it makes them feel a little bit naughty.

"We can't understand that, but it's like deviating from what is right, allowing them freedom of expression."

Which parenting style does Isabelle abide by?

Isabelle said that she would rely on her own gut feel.

She said, quoting a psychologist she consulted, "'There's no right way to learn to raise a child. You just have to do your best in the best way you know how.'"

Isabelle added, "I know it's gut feel and I think when you become a mom, you have a gut feel of what is correct and what isn't."