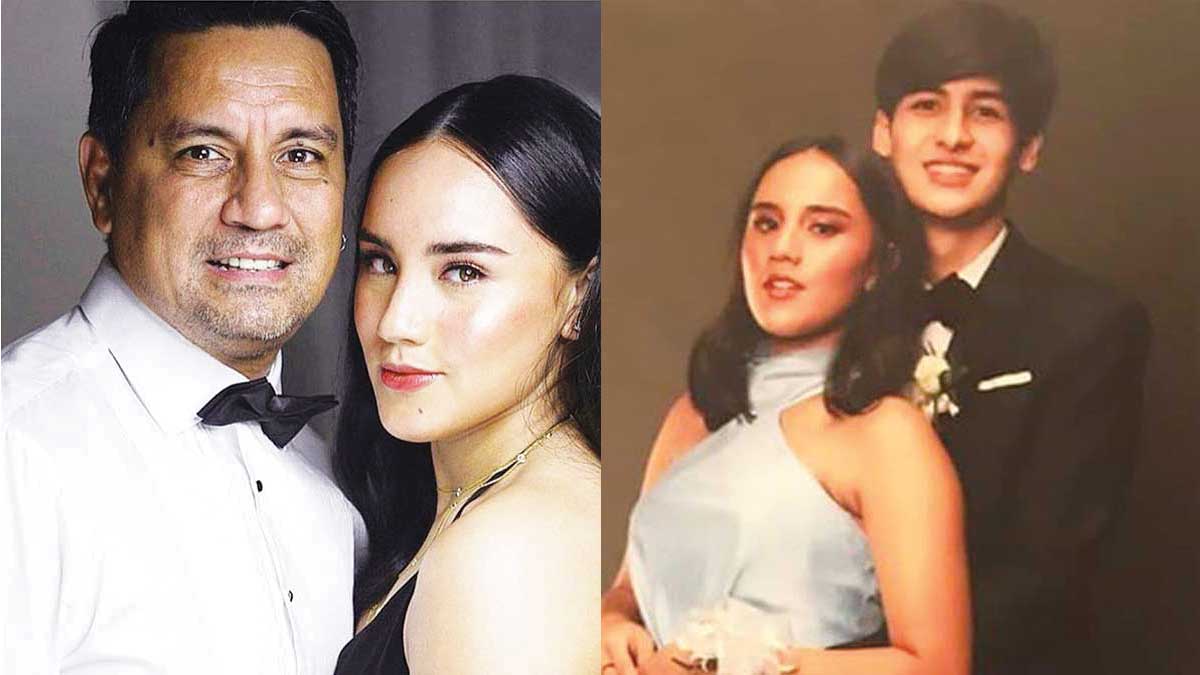 The event was held last May 30 at The Bellevue Manila in Alabang, Muntinlupa City.

In a phone interview with PEP.ph (Philippine Entertainment Portal) this Saturday, June 1, Richard confirms that Aga called to ask if Andres could have Juliana as his date for prom night.

At the time Aga called, both Lucy and Richard were in Ormoc City, where she is the winning congresswoman, and he, the winning mayor, of the recent May election.

We ask Richard if he felt a bit nervous, considering that Juliana is his unica hija.

Richard tells PEP.ph that Andres and Juliana are not really close, but they have common friends.

The actor-politician also tells that he is confident that his daughter is in good hands since he has known Aga a very long time.

Richard and Aga had the same talent manager during their heyday: the late Douglas "Tito Dougs" Quijano.

We also tease Richard about any special requirements he might've made before he agreed to Aga’s request, such as setting a curfew for Juliana.

He says he didn't impose any demands, adding that the kids have it in them to do the right thing.

Did his daughter recount how her date turned out?

We ask for Richard’s reaction to netizens approving of Juliana and Andres's photos together on social media.

During the phone interview, Richard divulges that after the prom Juliana and Andres, together with other friends, went out for an after-prom celebration.

Did he worry about Juliana going out for an after-prom celebration?

Did Aga or Andres thank him for allowing Juliana to be Andres’s date?

While couple Richard and Lucy are showbiz personalities, their daughter has not yet entered mainstream showbiz.

However, Juliana can be seen gracing magazine covers and billboards.

Will Richard allow his daughter to do showbiz full-time now that she's 18?

“It’s up to her kung ano ang gusto niyang gawin.

So far, Juliana is not showing any interest in showbiz.

We ask Richard what plans Juliana has made plans for college.

He confirms that Juliana plans to study at the University of the Philippines in Diliman, Quezon City.

He mentions that Juliana plans to take the degree as her pre-law course.

We tease Richard about the possibility of his unica hija following in his footsteps as a politician.

He responds with a chuckle, “Hindi ko alam. Bahala siya.”