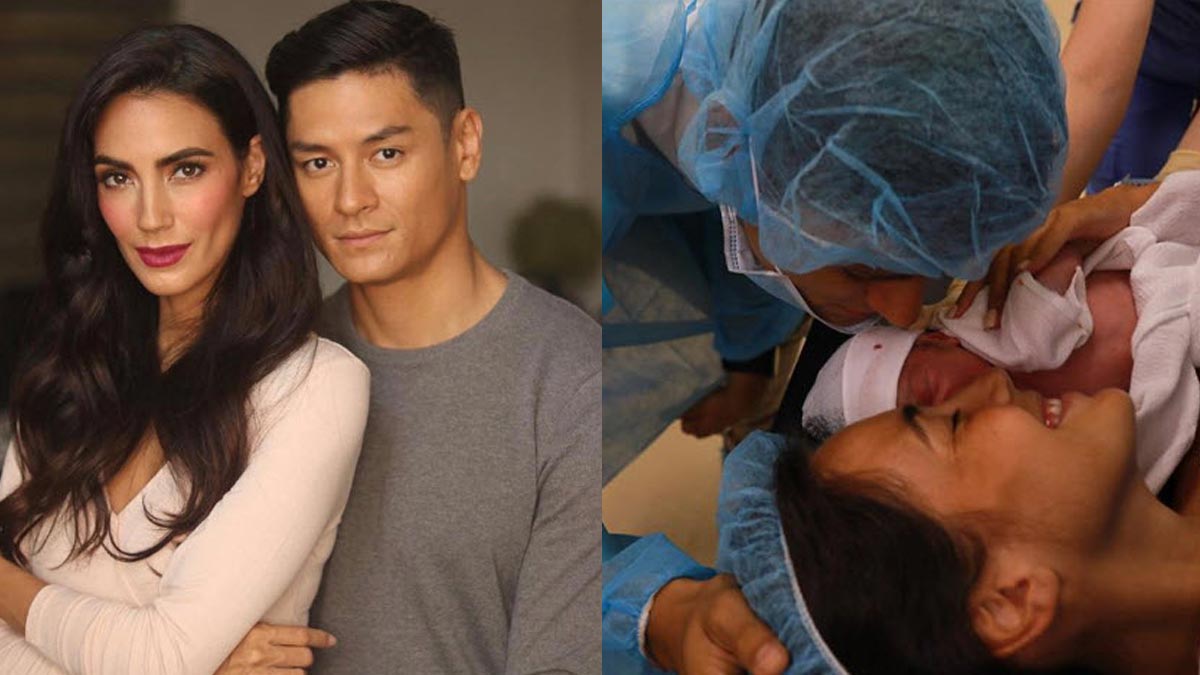 Fatima, who first caught our attention on Instagram with her tiny baby bump at five months, posted photos that marked the end of her pregnancy journey.

Her post read: "And my pregnancy journey ends up here welcome my sweet baby KENZO I am beyond happy and greatful, he is such a sweet and chill baby he even came out smiling"

Fatima honored her husband Hideo on Father's Day with a lengthy tribute post.

"Let me tell you something about the best father I know," she began.

Before becoming a dad, Hideo never held a baby in his arms.

It was only when their eight-year-old daughter Daniela was born when Hideo had his first try.

Fatima continued, "When Daniela was born something clicked on him, I saw it, the way he looked at her, his smile, the bond... he was really meant to be a father, he is always been a man of value and word..."

But becoming a father at a young age also forced him to make an important life decision.

As Fatima revealed in her post, Hideo was advised to keep his baby a secret.

"It was better for work," she recalled.

"When he asked me for advise I told him that whatever he decided I'll support him on that but it was really his choice to make, he knew that something was not right and he didn't want to live a lie wether that meant maybe less work for him so he decided not to hide the fact that he was a father, instead he was a very much proud father!"

Then another life-changing decision turned up in Hideo's life when Daniela—or Danda as they call her—was three years old.

Fatima wrote that Hideo was offered to go to "New York and LA by one of the best agencies in the world.

She continued, "He asked me again for advice, not everybody gets the offer to go to NY with the best modelling agency's and he knew it was a big deal,

"I again told him it was his choice to make and I'll support him no matter what,

"He chose Danda, he couldn't leave for months and not to be present on his daughter's life, education, milestones... even if that meant loosing a huge opportunity like that,

"This is Hideo, he is a real FATHER his life turns around his daughter he does everything for her, he talks the talk and walks the walk,

"There is no a day that pass by that he is not reading, studying and trying to improve his lifestyle for him and his family,

"He is full of love, honesty love, value and mean.

"I have no words to express how proud o am to see him become the father and the man he is,

"Your kids will look back on the future and will thank you and will be so proud of you I'm sure, as I am now, thank you for your values, for your huge heart and for providing your family the amazing life we have all by being present, caring, honest and loving you are a great example as a father and as a man, we love you happy Father's Day"