Andi Eigenmann not in a rush to shed postpartum weight 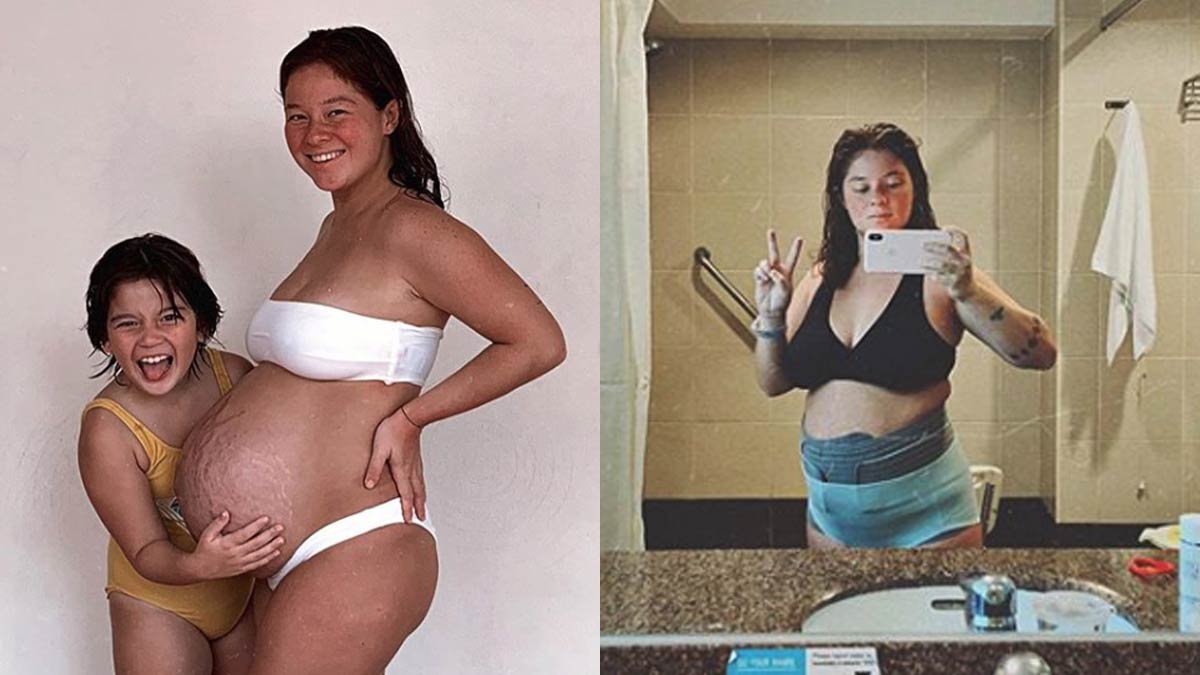 Thrilling moment for Andi Eigenmann and first daughter Ellie: the arrival of new baby in the family. The part-time actress is getting her rest before starting her postpartum fitness routine: "Healing is the first step!"
PHOTO/S: @andieigengirl on Instagram

Andi Eigenmann gives her followers a look at her body after giving birth.

This is Andi's latest entry in a series of updates that she began on Instagram in February 2019 when she announced her second pregnancy.

She writes, "Sorry in advance to those who will not be pleased by this photo. I am back with my body updates!

"This photo was from the fresh 48 at the hospital. Taken after what seems to be the best/ longest shower of my life! Decided to snap a pic to show what I look like 1 day post- partum."

In this latest post, Andi Eigenmann is deciding to document her postpartum fitness journey next.

Andi hopes to show pregnant women how to get back in shape after giving birth via Cesarean section or C-section.

"I figured I'd share it here too since most of those who talk about their comeback firness routines that Ive read online are from post normal births, and not much post c- sec."

But then, also, the part-time actress seems "not in a hurry" to start a rigorous fitness routine.

She says, "Im still busy obsessing over my super cute newborn and also, healing is the first step!

"As a c- section mom, we shouldn't need to be in such a hurry to get back into exercising because it will be easier to do that once we let ourselves recover completely by getting the rest we need in between caring for baby.

"Besides, breastfeeding is good enough exercise for now..."

The daughter of actress Jaclyn Jose and late actor Mark Gil, however, underlines that rest doesn't mean "being completely immobile."

For her, it means "we shouldnt overdo anything."

And adds, "walking is definitely a great idea."

She and partner Philmar Alipayo named her Lilo.

ANDI: A MOTHER OF TWO

Gazing at Baby Lilo and her first daughter Ellie together, Andi is still in disbelief that she is a mother of two.

In her post on Monday, July 29, she writes, "Last night was the first school night with baby and first night having Ellie back since her sleepover with the cousins.

"...having a kid and an infant at the same time could get demanding but still such a lovely feeling and Im so glad that my ate has been so amazing to her lil sis."