Solenn Heussaff recounts the day she found out she was pregnant 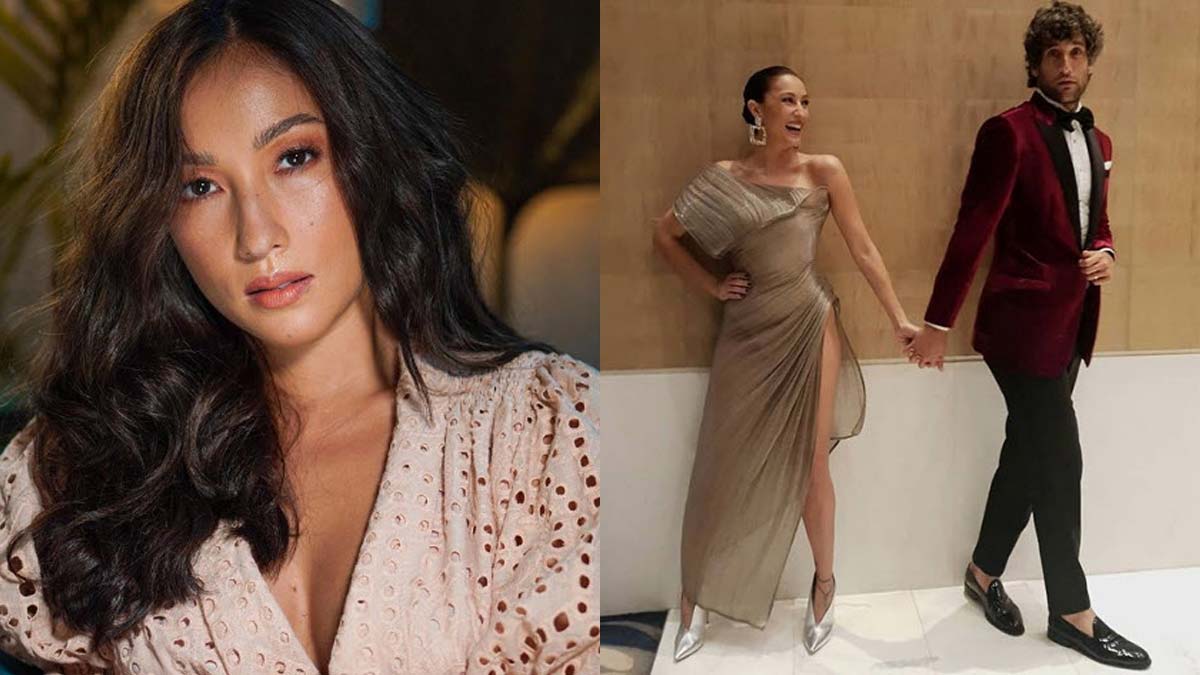 Solenn Heussaff is excited to see what her baby with Nico Bolzico will look like. She has no plans of doing a gender reveal party.
PHOTO/S: @renzpangilinan / @solenn on Instagram

Solenn Heussaff and husband Nico Bolzico still find it "surreal" that they are going to be parents soon.

True to their personality as a couple, Solenn laughs at how Nico is in disbelief about her pregnancy.

In an interview with PEP.ph (Philippine Entertainment Portal) and FemaleNetwork.com, she relates, "He's telling me like, 'Can your stomach pop already? It's like, I don't believe it.' Because I'm not tired, I'm not vomiting, like I'm normal.

"So yeah, it was fun. Very comedic. Very me and Nico."

WHEN DID SOLENN AND NICO'S BABY PLANS START?

Solenn reveals that she and Nico had been trying to get pregnant for eight months.

"It's not like it was a surprise or an accident or whatever. I'm 34 also, so it's that time," Solenn says.

"I've always wanted a kid in my late 30s. I'm not the type that wanted to start early even if I knew that, okay, so many people tell you the older you get, the harder it is.

Every month, Solenn and Nico tried to have a baby. But on those first few months, the pregnancy tests always came out negative.

The GMA-7 actress continues, "Every month we were disappointed. Apparently ,the more you want, the less it happens. And then parang towards March, I was taking hormone pills kasi medyo slow ako down there.

"Nico got himself checked, I got myself checked. Went to the doctor, saw a specialist. I was even planning, 'Okay, if by the end of the year there's none, maybe let's do IVF or something.' Like I really wanted this year."

Then finally, the good news arrived.

HOW SOLENN FOUND OUT SHE WAS PREGNANT

Nico was in Japan when Solenn found out that she was with child.

The soon-to-be Kapuso mom recounts, "I found out when I was home alone. I didn't want to test because I was scared to be disappointed again. I'll just wait like 10 days.

"And then I drank my coffee and it tasted like shit and I love coffee, so I was like I let it be. I didn't want to be excited.

"And then again, I was so tired, so sleepy, so I was googling early symptoms of pregnancy.

"I said, 'Just wait! Girl, it can be three days to seven days late to ten days late, especially if I'm thinking about it. Too stressful. We'll do it when you come back.'"

Solenn then went to bed, but she couldn't sleep. The actress then decided to take a pregnancy test at four in the morning, and it came out positive.

"I cried and I hugged Pochola [their dog] because I was home alone. And then, I didn't want to tell Nico because I wanted to see his reaction, because he's been wanting it for four years actively, and I was like 'Not ready, not ready.'

"And then he was too excited, so I just sent him a photo of the test. And then he was like, 'What does that say? I can't read. I don't understand! Is it positive? Is it negative?'

"And then I was trying to call him and he was hanging up on me. I was like, 'What's wrong with you?'

Solenn and Nico then kept the baby news to themselves for a while.

Eventually, Solenn and Nico announced to everyone that they were expecting a baby. In a conceptual Instagram post uploaded on August 10, they remind each other that they are "in this together."

Solenn confesses that she is "more nervous than scared" about having a baby, but she is "excited to see what the baby looks like."

She says, "Like the mix of Argentine, German, Italian, Filipino, French," then adds, "Excited to know the gender, but we'll do that when we give birth na lang."

For her, pregnancy has been "very zen," which is why she hopes other people around her will be relaxed about it too.

Solenn has been receiving baby-related items and pregnancy advice from everyone.

She says, "Every time people send me things, I'm like what the f*ck is this? They send me like pump thingies, and I'm like, 'This is so weird.' Like I cannot even begin to want to learn this.

"They're all like, 'Oh my god, do you feel anything? Do you want to order anything?' I said, 'Guys, I'm super chill. I just want everyone to chill the f*ck out. I want everyone to stop telling me what to do.' That's all I want.

When it comes to her personal day-to-day activites, Solenn's pregnancy has taught her so far to be "more patient" and more easy-going.

"My mood right now is just relaxed. Like, I'm very zen. When there are issues, I don't really dab in time and I feel like I'm more patient. There's nothing else that's important to me in the moment.

"Like before when I wouldn't have work for one day, I'd panic. Anxiety. Now I don't have work, 'Okay, I'm going to paint or I'm just gonna chill at home.' Like I'm very relaxed."

Solenn hopes for one thing: "I want healthy. Healthy is the number one."

Solenn was hailed as "The Visionary" thanks to her work as a visual artist.

ABS-CBN actresses Angel Locsin and Kylie Verzosa were also among awardees, but they were unable to attend the ceremony.