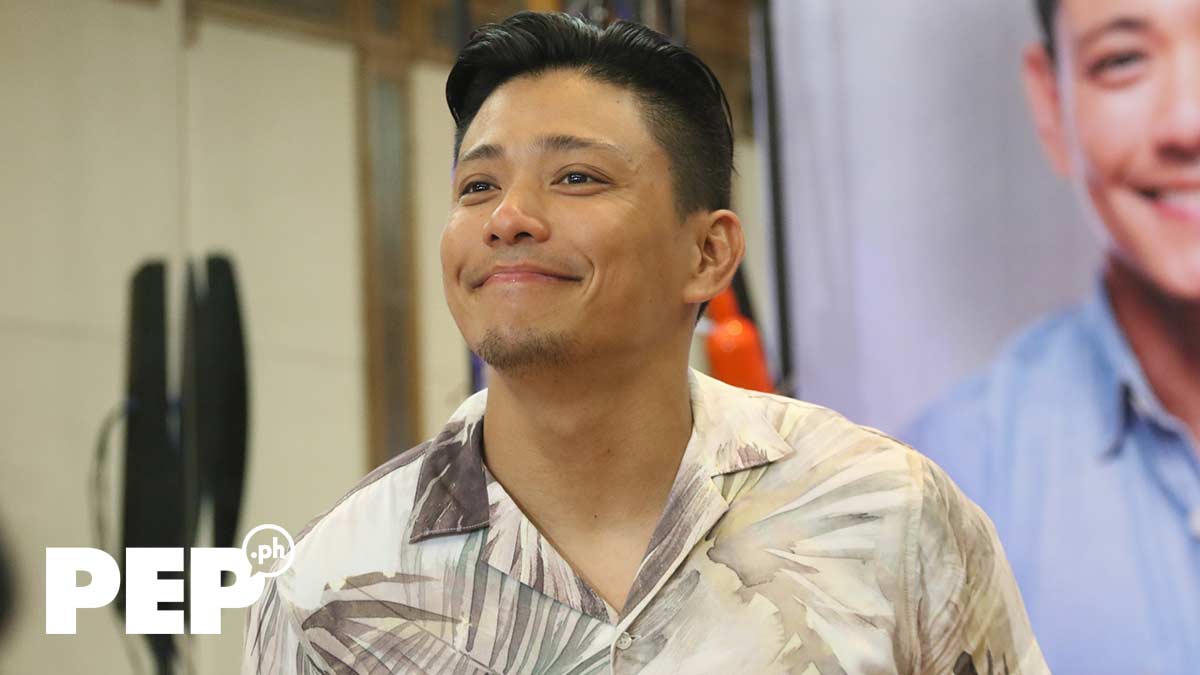 Drew Arellano admits he gets tired from time to time, but he always makes it a point to rest. The GMA-7 talent says, "Everyone is trying to extend their lives. We are not just working to get to heaven kaagad, 'no? We're trying to extend."
PHOTO/S: Noel Orsal

Despite being the host of GMA-7 weekly shows AHA and Biyahe ni Drew—with the latter allowing him to travel to different places across the Philippines every week—the long-time Kapuso talent still manages to find enough time to be home with his wife Iya Villania and kids Primo and Leon by 7:00 p.m.

This motivation to prioritize family comes from a realization Drew had when he was younger.

"My life revolved around that objective: how can I be a great father? Then I have to sacrifice a few things.

"Work hours should be regulated. Other stuff, like, wala na iyong friendship time lalo na before when I was still single. You can still go on gimiks and I can leave the house even at 7 p.m.

"For me, that’s not an option right now. I have to be home by 7 p.m. So yeah, it kind of started with the objective.

"I wanna be a great father, so I need to adjust all other aspects in my life. That's the priority and others come secondary."

Talking more about balancing work and family, Drew admits that he does get tired at times. But he does make it a point "to sleep at least eight hours a day."

He continues, "I could stretch it out to nine hours if I’m with my kids because they sleep early, I sleep early.

"Yes, I get tired like most people, but I make sure that I need my rest."

For him, life is more than just the hustle.

"So for me, I've been trying to extend it by exercising regularly, trying to eat healthy, and getting the much-needed rest.

"Yes, we get tired, but more importantly, we need to rest in order to be a hundred percent again the next day."

Who is Drew's role model when it comes to becoming a great father?

The TV host looks up to none other than his own father, the late Atty. Antonio "Aga" Arellano, who passed away six years ago.

In 2017, he told PEP.ph (Philippine Entertainment Portal) that he hopes to one day become half as good as his old man was as a dad.

Drew said, "My dad is such a cheerful and thoughtful guy... I am still trying my best to be thoughtful."

Drew and Iya's first son Primo, who was born in August 2016, was named after his late grandfather.

Three years later, the couple welcomed their second son Leon, who was also born in August.

How has life been with two boys?

Drew tells PEP.ph at his recent contract renewal media conference, "It's not easy. It's never easy. But we try as much as possible to work things out, you know?

"No parent can be perfect, so it's an ongoing challenge. But it’s fun. That’s the best part."

Drew is glad that Leon arrived at a time Primo is mature enough to do things on his own.

Drew and Iya recently launched a family channel on YouTube. Here, and on the rest of their social media platforms, the father of two says he hopes their content will be "inspirational" and "aspirational" for their fans.