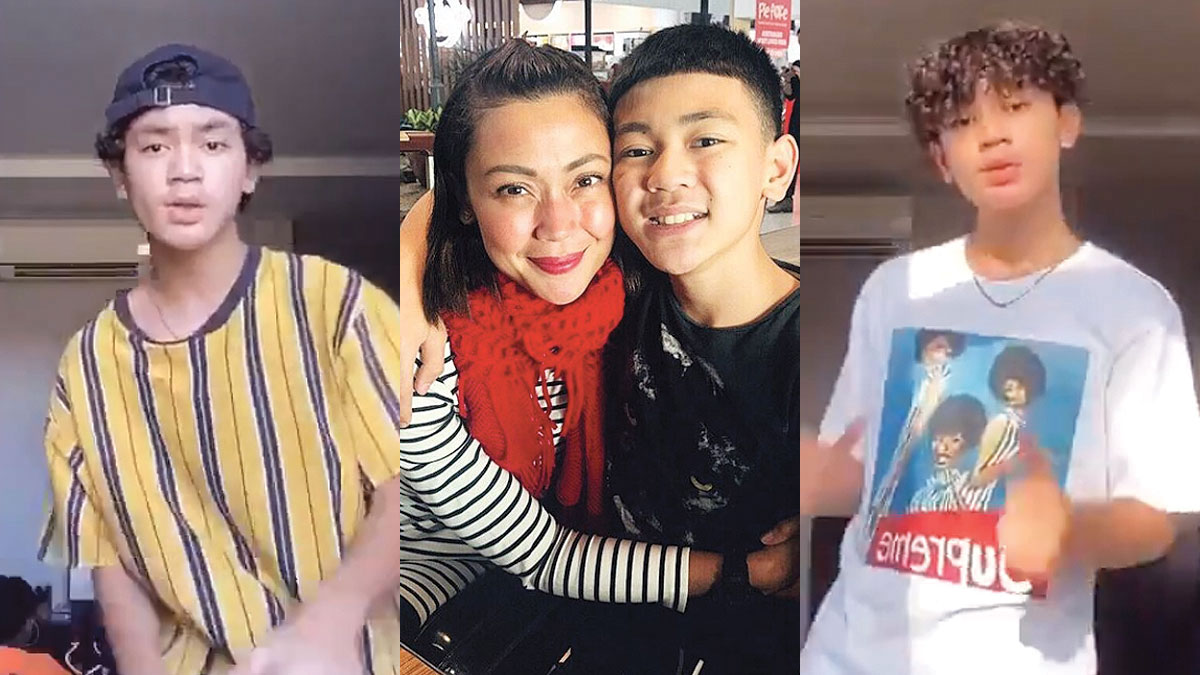 Jodi Sta. Maria and her 14-year-old son Thirdy, who has started dancing to his own music.
PHOTO/S: Thirdy images from TikTok / @jodistamaria on Instagram (center)

Jodi Sta. Maria’s son Thirdy is all grown up, and what a dancer he is turning out to be.

At 14, the teenager is shedding his “little boy” image, and has his own social media accounts, with, apparently, his mom's full blessing.

And so there he is letting his hair down, and doing slick dance moves on Tiktok, which he then reshares on Twitter on April 9, Maundy Thursday.

In their reactions to Jodi's tweet, actress Bela Padilla and teleserye director Jojo Saguin express surprise at how Jodi’s son has grown. 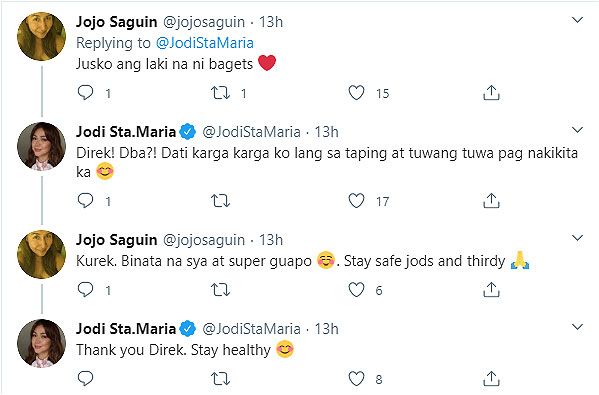 Jojo was Jodi’s director in the 2011 Kapamilya teleserye 100 Days in Heaven.

Jodi and Pampi were married in 2005 in Nevada, U.S.A., and had their civil wedding in Parañaque City in June 2005.

Their marriage lasted five years, but they have remained good friends and are relaxed co-parents to Thirdy.

In previous interviews, Jodi and Iwa have been vocal about their friendship, which is evident in their respective social media feeds.

Jodi has been photographed with Pampi and Iwa on special occasions, together with their kids, which probably proves that all is well among them.

In an interview on April 2019, Jodi talked about her relationship with Pampi.

She said, "We may not be together as partners, but we can co-parent our child in the best way we can, to be able to give him not only a bright future, but also to show him that despite the situation, kumbaga, magkakatuwang pa rin kami sa pagpapalaki sa kanya."

She also opened up about her friendship with Iwa in an interview in January 2018.