Jackie Forster opens up about becoming a mother at 16 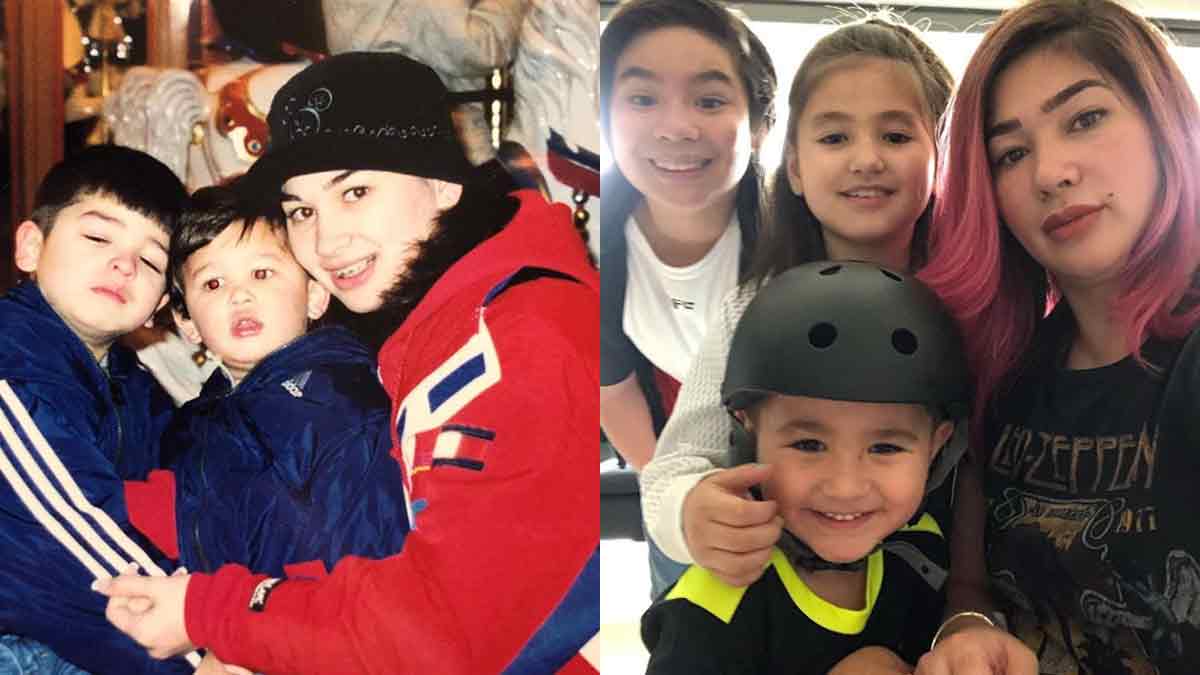 Jackie Forster recalls life as a young mom. She had her first son Andre at 16 and her second son Kobe at 19. The former actress has three other children: Jared, Caleigh, and Yohan.
PHOTO/S: @jackie_forster on Instagram

Jackie Forster recalls how difficult it was for her to be a mother at 16.

She says, "I wasn't sure who I was. Parang ang tagal before I kind of found my footing."

Jackie makes the revelation during her guest appearance in Mafae Management's In Love With Me series on Facebook June 23, 2020.

The In Love With Me series features empowered individuals and their stories.

Jackie's story began when she was 12, a newbie in the fashion industry.

She relates, "My aunt, my mom's sister, was a model in the Philippines. I looked up to her. When I was about 12, I just wanted to get into modeling, I thought I wanted to perform."

Her aunt had connections in the business, and this led to Jackie getting her first modeling gig.

Jackie continues, "As a young girl, you don't know your power. I started at 12, and I also started a family at a young age. At 16.

"So, it was only like four years when I got to work and learn a little bit more about life until I was thrown into motherhood."

At the time, Jackie was living in with basketball star-turned-comedian Benjie Paras, who was 10 years her senior.

They had two sons: Andre and Kobe Paras.

From the moment Jackie and Benjie got together, she says they faced one problem after another.

At 16, Jackie gave birth to Andre in the United States.

At 19, she had Kobe, and then she learned that Benjie had a child with another woman.

A part of her long 2015 caption reads, "He would oftentimes go missing and would turn off his cellphone so he was unreachable."

Jackie was 21 when she and Benjie separated, which led to her estrangement from her two sons.

She remembers feeling adrift and confused at that age, "And here I am. I'm a mother, I'm separated, and I'm unemployed.

"I had my separation, and then I started having an identity crisis. I wasn't sure what I was doing in my life."

But Jackie also sees this period in her life as a turning point.

"It's really through experiences and circumstances where you kind understand what kind of powers we have. And those powers can make us or break us. It's really just black and white.

"It’s only when I started experiencing problems that I really understood that I have control over this, you know?"

She admits it took her a long time to process what she was going through and learn how to rebuild her life.

"The mistakes are the biggest ones for me because they teach you the most."

JACKIE and her family TODAY

Over the years, Jackie has managed to build a better life for herself.

Apart from Andre and Kobe, she now has Jared (center), her son from a previous relationship. Her kids with her husband Michael Franken (2nd to L) are Caleigh (L) and Yohan (R).

And although out of sight, Andre and Kobe were always, Jackie says, in her mind all those years she lived abroad, away from public spotlight.

Jackie says she prayed hard for the day she would see her two older sons again.

After 12 years of separation, Jackie got together Andre and Kobe and, since then, has been rebuilding her relationship with them.

Today, Jackie can have all her children together in one photo shoot.