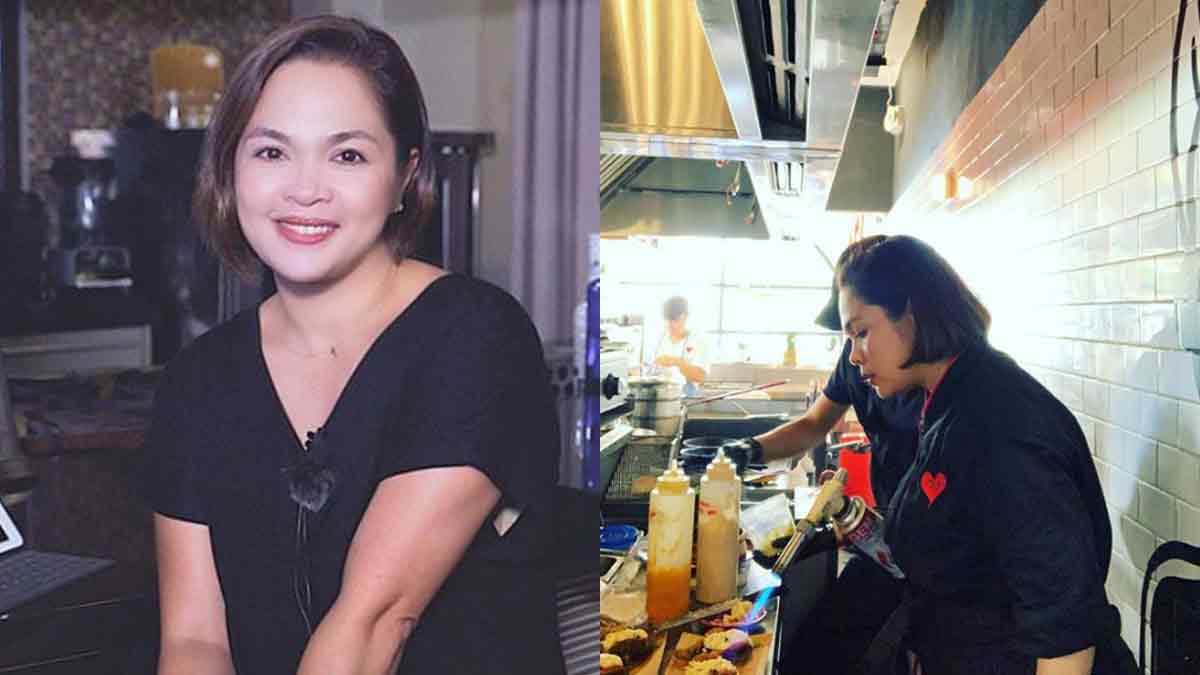 Without a college degree to show her daughter Yohan, Judy Ann Santos takes up Culinary Studies if only to inspire the girl to keep on learning for her own good.
PHOTO/S: @officialjuday on Instagram

Judy Ann Santos studied cooking at the suggestion of her husband Ryan Agoncillo.

It started because she was feeling somewhat inadequate as a role model for their daughter Yohan, whom Judy Ann adopted in 2004 when she was still single.

The actress talked about this part of her life on the YouTube channel of her good friend Sharon Cuneta last September 30, 2020.

At some point in the conversation, the celebrity A-Lister opened up more about feeling insecure in other ways as well.

"Meron akong ganoon. Alam ko in my heart I want to learn something. I want to study something.

Judy Ann decided to pursue cookery under the guidance of Chef Gene Gonzalez, the founder of Center for Asian Culinary Studies (CACS).

her culinary journey so far

At the launch of her first cookbook Judy Ann's Kitchen in July 2015, Judy Ann narrated this same story to the press.

She took time off from showbiz to completely devote her time to school.

It didn't take long for Judy Ann after graduating from CACS to be recognized as a celebrity chef.

In 2018, three years after the publication of her cookbook, she started a cooking series on YouTube.

In 2019, Judy Ann and Ryan ventured into the food business and launched Angrydobo.

Their first food tasters are, of course, the couple's three kids—Yohan, Lucho, and Luna.

Also, you can use these LalaFood promo codes or vouchers when you shop or order online. Marami pang ibang coupons dito.