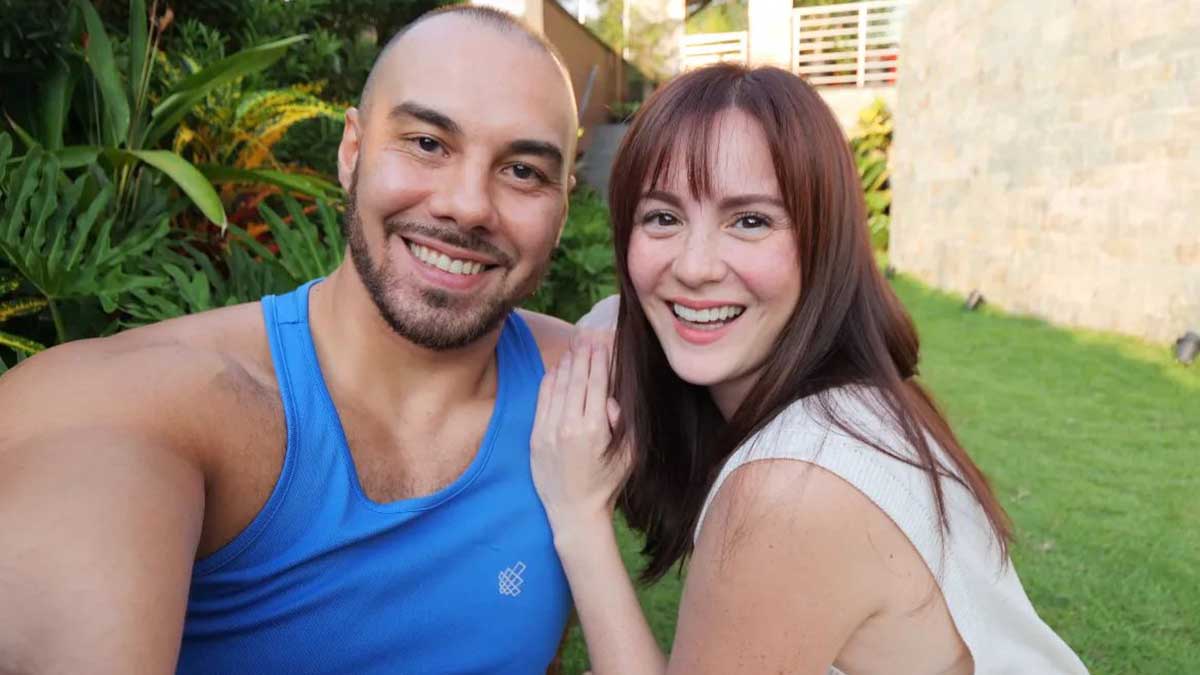 Cheska Garcia and husband Doug Kramer are putting their baby plans on hold after three IVF failures the past three years.
PHOTO/S: @chekakramer on Instagram

Celebrity couple Cheska Garcia and Doug Kramer have decided to put off their plans to have another baby.

The emotional distress caused by their failed In vitro fertilization (IVF) cycles was one of the main reasons they've postponed their plan to have baby number four.

IVF is the process where "mature eggs are collected (retrieved) from ovaries and fertilized by sperm in a lab," according to MayoClinic.org.

On Thursday, March 31, 2022, during her interview with ABS-CBN's morning talk show Magandang Buhay, Cheska talked lengthily about her failed IVF cycles over the past three years.

Cheska said, "Of course, I think, for me more, di ba? Because ako yung nagke-carry, e.

"Because in your mind, actually, when they put already the embryo, you are already pregnant.

"Basically, you're just waiting for it to grow and become a baby talaga.

"So I think it's very hard for women who are doing IVF and expecting because you have a two-week wait window.

Cheska revealed that she and her family were really devastated after they found out that their third attempt failed.

She recalled, "So my last one, my third one, I was really hoping and I was praying because I actually missed my period.

"But then, when I had my... when I did the pregnancy test, I was not pregnant. But I already know the gender of my baby and everything, yeah.

"So it's a very hard journey for anyone who's doing IVF simply because my wait period, pag nag-fail siya, may invested emotions ka kasi."

"So, di ba, especially my last one, my son, si Gavin. He didn't want to hug and hold me. Because he said, 'I thought I'm gonna be a kuya na.'

"'And, you know, let's just take this as a way to thank the Lord that He probably is protecting mama also.'

Cheska said she turned to prayers to help her recover and found strength in her relationship with the Lord.

The 41-year-old former TV host also came to realize and accept it might not be the best time for her to get pregnant.

In the meantime, she has been keeping the faith that she and her family will welcome another baby at the right time.

She told the Maganda Buhay hosts, "It's something that I'm really praying for.

"Actually, the last failed one, talagang sinabi ko, 'Lord, if you don't want us to have a baby anymore, please remove the longing and the wanting to have a baby.'

"Because I also want to be obedient to the Lord. Sometimes, things don't go as planned because He has a good reason for it.

"And I also want to be an obedient daughter and follower, di ba? So, but still, I have that longing but for now, I'm setting it aside."

It was in February 2019 when team Kramer first announced their plan of having a new baby in the family.

In September 2019, Cheska and Doug revealed that they already had two failed IVF attempts.

In a vlog on YouTube dated February 26, 2022, while giving a tour of their son Gavin's new room, Cheska said the room was originally reserved as a nursery.

The family moved into the new mansion in 2019.

It was redesigned and assigned to Gavin when Cheska and Doug postponed their baby plans.

Cheska said, "So what happened now is we decided to use this room be Gavin's room.

"And if God decided to bless us again, we'll think later on, down the line where that new room for the baby will be."