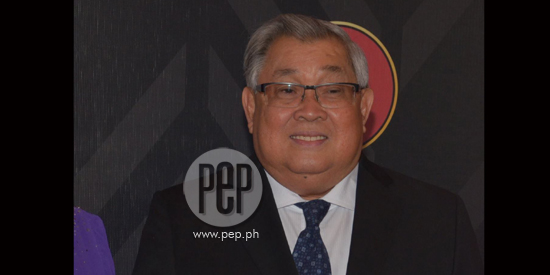 Atty. Felipe L. Gozon, chairman and CEO of GMA Network, says that the financial performance of the company from January to May 2015 has improved compared to the same period in 2014.

GMA Network chairman and chief executive officer Atty. Felipe L. Gozon has announced that the financial performance of the Kapuso network has improved from the start of the year until May 2015 compared to the same period in 2014.

During the June 13 Kapuso Family Day at the Enchanted Kingdom, Atty. Gozon said that the Kapuso network’s performance improved by 11 percent.

"Gaano kaganda? Mas mataas ng 11 percent in the same period than last year,” Gozon was quoted as saying in an article published on gmanetwork.com

Atty. Gozon even added, "Our business is not just doing good, it's booming."

He also pointed out that the gross sales revenue of GMA, as of June 11, has surpassed the total monthly income of June 2014.

Given this trend, he predicts that the company will continue performing well especially since it will be an election year in 2016.

This improved financial performance of GMA Network is seen amidst the manpower reduction implemented last April.

It will be recalled that GMA terminated contracts of workers in Bacolod City, Cagayan de Oro City, Naga City, and Ilocos.

The Kapuso station confirmed through an official statement that the layoffs were done as part of the “strategic streamlining of programs and manpower” to ensure the network's business competitiveness.