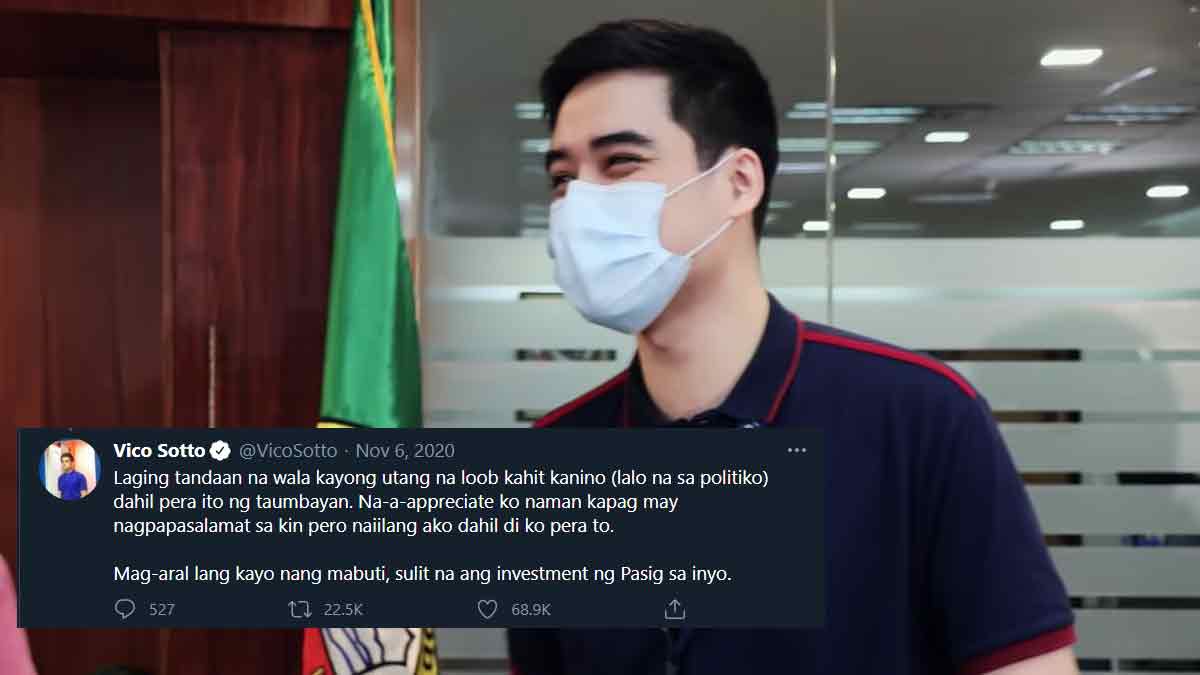 The concept was "A Day With Mayor Vico," which entailed a tour around the city hall with him.

And one thing the actress-host noticed: There was not a single tarpaulin or publicity material promoting himself and his government projects.

His declaration earned praises from Twitter and was one of the top trending topics this Sunday, February 21, 2021, a day after the vlog was released. 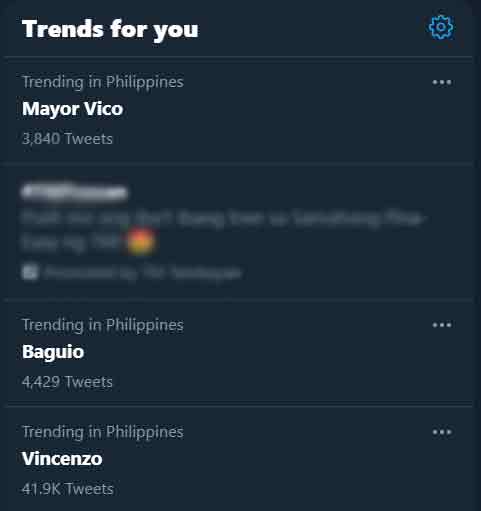 Twitter user @ej_villamz added that it must be "so good" to be a "working professional in Pasig City right now" because intergrity is honored.

The Pasig City mayor has been consistent with his platform, which he tweeted about after a virtual assembly with Pasig City scholars on November 6, 2020.

He said at the assembly that people do not owe a debt of gratitude to the politicians since local government unit projects are funded by their taxes.

Mayor Vico, 30, the son of Vic Sotto and Coney Reyes, was elected for his first term in office in May 2019 and has since been earning kudos for his delicadeza while serving the public.

He is among the young politicians now known as the "Millennial Mayors."