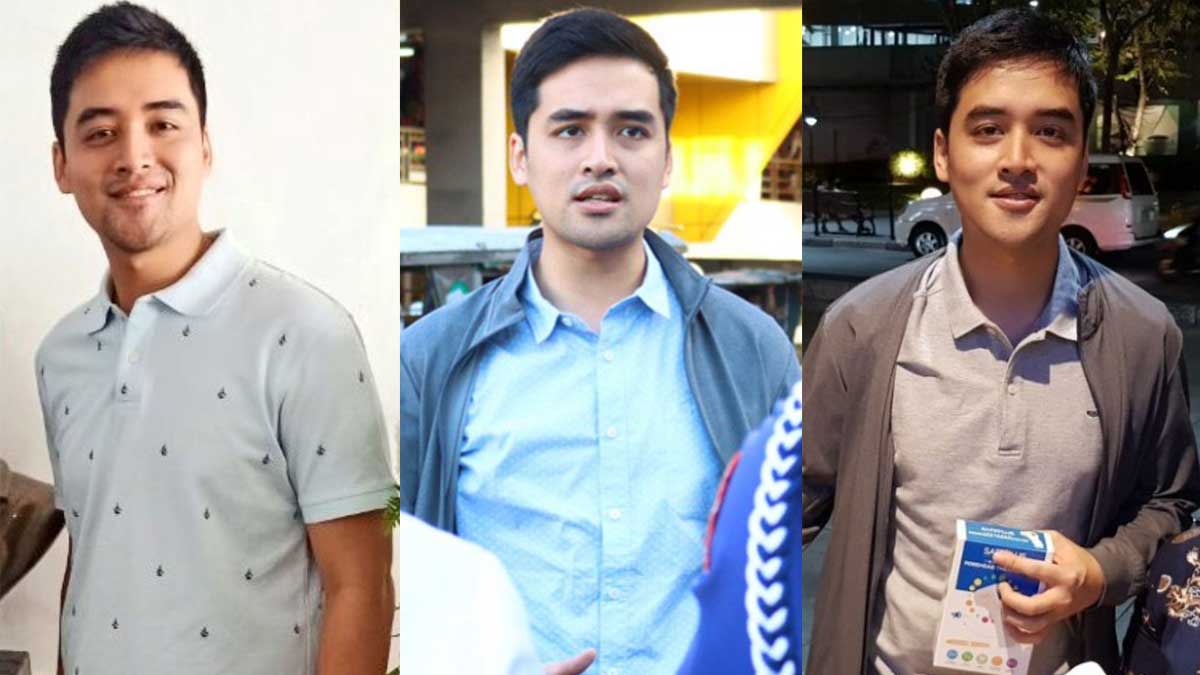 Get to know more about Pasig City Mayor Vico Sotto: his fight against corruption, his penchant for being battle ready, his motivation as a leader and other things that have earned him the admiration and respect of Pasigueños and, for that matter, even non-Pasigueños.
PHOTO/S: Vico Sotto Twitter

To his flock of admirers, Vico Sotto is sometimes "ViVico" and sometimes "babe mayor."

"ViVico" has since been used as a hashtag each time the neophyte Pasig mayor is praised for his fast and efficient moves to meet the COVID-19 crisis in his city. 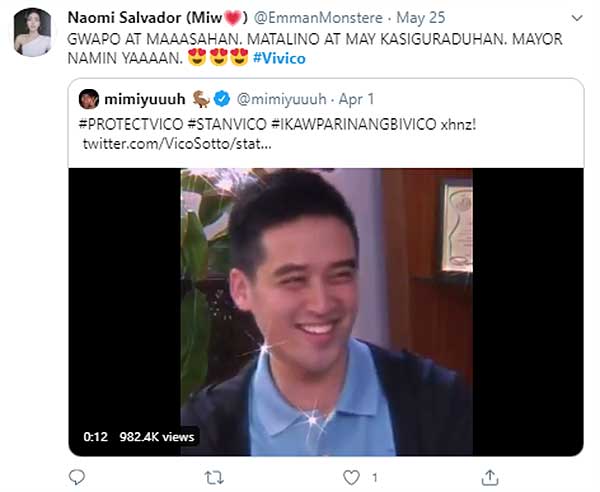 But as early as July 2019, Vico was already being called "babe mayor," following his historic win against Pasig's political giants, the Eusebio family.

As the 30-year-old Vico continues to draw the attention of both media and public, PEP.ph (Philippine Entertainment Portal) goes one-on-one with him on PEP Live,Thursday, May 28.

Here's a roundup of 10 THINGS ABOUT VICO SOTTO that PEP discovered from his 30-minute interview.

1. HE REFUSES TO BE INTIMIDATED

Vico says he does not let his age or his position hinder him from getting the job done.

There are times, for instance, when his views differ from the views of bigger and higher officials in the national government.

But Vico says he is not afraid to speak his mind, especially when it comes to trouble-shooting the concerns of Pasigueños.

On April 1, Vico took to Instagram to show how he was swamped with papers to sign at the mayor's office, just as he was being grilled by the National Bureau of Investigation for a supposed violation of quarantine protocol.

"Let's just work," he wrote on the caption of his post. 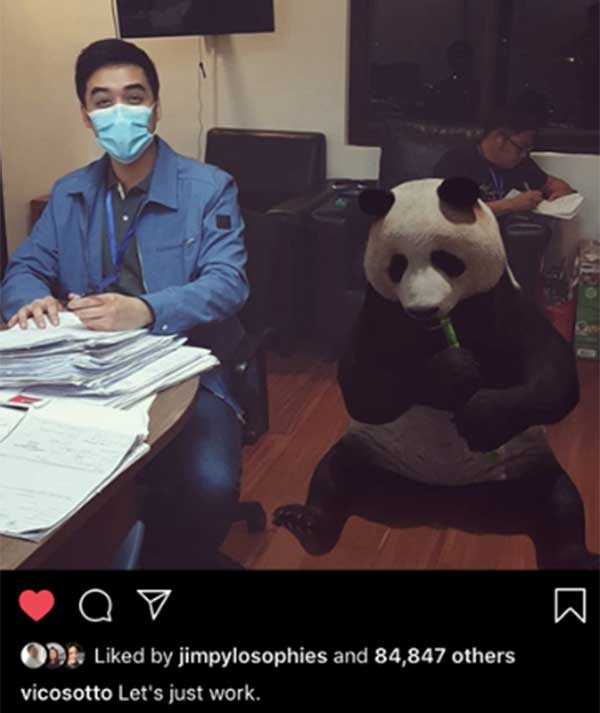 Note that this was the same day he received a letter from the NBI asking him to explain why he had allowed tricycle drivers to operate in Pasig when mass transportation was prohibited during ECQ.

Vico pointed out that the Bayanihan To Heal As One Act—the law that he supposedly violated—had not even become law when the March 19 incident involving Pasig City tricycle drivers occurred.

2. HE LIKES to be battle READY

Vico says he and his team at the Pasig City Hall believe in planning ahead of time.

"But we need to prepare for every eventuality. Kailangan natin maghanda sa kahit anong posibleng mangyari.

As an example, Vico talks about how his local government unit is thinking of ways of helping Pasig students should classes open on August 24.

While he did not disclose the exact program his LGU is working on, he says funds have been allocated for any measure they finally decide on.

3. HE DOES NOT SHIRK FROM THE HARD FIGHT

From the start of his mayorship, Vico vowed to curb corruption in Pasig City.

Talking about what movitates him, he tells PEP.ph: "Hindi tayo basta umo-okay lang.

He admits that fighting corruption is a hard fight, but Vico believes it's worth the effort.

In December 2019, Vico announced on his Facebook page that his city saved "over PHP150 million" in the first five months of his governance.

This was achieved, he said, through "honest-to-goodness public bidding for the city's goods and services."

He also said that the city was able to reduce the ceiling price for all budget contracts by a "minumum of 10 percent." 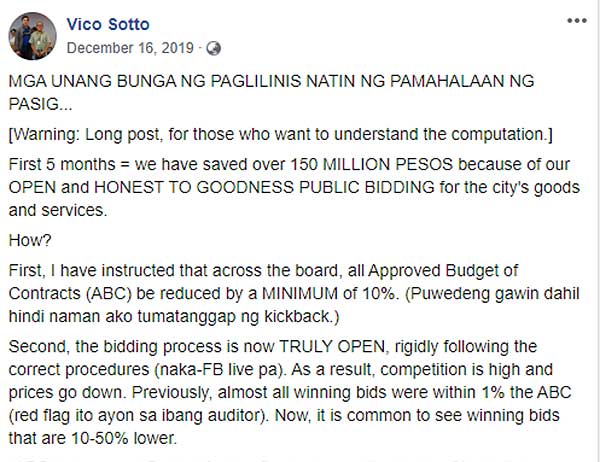 4. HE SURROUNDS HIMSELF WITH GOOD PEOPLE

According to Vico, the secret weapon of Pasig City's good governance is having a good core team with him.

It is no accident, he says, that he is surrounded by people who are capable and honest.

"Thankfully, I was able to find people in this journey na ganun."

Seen below is a snapshot of Vico and his colleagues manning the Pasig City admin office on Sunday morning of April 5: 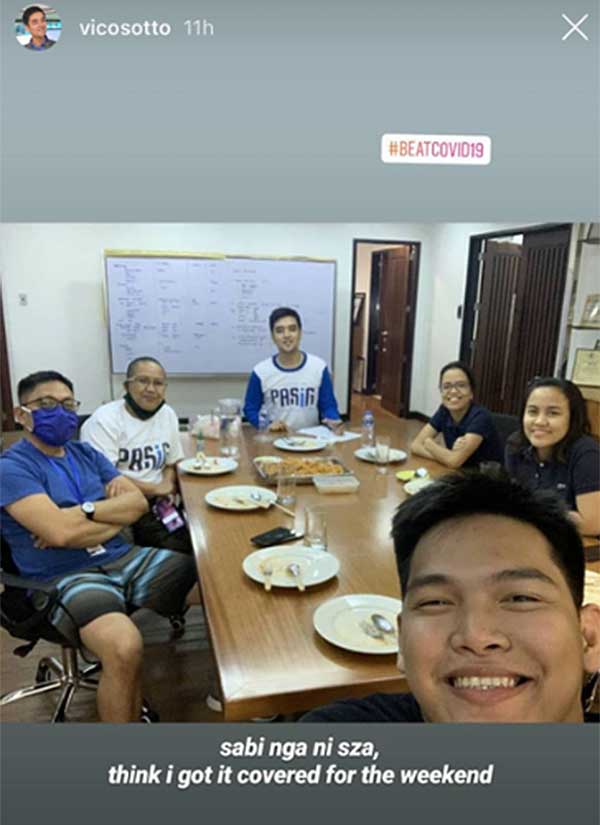 5. HE IS OPEN TO BEING CORRECTED

Vico knows he is not perfect.

As such, he wants his staff to tell him when he's wrong.

The photo below was taken during Vico's inspection of a centralized quarantine facility in Pasig on May 6. 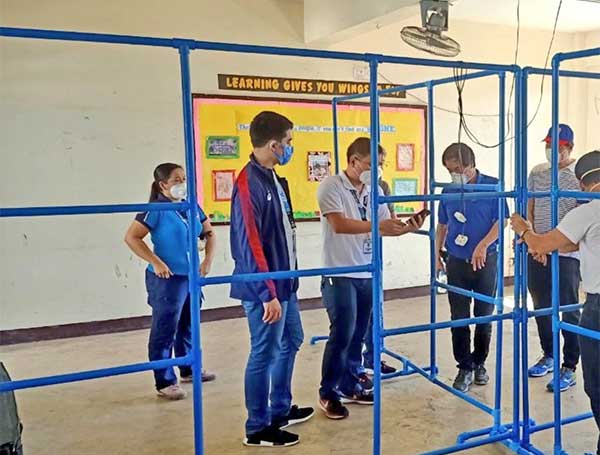 6. HE GIVES CREDIT WHERE IT IS DUE

He admits that he actually copies the "best practices" of other cities in the fight against COVID-19.

Below is Vico's Twitter post of March 16, showing how Pasig's city ordinance on anti-panic buying and hoarding was inspired by measures adopted earlier by Valenzuela City. 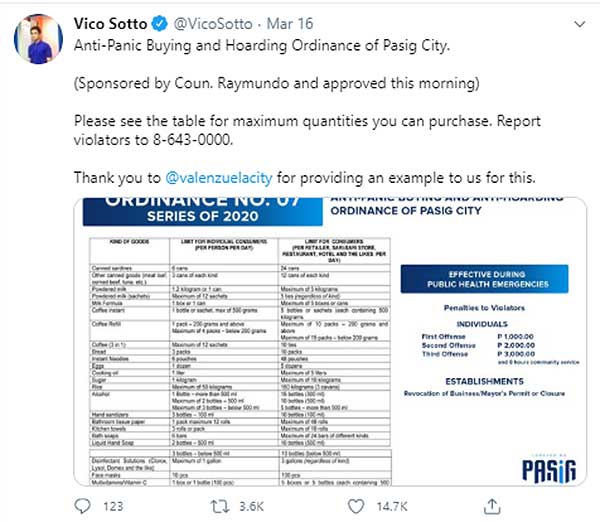 7. HE TAKES AFTER HIS DAD'S DEMEANOR

When asked about the traits that he got from his parents, Vico is quick to say that he moves and speaks like his dad Vic Sotto. 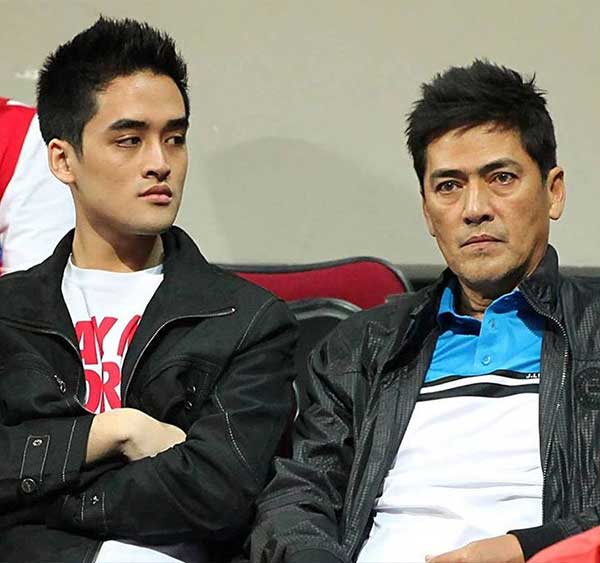 Some actually find it hard to tell what's going on in Vico's head, given his typically neutral expression when he's addressing the public.

Vico himself describes his temperament as "steady," but he says he knows how to get angry.

Most recently, Vico tweeted a video clip of him getting irked by a citizen who joined his Facebook Live session, did not listen to the discussion going on, and then asked the same question and repeated the same complaint that Vico had just covered.

8. HE CREDITS HIS MOM FOR HIS VALUES

Vico says it is his mom Coney Reyes who shaped his core values. 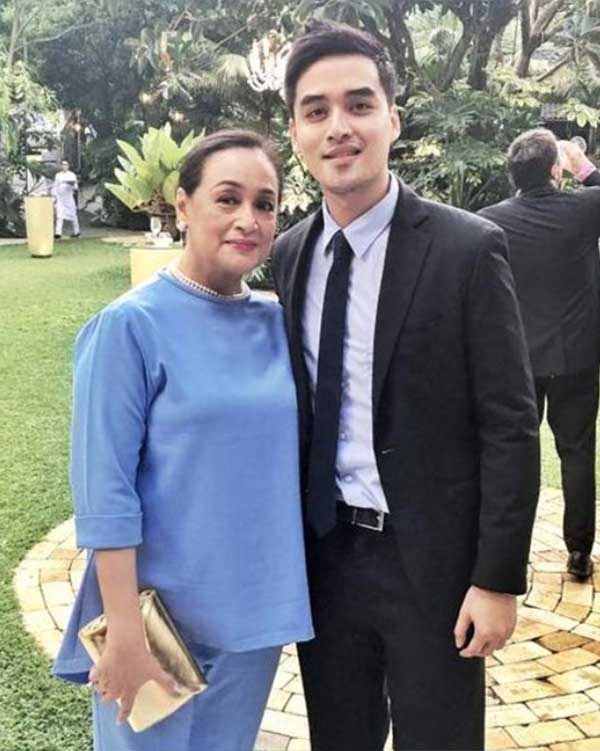 9. HE HAS A GOOD SENSE OF HUMOR

But he says he knows how to lighten up—whether he's speaking to his constituents via Facebook Live or through his written texts on social media.

PEP.ph tells Vico that he once reminded Pasigueños, in one of his Facebook Live videos, to take baths regularly even with the enforced quarantine keeping everyone at home. 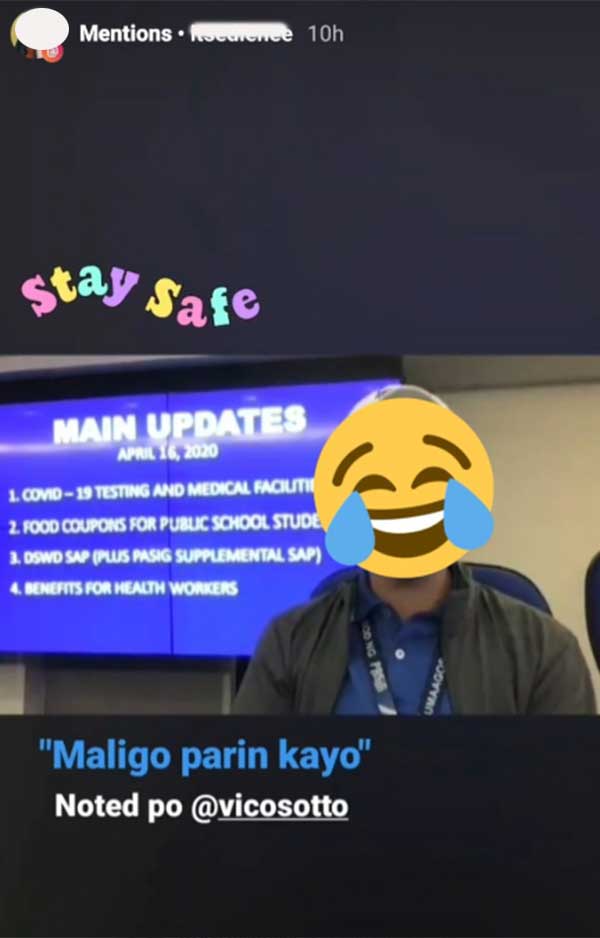 During the Fast Talk segment of PEP Live, Vico is asked to pick between "alien invasion" and "zombie outbreak."

Here's a throwback photo of Vico in a wig, in an Instagram post he dedicated to his dad, on Vic's 64th birthday on April 28, 2018. 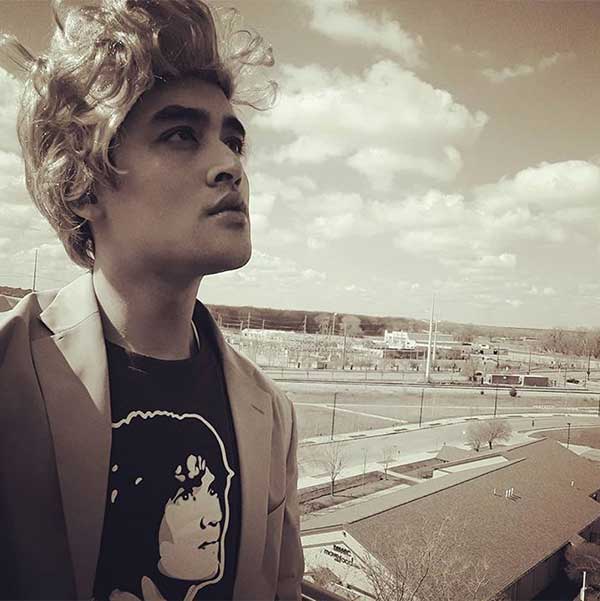