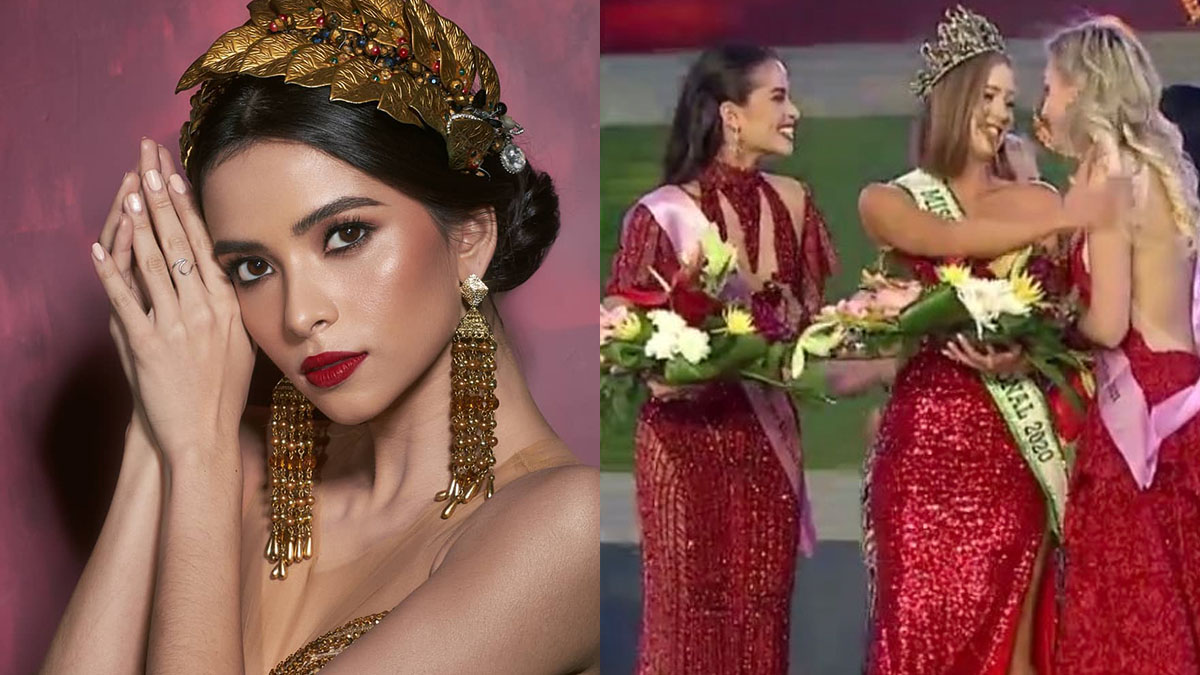 In an interview with pageant website Missosology right after the program, Kelley expressed how grateful she is for her second-place win.

She said, "I can't believe it. I'm really happy and I just hope the Philippines is proud. I had such a wonderful time and an amazing experience with all of these girls.

"So thank you to the Philippines for putting me in this place right now. I couldn't have done it without all of you, so maraming salamat po."

Kelley also expressed her love for Gizzelle for being this year's new Miss Eco International winner.

Kelley told Missosology, "South Africa is so deserving. She really has been extremely hard working throughout the entire competition. And I'm really happy that siya ang nanalo, as well.

"You know, honestly, so many girls here really deserved it so I'm just really blessed to be in the second position."

During the question-and-answer segment of the pageant for its Top 5 finalists, Kelley was asked, "Recently, we had more violence in schools, how do you think we can make a better way to promote safety in our schools?"

Kelley answered, "This is a really serious topic and I'm very passionate about looking after our generations to come because they are the most important, they're the ones who are gonna fix the mess we have made in the environment and with violence, too.

"So when a child goes to school feel safe, protected when they're away from their family.

"And I can't imagine it if I went to school feeling scared and I've actually seen live footages of what has been happening in schools, and it just really, truly breaks my heart.

"Unfortunately, as the world is going through a lot of changes right now, there is violence.

"As I'm standing here on this stage, I have the opportunity to tell anyone that is planning to do something to children to stop. Look after our generation, please. Thank you."

Meanwhile, Kelley discussed the topic of gender equality during the elimination round of the top 10 finalists.

She said, "The Philippines stands very strong with gender equality, actually. Women tend to get jobs as equally as men and payment is... tends to be the same, as well.

"So from my experience working in the Philippines for the past five years, I've been very blessed to have gender equality in my line of work in my country.

"But that doesn't mean that it doesn't happen around the world and I'm aware of that.

"And hopefully, with the Miss Eco International crown how the Philippines is successful in gender equality with the rest of the world. Thank you."

Special awards were also given during the coronation night.

Before the pageant's grand coronation night, Kelley won the award for Best in National Costume during the preliminaries held on Friday night, April 2, 2021, in the same venue.

This is the third time the Philippines had a top-five placement at the Miss Eco International pageant. In 2019, Filipino-American beauty queen Maureen Montagne was also named the first runner-up. In 2018, the pageant's pioneer edition, beauty-queen-turned Kapuso actress Cynthia Thomalla was named the winner.