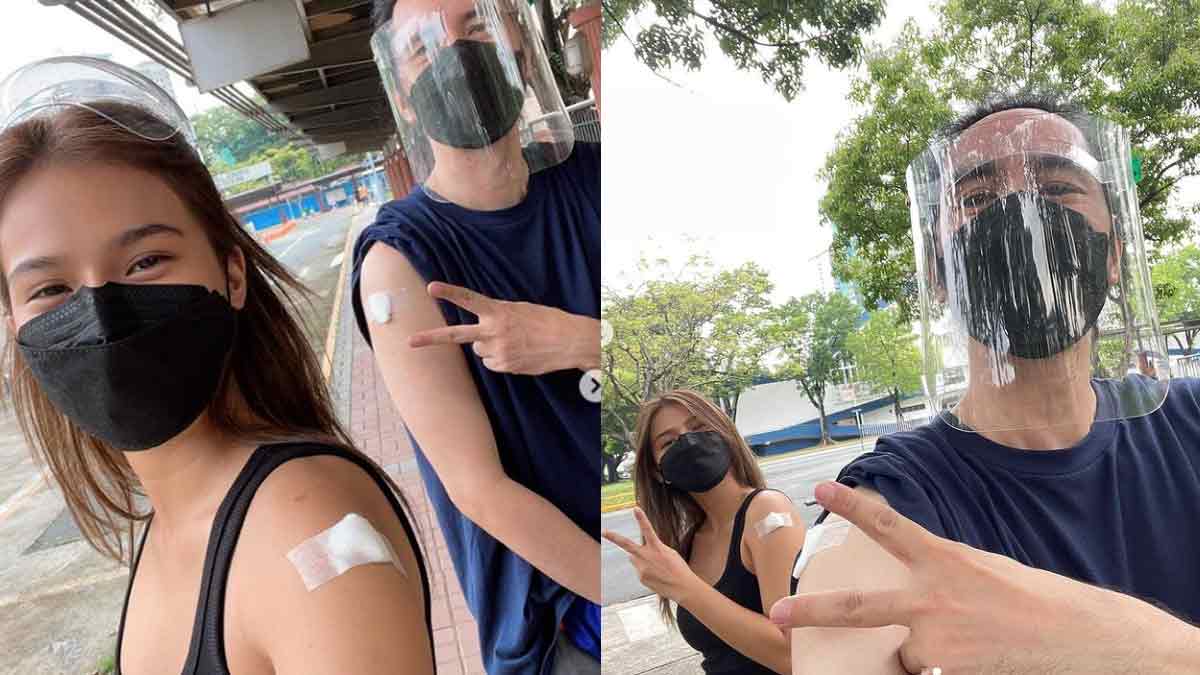 Maris Racal appears on Rico Blanco's Instagram feed for the first time after the former confirmed their relationship.
PHOTO/S: @mariestellar / @ricoblanco on Instagram

Rico Blanco posts a photo with his girlfriend Maris Racal for the first time.

The "Your Universe" singer first posted a photo for their vaccination on Instagram. He thanked his friend Ranvel Rufino for the help. 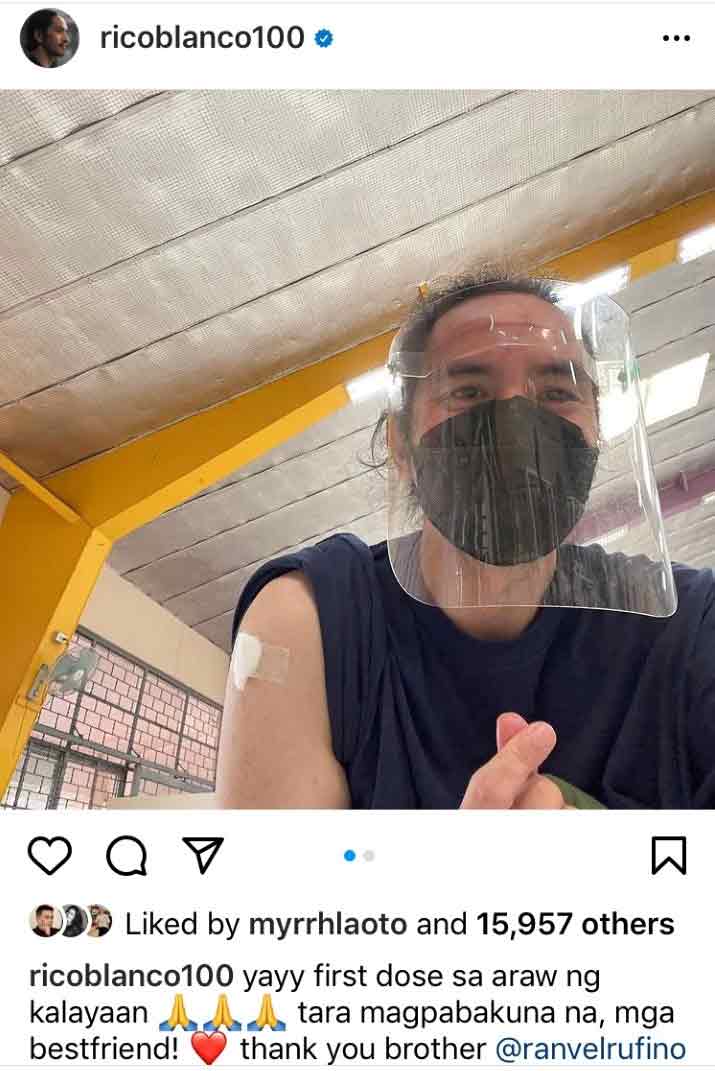 Then the second photo revealed that Rico got his first dose of the vaccine with Maris.

This is the first time the former Rivermaya frontman posted a photo of the former Pinoy Big Brother housemate after the latter confirmed their relationship. 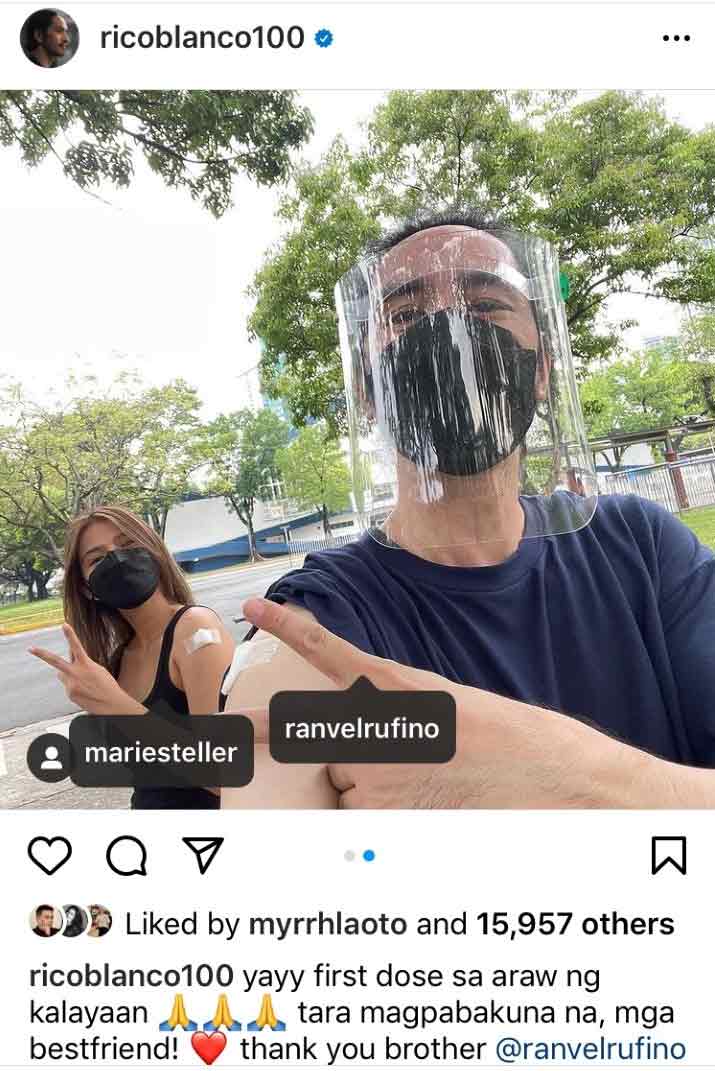 Hours later, Maris uploaded her own Instagram post saying she got her vaccine. The photo showed her and Rico together.

The second photo also revealed that celebrity host Bianca Gonzalez was among their "batchmates" at the vaccine center situated at the Ateneo de Manila University campus.

Later on, both comment sections in Maris and Rico's posts were bombarded with positive reactions from fans. 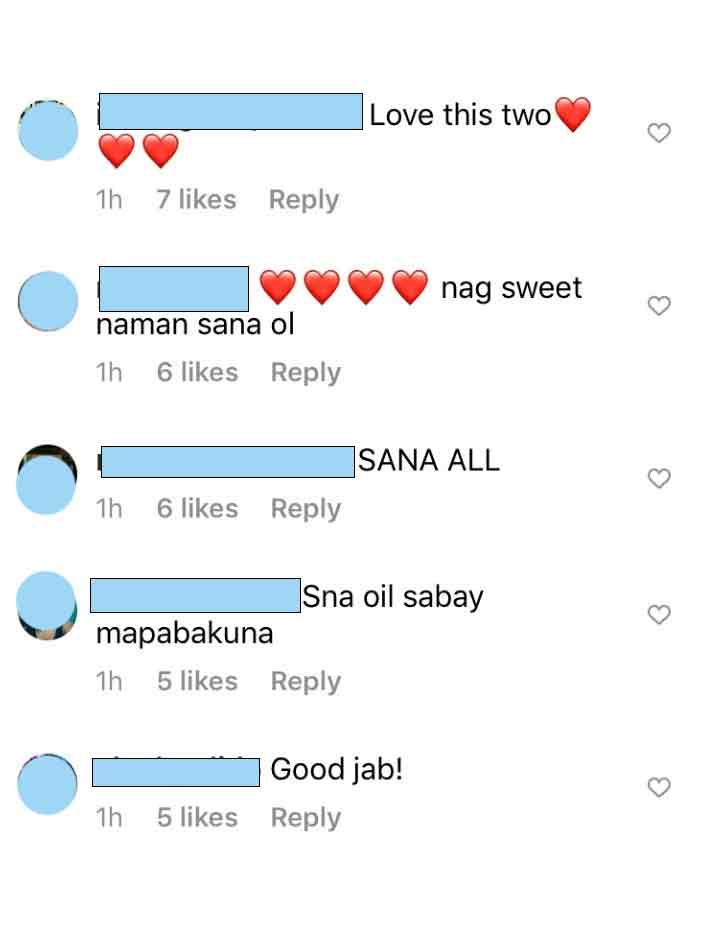 Most of their messages expressed kilig, with one fan even quipping that today—June 12—is "Valentine's Day" and not "Independence Day." 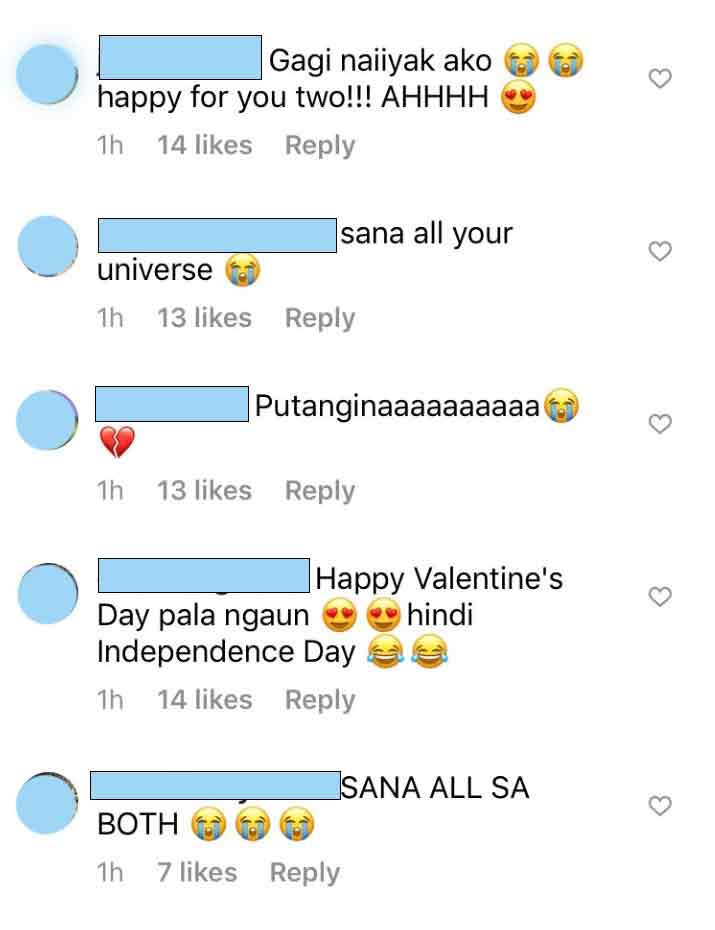 The couple first hinted at their relationship when Maris greeted Rico on his birthday last March 17.

The post also included a duet between couple as they were visibly exchanging sweet glances.

On top of that, Rico replied in the comment section, saying "love youu!!!"

Two months later, Maris confirmed her relationship with Rico during a virtual presscon.