I wanted to be an artista; mom said, "Anak, hindi ka maganda" 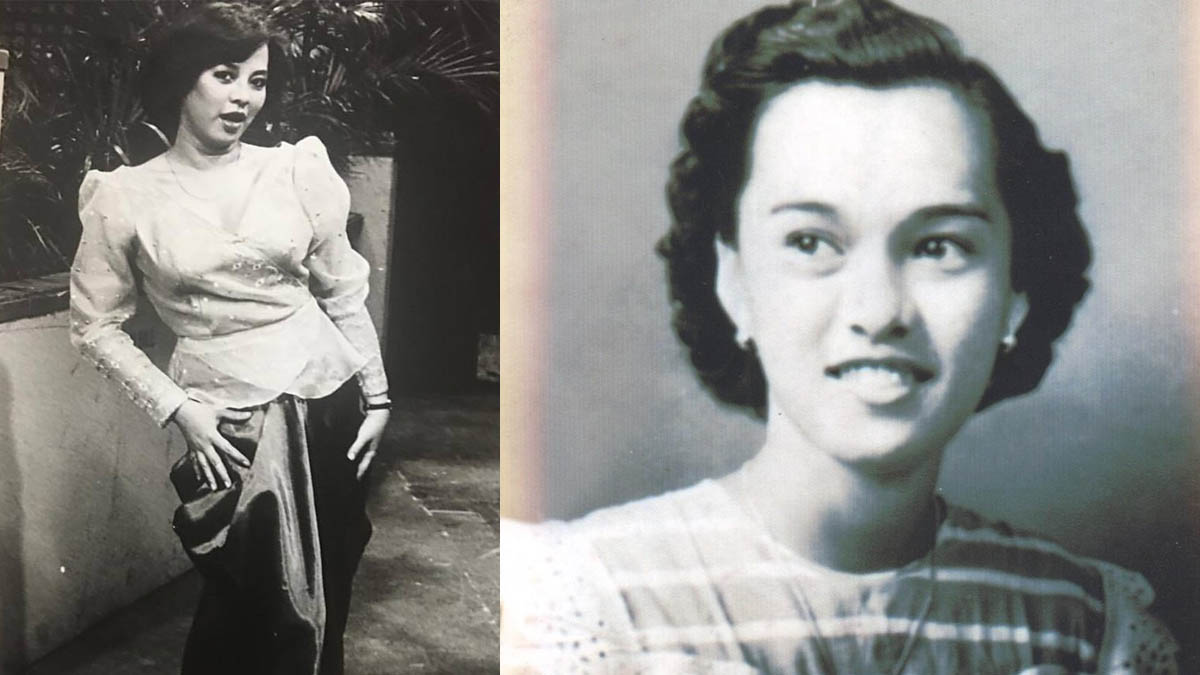 Bibeth Orteza on her mom Maria Pascuala Cabuñag: "Mama loved all of us, showed us to be strong, and bequeathed us a self-deprecating sense of humor..."
PHOTO/S: Bibeth Orteza on Facebook

So last time, I told you about my father, Cornelio Miranda Orteza, a church deacon, a lay minister, at one-time president of the Christian Lawyers Association of the Philippines.

Allow me now to honor my mother; bits and pieces of these I’ve also already posted on Facebook, through the years.

The former Maria Pascuala Cabuñag, born on May 17, 1929, in Barrio Sabang, Calbiga, Samar, Qualing to family and friends, was a hometown beauty queen.

She was a looker; I seriously grew up thinking I was adopted.

Daddy was provincial fiscal in Samar, when he married her. It was a marriage his mother didn’t approve of, for Mama was “only a farmer’s daughter.”

But boy, did he choose the right woman. Mama wasn't an activist, but she encouraged my activism.

We were watching TV one afternoon in 1973, in our rented place in Santol, in Quezon City, when a young man ran in, naked from the waist up, trembling, pointing a gun at us. We all of us froze, but not Mama.

She asked the man who he was. He said he was an activist, and that he was being chased by the military.

Mama and Daddy quickly exchanged looks, Daddy nodded. Mama brought the young man to the silong and hid him there.

Daddy pried the kitchen floor open and through the loose floorboard, Mama fed the young man for the close to 24 hours he stayed hiding.

Years and years later, on Facebook, that same young man dropped a line, and identified himself as Boyong Sto. Domingo, the person my parents took in and sheltered for the day.

I was so moved, that he still remembered.

Mama loved all of us, showed us to be strong, and bequeathed us a self-deprecating sense of humor that continues to serve me well to this day.

As a young girl, I had wanted so badly to audition for Mars Ravelo's Trudis Liit after Sampaguita Pictures put out a newspaper ad announcing the search for the little girl who'd play Luis Gonzales's daughter in the movie.

She did not hem and haw, went straight to the point: "Anak, hindi ka maganda. Hindi ka artistahin."

I looked at her, my eyes filling up with tears. Then she continued. "But you're bright. You read a lot. Magaling kang mag-spelling. Magsulat. Anak, improve on what you have. Dito ka makikilala, someday."

Years and years later, after the "hindi artistahin" had somehow got into film and television, when Mama was ill and in the last month of her life, I teased her about that moment.

"Pero asya an trabaho han iroy, an heya et masiring ha eya anak hin kamatuoran. (It is a mother's task to tell her child the truth)."

My mother taught me early on I wasn’t what I was from the outside, but what I was, inside.

I cannot thank her and Daddy well enough, except by way of appreciating all others who have been raised to respect their parents at all times, regardless of personal hurts and grievances.