Erich Gonzales: The Davaoeña who conquered the odds 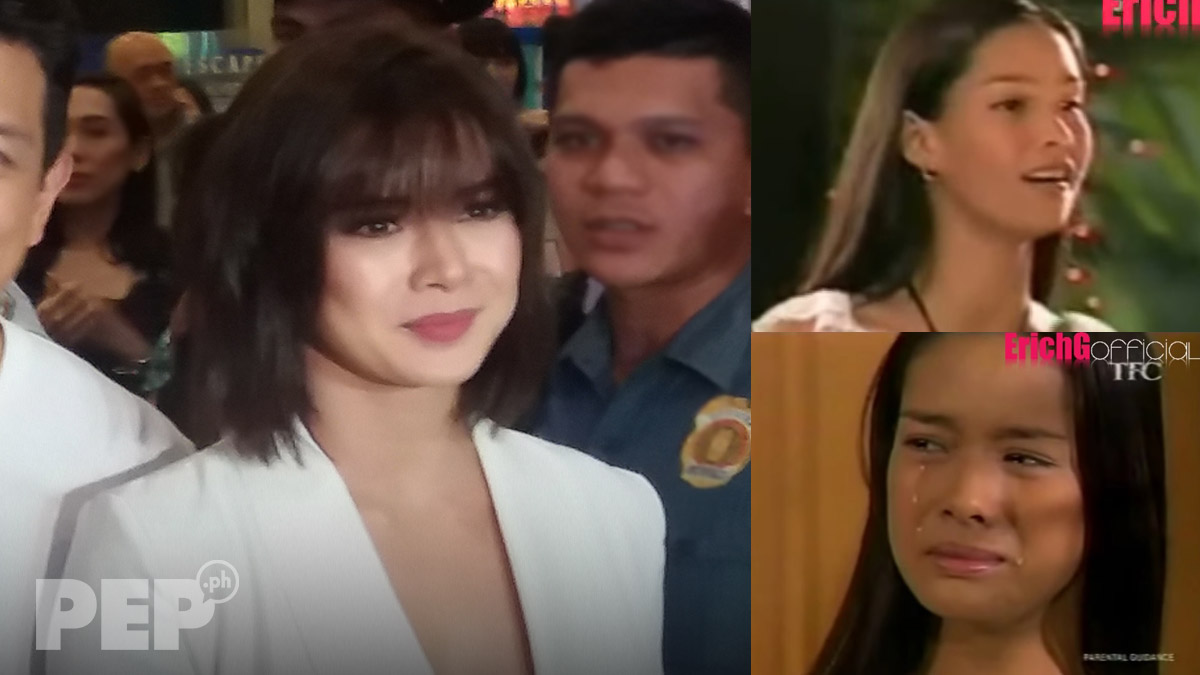 PEP.ph looks back on the career of Erich Gonzales whose win in 2004 of Star Circle Quest Season 2 led to where she is in showbiz today.

Before she became known as Erich Gonzales, Erich Gancayco was just a probinsyana who had practically nothing.

But in 2004, as a wide-eyed, scrawny teen from Davao, Erich tried her luck in show business through ABS-CBN’s reality talent search show, Star Circle Quest Season 2.

She would achieve the feat the following year when she won the Grand Questor title, taking home the P4-million cash prize.

As the grand winner, she also bagged an exclusive contract with the network’s talent and management group, Star Magic, then known as the ABS-CBN Talent Center.

She was given the screen name Erich Gonzales.

Today, she is a star who ranks as one of the network’s most recognizable talents, having graced TV shows, starred in movies, and lent her star power to products via endorsements.

Erich’s climb to the top, however, was not meteoric. Instead, it was steady, gradual and, to some showbiz pundits, unremarkable.

None of this chatter bothered Erich. The pretty actress confidently described her career as slow but sure.

It did her good that has also always been clear about what she wanted.

She said in a magazine interview in 2018: “I just want to continue what I love doing, which is acting. I hope I would be able to do varying genres.

"I always say this, I'm not after the fame or popularity—yes, it's a bonus, it's a plus—but bottom line is, I just want to be an actress for as long as I can.”

Erich was born in Cebu City on September 20, 1990, but she grew up in Davao City in Davao del Sur.

Her love for acting began at an early age, "humaharap sa salamin, nagsasasayaw, ganun po,” she told Korina Sanchez in a 2005 interview for Rated K.

She came from a poor family—so poor they were once forced to occupy a vacant lot at the back of a church in Davao.

They collected rainwater in a big drum to use for taking baths.

She also recalled in the same interview that she was practically a working student during her elementary grades.

She was among the 5,000 young aspirants who signed up for Star Circle Quest’s Davao edition in 2004.

She passed. She would go on to would compete in SCQ Season 2 against fellow youngsters from across the country all hoping to get a crack at show business.

Erich emerged the top winner, beating Arron Villaflor during the final round, nabbing the Grand Questor honor in front of audiences in and outside of the country.

And this is how she got to where she is today.

Erich’s SCQ victory instantly thrust her into the limelight.

From 2004 to 2009, Erich appeared in more than 20 TV shows, not including a couple of guestings here and there.

She would get her biggest break in 2009 through the primetime series, Katorse.

It was Erich’s first starring role and she portrayed the character of Elena “Nene” Reyes, a small town lass who fell in love with and was made pregnant by her childhood friend.

The series was loosely based on the 1980 film featuring Regal stars Dina Bonnevie, Gabby Concepcion, and Alfie Anido.

Katorse courted controversy after the Movie and Television Review and Classification Board (MTRCB) expressed concern over the show’s teenage pregnancy storyline.

The series demonstrated Erich’s readiness to do mature and more serious roles.

She followed up the success of Katorse with a lead role in Tanging Yaman (2010).

But television would remain Erich’s bread and butter. In the hit fashionserye Magkaribal (2010), she pitted talents with Bea Alonzo and Gretchen Barretto.

Despite the various issues that plagued the show—ranging from casting problems to reshooting scenes—Maria la del Barrio did well in the ratings game for as long as it lasted up to show's finale on March 2, 2012.

Erich would make a strong comeback in 2018 via the primetime crime-drama series, The Blood Sisters.

Meanwhile, some of Erich’s memorable films to date include Corazon: Ang Unang Aswang (2012), Suddenly It’s Magic (2012), where she was paired with Thai actor Mario Maurer, and Siargao (2017).

In 2018, Erich surprised the public with her daring calendar for the liquor brand, Tanduay. The move made jaws drop, with the soft-spoken actress exposing her sexy figure through a series of sizzling photographs. 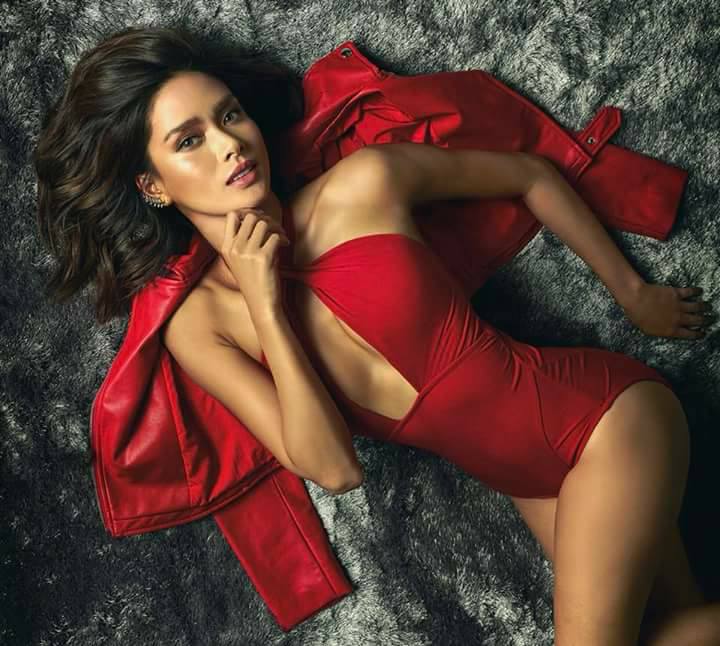 Being a celebrity made Erich fair game for intrigue and criticism.

During the press conference for Katorse in 2009, Erich ended up bursting into tears when she was asked about her father’s alleged involvement with the left-wing rebel group New People's Army (NPA).

Erich never had a relationship with her father, but she talked openly about him in an interview with Magandang Buhay in 2017.

The two admitted their relationship in 2015. However, in 2017, Erich confirmed that they were no longer a couple. The actress said back then, "Hindi kami nag-uusap, it’s not true that we are talking, hindi kami magkaibigan."

Their falling out in 2017 was much talked about, with allegations that money issues instigated their breakup.

Star Magic intervened and arranged a meeting where the two ex-lovers could thresh out their differences.

The two would never reconcile and would choose not to talk about their past in public after that.

Although Erich would tell Boy Abunda in an interview in 2018: “He didn’t ask for forgiveness, pero I’ve forgiven him na.”

She added: “Honestly, kung ako ang tatanungin, I don’t wanna talk about it ‘cause it’s already in the past.

"And I live for now, yung present po and the future. Tapos na po yung chapter na yun sa buhay ko, and I just wanna move on. Move forward and life goes on.”

Erich was at one time also linked to director and Toni Gonzaga’s husband, Paul Soriano, while doing the 2017 Metro Manila Film Festival entry, Siargao. Erich was the star; Paul was the director.

Both Erich and Paul denied the rumor.

In July 2017, a billboard advertisement in Morayta became viral for its message asking Erich for a coffee date.

The date proposal was from Xian Gaza, a self-proclaimed millionaire CEO, who in 2018 was sentenced to a five-year, six-month jail sentence for violating the Bouncing Check Law.

Erich, who initially found the billboard proposal “cute,” eventually turned down the invite.

She confided in an interview with ABS-CBN, “To be honest, regarding that issue, noong una, just like you guys, na-surprise ako. Natuwa naman ako sa effort.

“Parang naging uncomfortable ako. After talking to my family and my closest friends, I decided not to meet him na lang.”

Erich is currently rumored to be in a relationship with businessman Mateo Lorenzo.

In 2019, PEP.ph (Philippine Entertainment Portal) reported that Erich resigned from the then upcoming ABS-CBN series, Love Thy Woman.

Dreamscape Entertainment, the network’s content provider division, said in a statement that Erich’s departure was “due to creative differences.”

Erich remains mum about her decision. A source, however, told PEP that Erich backed out because her character in the show was being turned into a kontrabida, something that was not discussed during pre-production.

Whether this incident has affected Erich’s working relationship with ABS-CBN remains to be seen.

Meanwhile, Erich is part of the growing number of celebrities who have launched their own YouTube channel to reach out to fans.

She currently has 848 thousand subscribers.

“I conceptualize, shoot, and edit my own vlogs. It is very personalized and through this, I hope that people will know me better and I inspire them through my own little ways.”

This is another dream that this strong-willed Davaoeña hopes to accomplish.