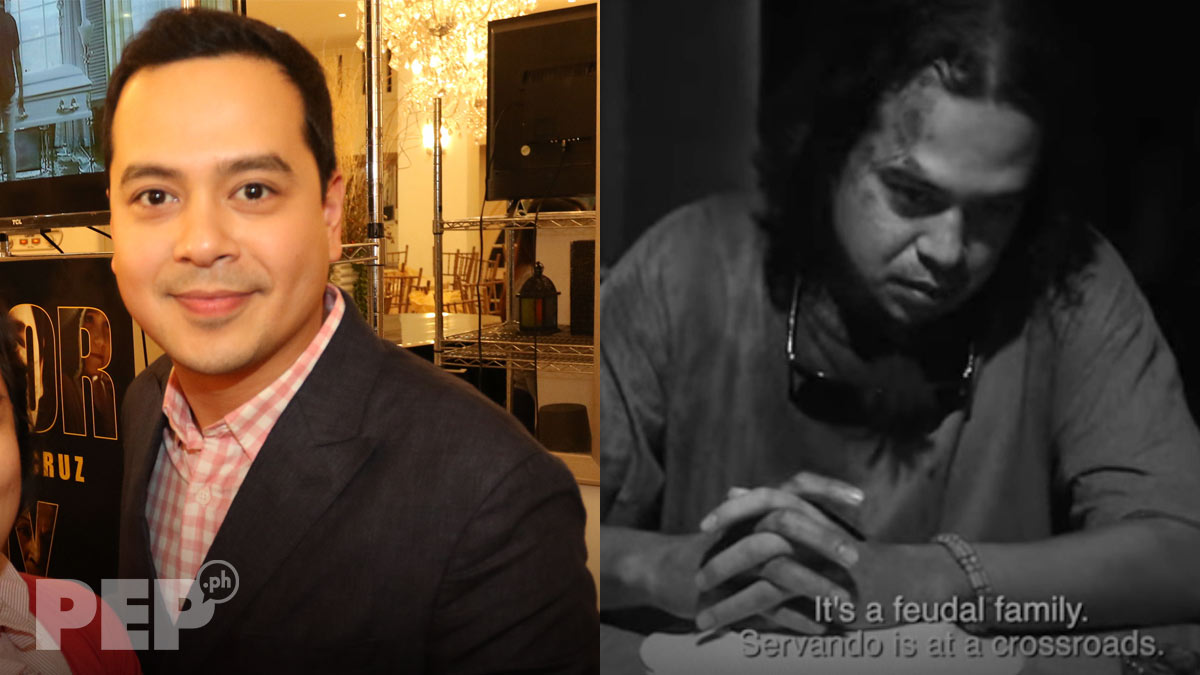 PEP.ph looks back on the career and life of John Lloyd Cruz, who will soon make a showbiz comeback via the movie Servando Magdamag.

It is perhaps the most anticipated showbiz comeback in recent memory.

John Lloyd Cruz—one of the industry’s most popular yet enigmatic stars—is returning to the big screen via the movie, Servando Magdamag.

The film is based on the Palanca Award-winning short story written in 1970 by renowned screenwriter Ricky Lee.

John Lloyd plays the lead character in the film, which revolves around a family of Spanish hacienderos dealing with the death of their patriarch.

PEP.ph (Philippine Entertainment Portal) had an exclusive interview with Ricky when he was honored as one of three recipients of the Camera Obscura Award on February 10, 2020. This was the highest recognition given during the 4th Film Ambassadors' Night of the Film Development Council of the Philippines held at the Maybank Performing Arts Theater, BGC, Taguig City.

Ricky recalled writing the story back in college as an AB English student at the University of the Philippines.

For his part, it was while studying at the Ateneo de Manila University that Lav Diaz would discover Ricky's short story.

Even back then, Lav had only John Lloyd Cruz firmly in mind to do the lead role of Servando Sais.

"Bagay si John Lloyd dahil sa itsura...haciendero. Then age niya, at mahusay si John Lloyd. Kaya niyang maging big star and yet being a big star does not stand in the way of his being a character and doing good acting. Hindi nakaharang ang image na big star.”

He attended grade school at the Marikina Catholic School, and was discovered by a talent scout while in a mall with friends.

John Lloyd’s foray into show business was prodded by the desire to help his family cope with the financial worries brought about by the family's failing business.

John Lloyd, for most of his career, has kept his family life private.

But he did grant a revealing interview several years ago with actress and showbiz batchmate Jodi Sta. Maria for Cinema One.

His biggest break came when he became a member of Batch 5 of ABS-CBN’s talent-management arm, Star Magic.

But it was the teen drama series, Tabing Ilog, which turned John Lloyd Cruz into a certified household name.

He spoke of the blessed chance given him to work with talented actors.

The young John Lloyd—under Star Magic, which was run by Johnny Manahan and Mariole Alberto—would take on more TV roles that showcased his growing depth as an actor.

The rising popularity of the John Lloyd-Bea tandem prompted Star Cinema, the film arm of the Kapamilya network, to cast the pair in the 2003 romance film, My First Romance, alongside Heart Evangelista and John Prats.

In 2004, John Lloyd and Bea starred in Now That I Have You. The movie’s success would solidify the love team’s commercial appeal in the eyes of ABS-CBN bigwigs.

While the 2006 movies Close to You and All About Love both did well in theaters, it was One More Chance in 2007 that would immortalize the John Lloyd-Bea love team as among the most memorable in modern Philippine cinema.

The film saw John Lloyd and Bea portray the characters of Popoy and Basha—longtime college sweethearts who separate because of Basha’s goals for self-growth.

Directed by Cathy Garcia-Molina, the film was a superior film, but was also memorable for other reasons.

One, the acting of John Lloyd and Bea, individually and together, was superb.

“P**ang ina naman Bash, ganyan ka ba katigas?” fumed an angry and heartbroken Popoy in a confrontation with his ex-sweetheart.

Popoy’s reply to a crying Basha: “She loved me at my worst, you had me at my best.”

More than the awards and box-office earnings, One More Chance would become a Pinoy pop culture gem, with Popoy and Basha taking their place among some of Philippine showbiz’s most beloved film lovers.

Incidentally, the onscreen chemistry between the two stars never translated into a real-life romance—at least as far as the public knows—to the utter dismay of Bea-Lloydie diehards.

“We never had to resort to gimmicks, we never had to pretend to be a couple para tangkilikin ng tao,” Bea once said about their pairing.

While Bea will always be considered John Lloyd’s perennial screen partner, the actor’s tandem with pop singer-actress Sarah Geronimo also left its mark in the hearts of viewers.

Together, John Lloyd and Sarah—assuming the characters of Miggy Montenegro and Laida Magtalas—would star in the romantic-comedy trilogy A Very Special Love (2008), You Changed My Life (2009), and It Takes a Man and a Woman (2013).

The two also top-billed the blockbuster rom-com hit, Finally Found Someone, in 2017.

“The kind of movies that we do, kami ni Sarah, it’s so unique that pakiramdam ko, siya lang yong puwede kong makasama sa paggawa ng ganung klase,” John Lloyd said about the ability of the Popstar Princess to do comedy and drama.

John Lloyd’s resumé, however, goes beyond the romance genre which he has mastered.

He has appeared, to lesser commercial success, in the legal drama film The Trial (2014), the crime drama Honor Thy Father (2015), and the historical fantasy drama Hele sa Hiwagang Hapis (2016).

JOHN LLOYD AND HIS LADY LOVES

Like most celebrities, John Lloyd’s romantic liaisons are always of interest to the crowd.

On January 3, 2018, sexy actress Ellen Adarna revealed via Instagram that she and John Lloyd were in a relationship, putting an end to months of speculation about the real score between them.

The two met were thrust together on the set of ABS-CBN’s comedy sitcom, Home Sweetie Home, which John Lloyd top-billed with actress Toni Gonzaga.

Rumors about the romance were already making headlines even before Ellen's revelation.

PEP.ph has published a detailed timeline of the love story of John Lloyd and Ellen.

But John Lloyd and Ellen chose to stay mum about their romance, leaving their candid photos circulating online to do the talking instead.

Then John Lloyd posted this on September 24, 2017: “Sobrang baduy neto pero this girl really did something good to my soul. i'll always be grateful.”

With the Instagram post also came a photograph of the two of them lying comfortably in bed.

On October 6, 2017, ABS-CBN issued a statement saying that both the network management and the actor have agreed that John Lloyd would “take an indefinite leave of absence to attend to personal matters.”

It was in November when PEP reported that Ellen was pregnant with John Lloyd’s child.

Unfortunately, this year PEP also carried the report that the two have already broken up and are now in a co-parenting set-up for the sake of their son.

A SABBATICAL FROM SHOWBIZ

For John Lloyd, the two-year sabbatical from showbiz has apparently allowed him to experience normal life, far from the celebrity bubble that came with his fame.

The actor basked in this post-showbiz life. He was seen in public riding a jeepney, buying fruits at a wet market, eating street food, riding a bike, watching a cockfight from inside a public cockpit, and joining an art exhibition with works signed Idan Cruz, his name when with family.

John Lloyd seemed to abandon even his matinee-idol looks during this period. He grew his hair long and grew a beard, seemingly unaware, or uncaring, that he sometimes looked unkempt in public.

He mused about how he was expected to look "perfect" all the time.

Ricky Lee shared his thoughts on the talented actor’s need to free himself from the public’s expectations of him as a celebrity.

“I think he is doing what he wants to do right now both in his life and his career, pero wala naman akong authority na magsalita ng ganun kasi hindi naman kami ganun ka-close.

“Pero sa nase-sense ko, now he is in a good place.”

So, now we await the return of John Lloyd Cruz—an actor who has made a name for himself as matinee idol, but aspires to be more than that; a man who is one of our very best actors, but is trying to be, more than a good actor, a good man. 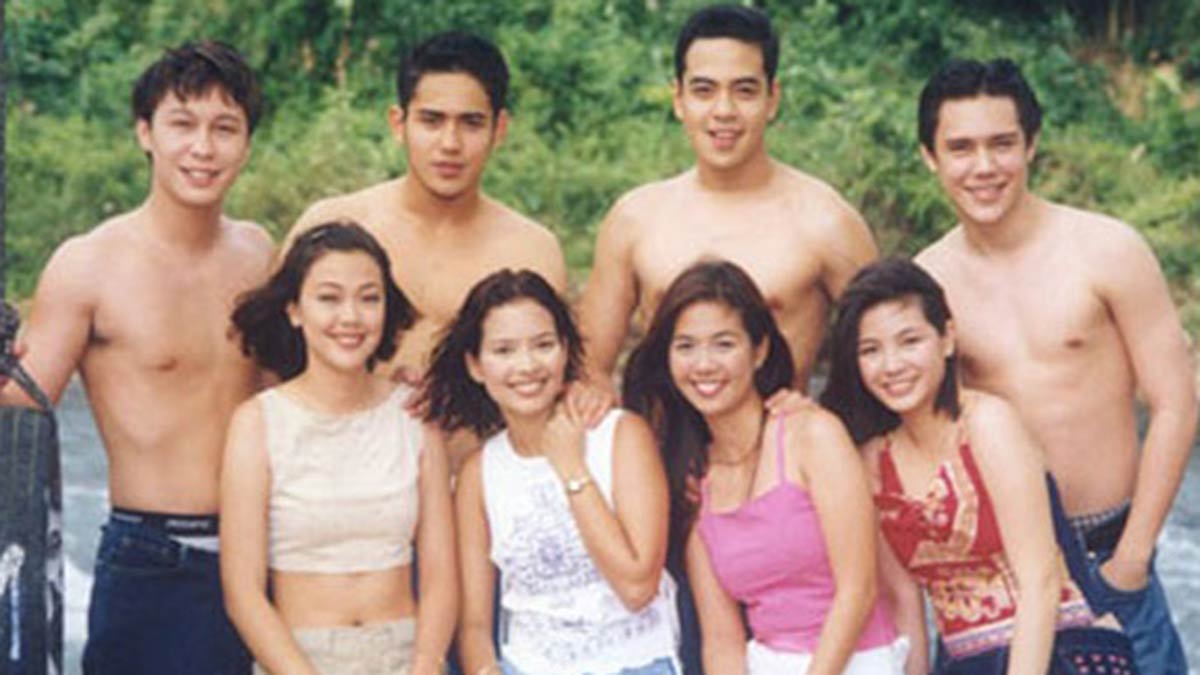