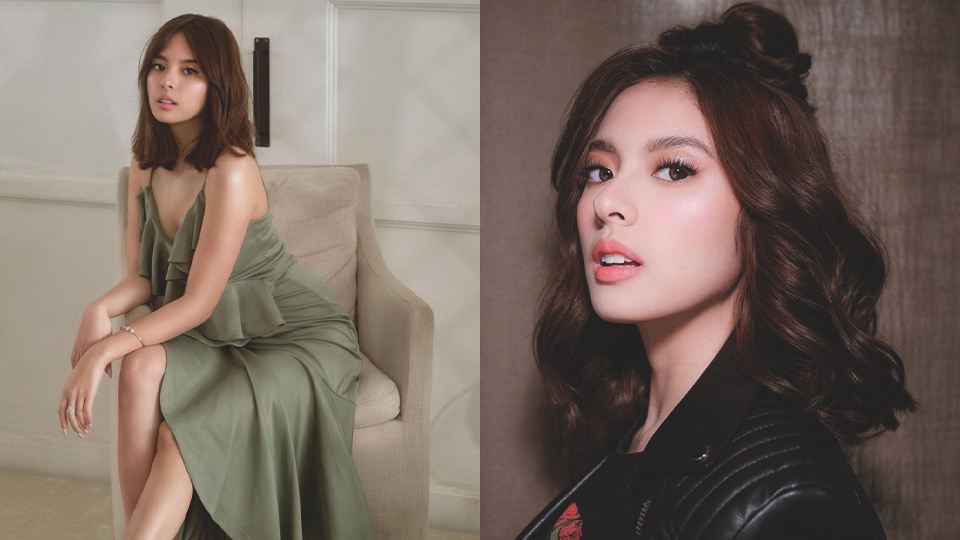 Ysabel Ortega has showbiz and political roots but she is out to prove that she can make a name for herself as an actress and social media influencer.
PHOTO/S: @ysabel_ortega on Instagram

Ysabel Ortega is determined to shine brightly in whatever role she is given.

She started in ABS-CBN and became well-known for her role as the main villain in Pusong Ligaw in 2017.

Ysabel also happens to be the daughter of action star and senator Lito Lapid and Department of Social Welfare and Development (DSWD) Assistant Secretary Michelle Ortega.

PEP.ph (Philippine Entertainment Portal) gives you everything you need to know about this rising star who is out to prove she is more than just her name, her connections, or her pretty face.

She was bashed by On The Wings Of Love fans 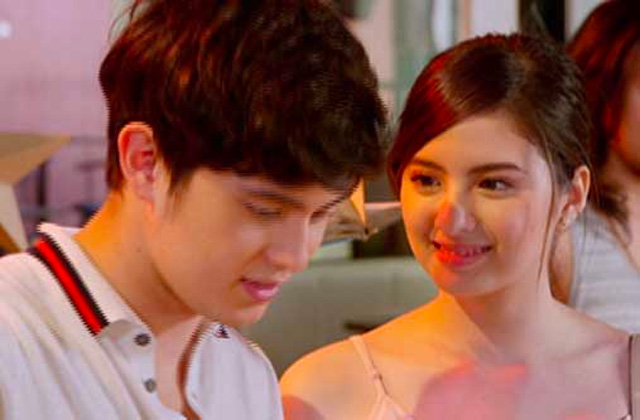 When she was a newcomer in 2015, Ysabel Ortega admitted in an interview with PEP.ph that she was bashed by fans of On The Wings of Love (OTWOL). Ysabel portrayed the role of Angela, the third party between main characters Clark and Leah, played by James Reid and Nadine Lustre.

Her talent manager, Ogie Diaz, advised her to "take it as a compliment."

She added that her mom echoed Ogie's sentiment, and also told her not to be bothered by the bashers.

“So, ayun po, I just take it as a challenge na lang yung mga iba.

President Rodrigo Duterte gave a speech AT her debut 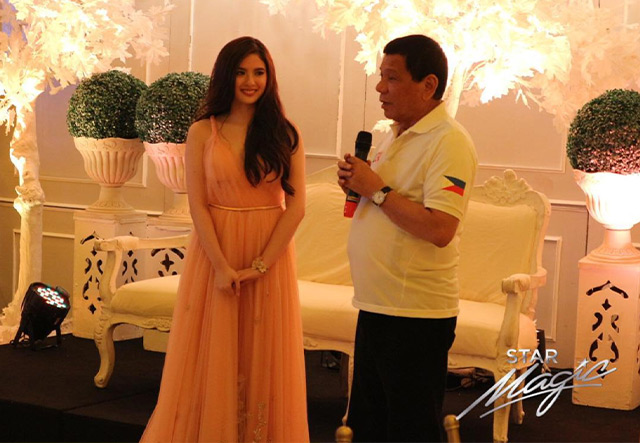 Ysabel turned 18 in January 2017 and among the guests at her debut party was none other than President Rodrigo Duterte. The President even gave her love advice during his speech,

He said, "Alam mo, you are young, you are beautiful, and a simple woman.

"Sa buhay mo, take it from me, do not be in a hurry to get emotionally involved.

"Hayaan mo muna sila to adore you—a lot of guys will. But do not fall into the trap.

"Enjoy your beauty as it's a God-given gift, and grow up to be a young beautiful woman and a good mother someday.

"Happy birthday, and may your beauty last for a thousand years."

She has an expansive social media presence 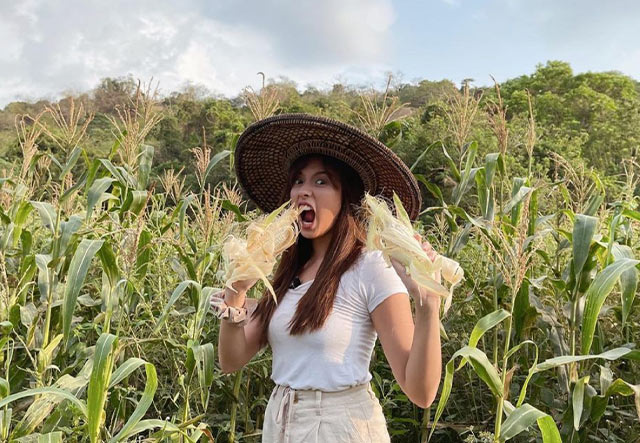 She showcases her many talents on these accounts, as she vlogs, sings, and dances.

She has amazed fans by belting out Adele’s "All I Ask," and it's clear that she takes after her mom, Michelle Ortega, who is also a singer.

Ysabel also showed off her vlogging skills when she took her YouTube subscribers on a tour of her family’s poultry and lemon farm in La Union. She revealed that aside from lemon trees and chickens, the farm also plans to add pomelo and coconut.

She has two fathers: the more, the merrier 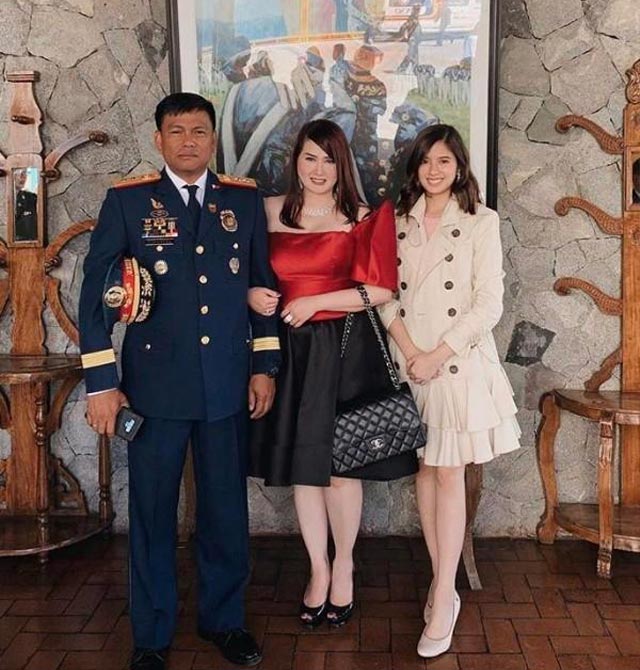 On September 5, 2019, at the PEP.ph mediacon for The Gift, her teleserye with Alden Richards, Ysabel said she is close to her stepfather,

“I was very comfortable with him na and sobrang close kami hanggang ngayon.

She also said that previous conflicts with her biological father, Lito Lapid, have been resolved.

Ysabel also said having two dads is not an issue. 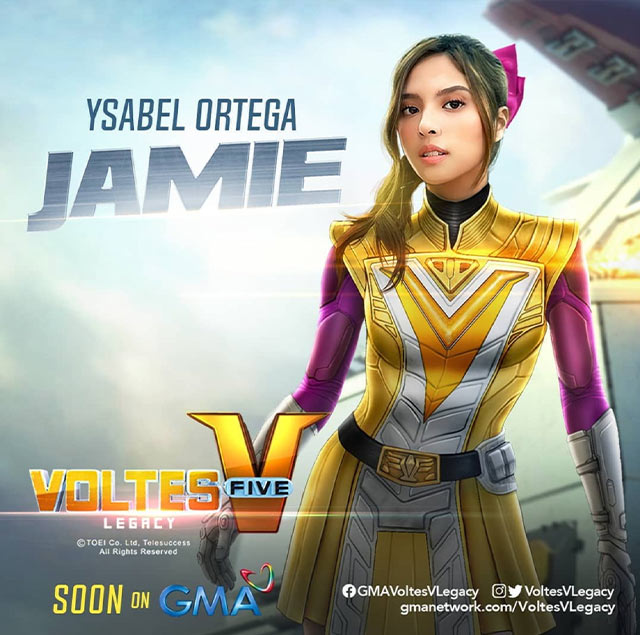 Ysabel is on the cover of the January-February issue of online magazine Spotted. In her interview with the magazine, she shared the difficulties she faced in preparation for her role as Jamie Robinson for Voltes V: Legacy. She underwent rigorous training to prepare for stunts. She studied muay thai, kickboxing, and arnis for several months.

"There were times I wanted to cry or just give up, but I knew that I have big shoes to fill and that is what kept me going.”

Before Voltes V: Legacy, Miguel and Ysabel will be seen in another upcoming series What We Could Be.

The two showed their closeness when Miguel posted a cute greeting for Ysabel on her birthday this January 2022. In his Instagram Story, he used her first name, “Happy Birthday, Maria” with a candid photo.