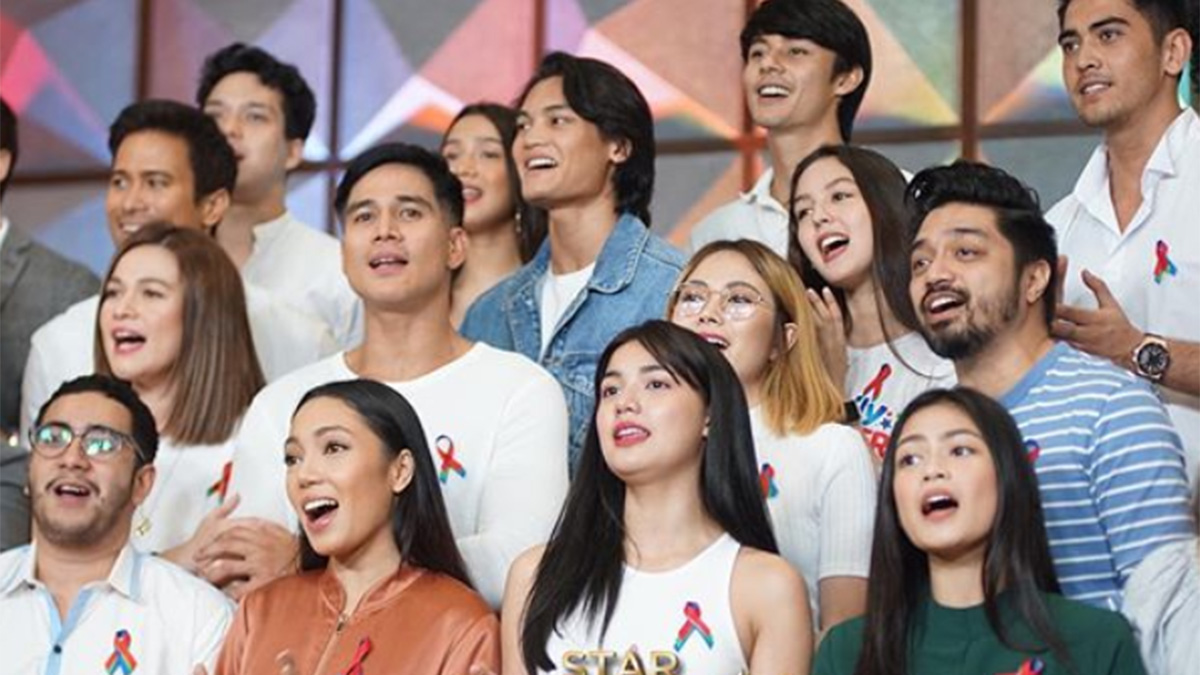 Artists of Star Magic show support for their mother network, ABS-CBN, through an initiative campaign called #StarMagicStandsWithABSCBN. Some of these talents include Bea Alonzo and Piolo Pascual.
PHOTO/S: @starmagicphils on Instagram

Over 300 artists managed by Star Magic—ranging from its prime artists to singers to newbies—shot a music video for the management arm's initiative campaign called #StarMagicStandsWithABSCBN.

The Department of Justice (DOJ) later clarified that the Kapamilya's network's franchise will expire on May 4, 2020.

The Congress has yet to conduct a hearing about ABS-CBN's franchise renewal.

According to Cayetano, the next hearing will be scheduled either in May or when the second regular session of the 18th Congress opens in July where the ABS-CBN management’s side will be heard.

In the midst of franchise woes, Solicitor General Jose Calida filed a quo warranto petition against ABS-CBN Corporation for alleged violations of its franchise's provisions. These include the operations of a pay-per-view option on its digital TV service, ABS-CBN TV Plus, and allowing foreign ownership of the company in violation of foreign interest restriction of mass media provided under Section 11, Article XVI of the Constitution.

ABS-CBN has denied committing these violations.

The #StarMagicStandsWithABSCBN campaign involves some of the top Kapamilya celebrities such as Kathryn Bernardo, Daniel Padilla, Janella Salvador, Joshua Garcia, and Jameson Blake. They were all seen wearing a ribbon bearing ABS-CBN's colors: red, green, and blue.

Star Magic's posts used the hashtag #InTheServiceOfTheFilipino, the slogan of the Kapamilya network.

Star Magic artists such as Jericho Rosales, Shaina Magdayao, Nikki Valdez, among others, expressed their support by participating in the weekly prayer rally of ABS-CBN employees for the renewal of its franchise.