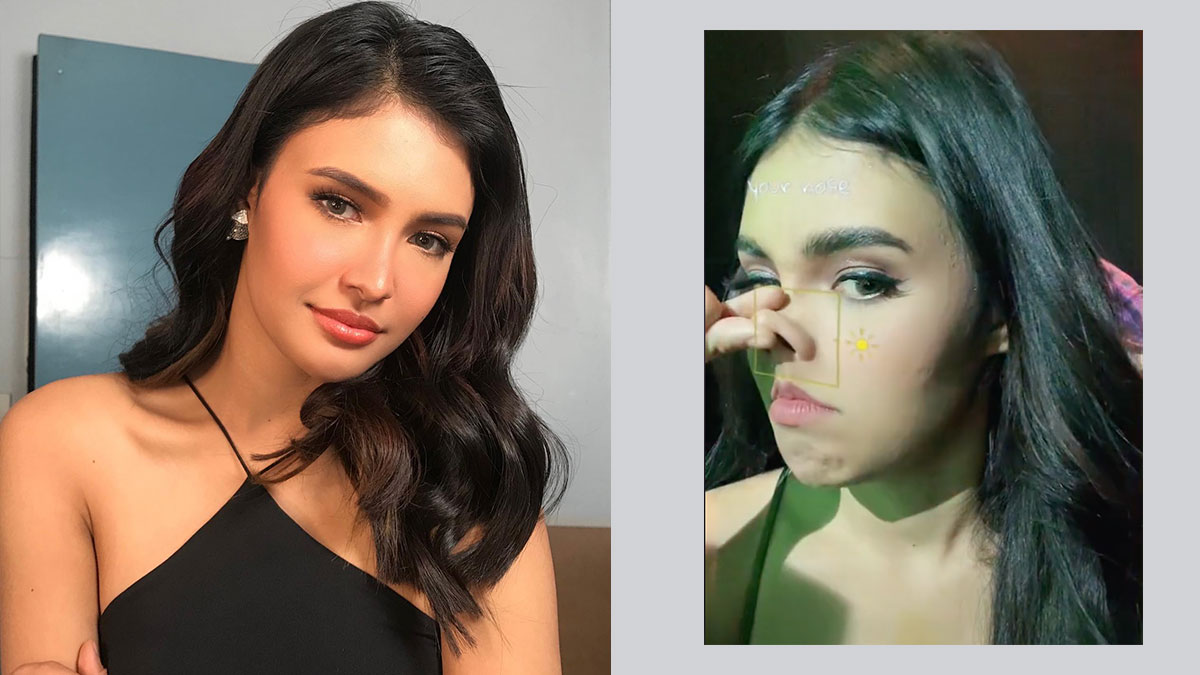 Former beauty queen Rabiya Mateo has been the subject of nose job rumors since she won the Miss Universe Philippines title in 2020.

But the beauty queen-turned-actress debunked rumors that she underwent a rhinoplasty procedure.

On Thursday, September 15, 2022, Rabiya did the "Best Part of Your Face" challenge on TikTok and the filter she used landed on her nose.

The Tiktoclock: Happy Hour host then pushed the tip of her nose upwards, to show that she doesn't have implants which are frequently used on rhinoplasty procedures. 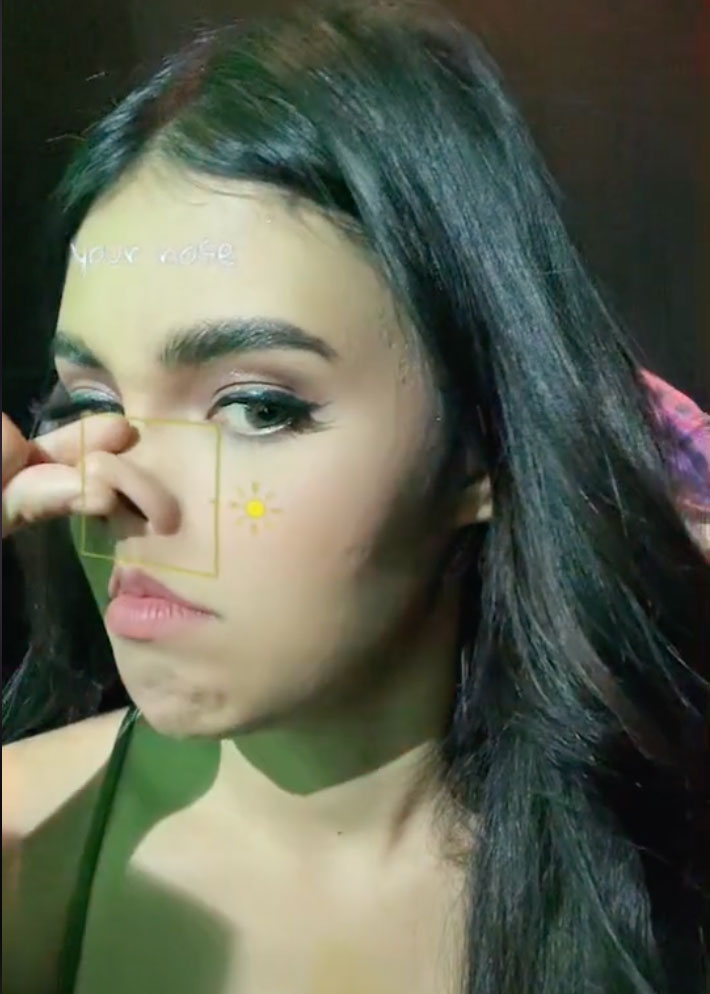 In the caption, she quipped, "Totoo ang chismis hahahaha," with the hashtags #fyp, #foryoupage, and #nose.

Some of Rabiya's TikTok followers praised the beauty queen for proving her bashers wrong.

A netizen cheered on Rabiya and told her, "tapos ang chismis hahahahahahahaha go rabiya that's why's I love you [meoji]"

Another TikTok user wrote, "Big shade to the bashers [emojis]" 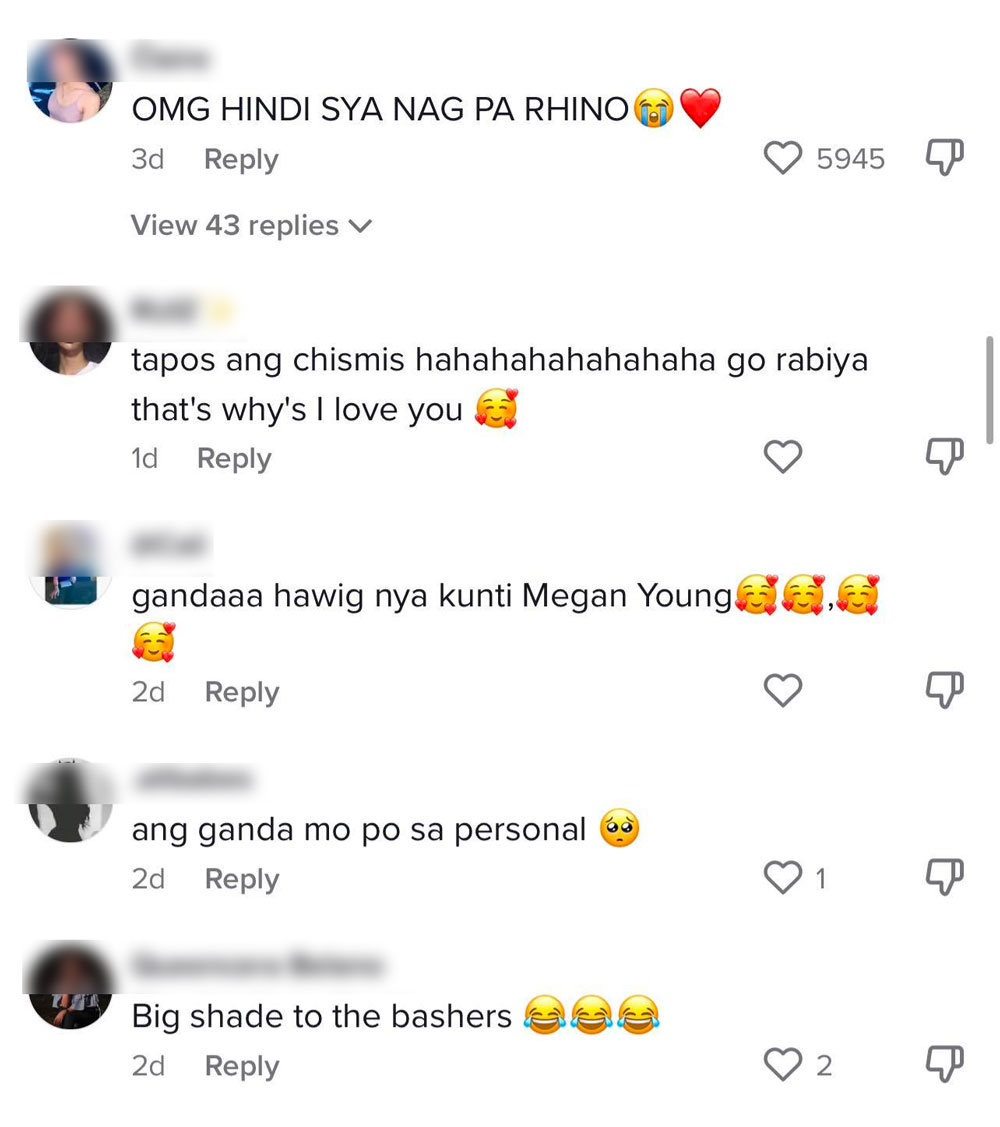 Since October 2020, Rabiya has been the subject of bashing for allegedly undergoing plastic surgery.

Her high-school yearbook photo went viral shortly after she won the Miss Universe Philippines title and many netizens accused Rabiya of having a nose job after seeing the glow-up in her photos.

Although Rabiya neither confirmed nor denied the insinuations at the time, her mother Christine Mateo came to her defense and denied the rumors.

Whether she did it or not, Rabiya sees nothing wrong with beauty queens undergoing plastic surgery.

The Kapuso actress-host even pointed out that cosmetic procedures can contribute to a positive self-image, and women should be empowered to make choices and decisions for themselves.

She explained, "So, sa akin, if you wake up in the morning as a woman, and if you feel great about yourself, you feel very beautiful, then go ahead. We're happy for you.

"But there are those women who chose to do surgery and it doesn't make them less of a person.

"First, it's their money. It's their own choice. And for me kasi, equality is giving everyone, you know, equal decision to decide for themselves."