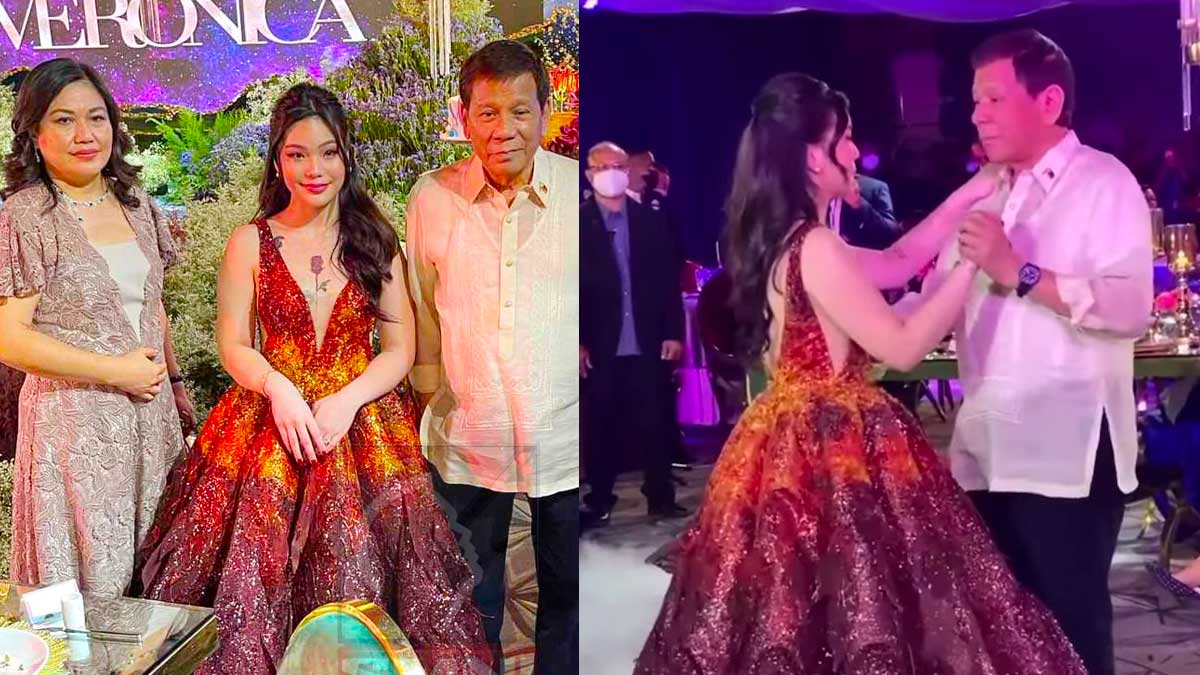 Kitty Duterte (in ballgown), President Rodrigo Duterte's only daughter with common-law wife Honeylet Avanceña (seen with Kitty and the President), was feted with a grand celebration for her 18th birthday on Saturday, April 9, 2022, at the Dusit Thani Hotel in Davao City.
PHOTO/S: SMNI / Salvador Panelo on Facebook

The president's only daughter with his common-law wife Honeylet Avanceña was feted with a colorful and grand celebration on Saturday night, April 9, 2022, at the Dusit Thani Hotel in Davao City. 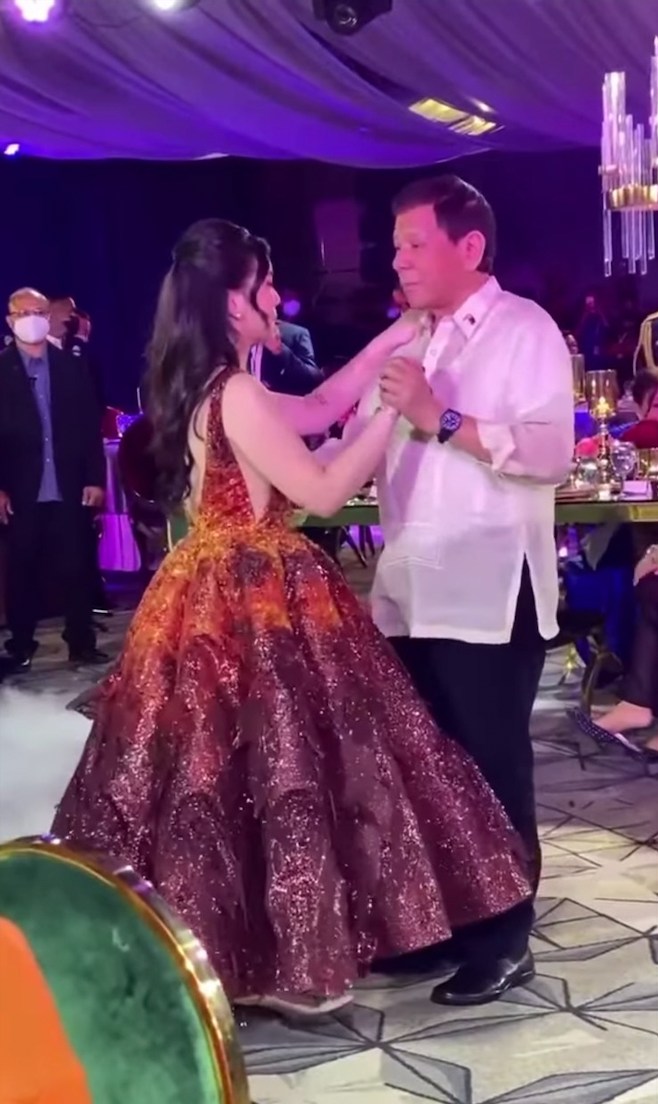 The gown is reminiscent of Catriona Gray's iconic "Lava Gown" worn when Catriona was crowned Miss Universe 2018 in Thailand.

Kitty's parents were present at the lavish celebration.

One of the highlights of the party was Kitty's dance with the President.

The father-and-daughter tandem danced to the tune of Steven Curtis Chapman's "I'll Take Care Of You."

After the dance, President Duterte dedicated his rendition of Regine Velasquez's "Ikaw" to the debutante.

As expected, several high-profile political personalities were in attendance.

Among them was senatorial candidate Salvador "Sal" Panelo who performed Sharon Cuneta's "Sana’y Wala Nang Wakas," as requested by the birthday girl.

Former President Gloria Macapagal Arroyo and former Senator Manny Villar were also present at the party, according to a report by the Manila Bulletin.