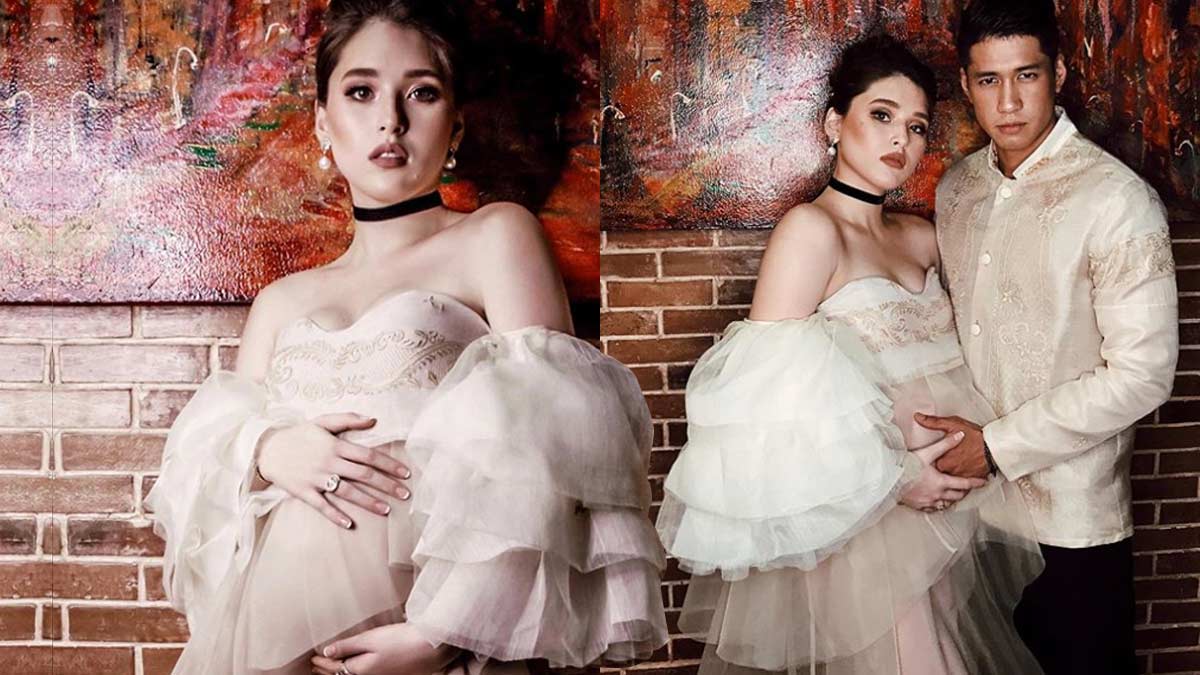 GMA-7 actress Kylie Padilla attends her second ABS-CBN Ball as the plus one of her Kapamilya husband Aljur Abrenica.
PHOTO/S: @kylienicolepadilla on Instagram

AJ said that he and Kylie wanted to give the traje de mestiza—a traditional dress more commonly referred to as the "Maria Clara"—a "young and fresh twist."

He wrote, "As a designer who values our heritage and culture, the challenge is to create a fusion of the past and present. We wanted to ensure that my modern design clearly reflects its inspiration which is the traje de mestiza, with a young and fresh vibe...

"Like the saya of the traje, we had a modern take on the wrap around the skirt using silk organza. The top was made of piña cocoon fabric and was adorned with calado embroidery.

"We, however, took on a contemporary twist on the classic sleeves of the traje by making a tiered, off-shoulder piña and organza sleeves that radiates a romantic and whimsical feel."

On top of that, Kylie, who is currently pregnant with her second child, wanted to wear a gown that would keep her "comfortable" and allow her to "move freely." 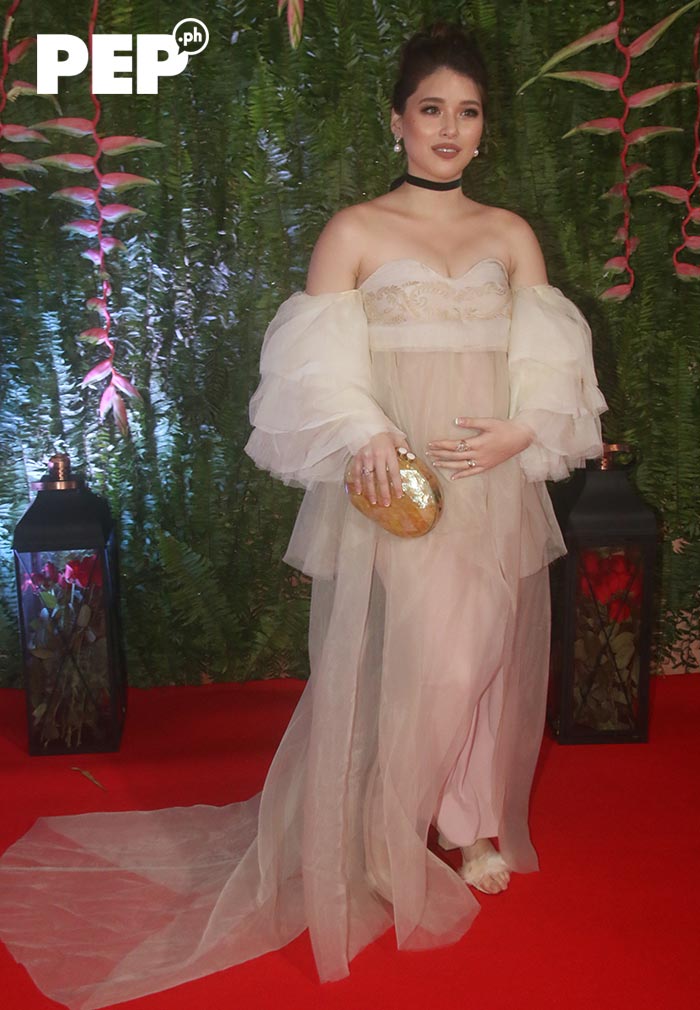 Another requirement for the gown was: it should be able to "flaunt her assets," which are her "broad shoulders, flawless skin, and enchanting beauty."

It took the designer "less than a week" to create it.

AJ is "open to designing for women and men of all sizes."

He said, "As a designer, I have this belief that it’s my responsibility to make everyone feel included and be as beautiful as what they are wearing."

The ABS-CBN Ball 2019 was for the benefit of Bantay Bata 163. This year was aimed to raise fund for the Bantay Edukasyon Program.