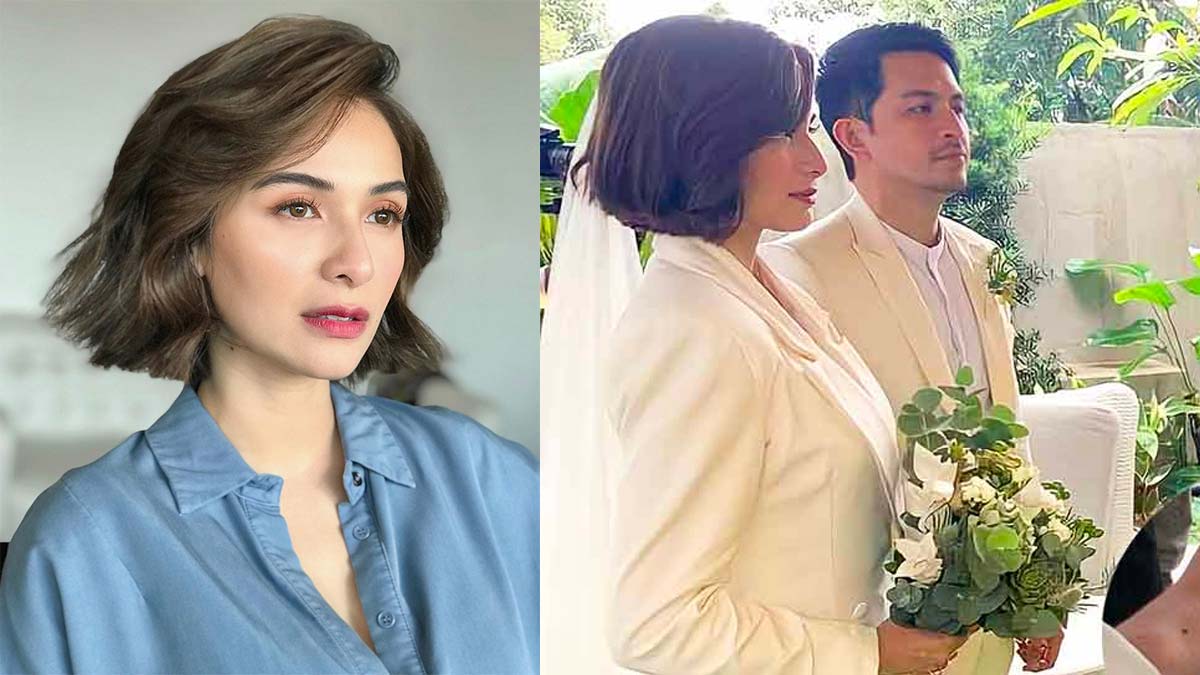 Jennylyn Mercado and Dennis Trillo are spotted in matching all-white suits in a viral photo reportedly taken during their civil wedding in Quezon City on Monday, November 15, 2021.
PHOTO/S: @alwayssjennylyn / @bianca_anne_vergara17 on Instagram

Jennylyn Mercado is not your ordinary bride.

Fans of the Kapuso actress and her long-time partner Dennis Trillo were caught by surprise after a photo from their wedding started circulating on social media on Monday night, November 15, 2021.

The couple officially got married in an intimate civil wedding ceremony held at the studio of Kathryn Bernardo in Quezon City.

Based on the photo, Jennylyn picked an unconventional bridal get-up, and ditched the dress for an all-white pantsuit, which matched Dennis' wedding outfit.

But the actress did keep the tradition of wearing a diaphanous shroud for the ritual lifting of the veil before they seal their marriage with a kiss.

She completed her bridal look with a bouquet of white flowers. 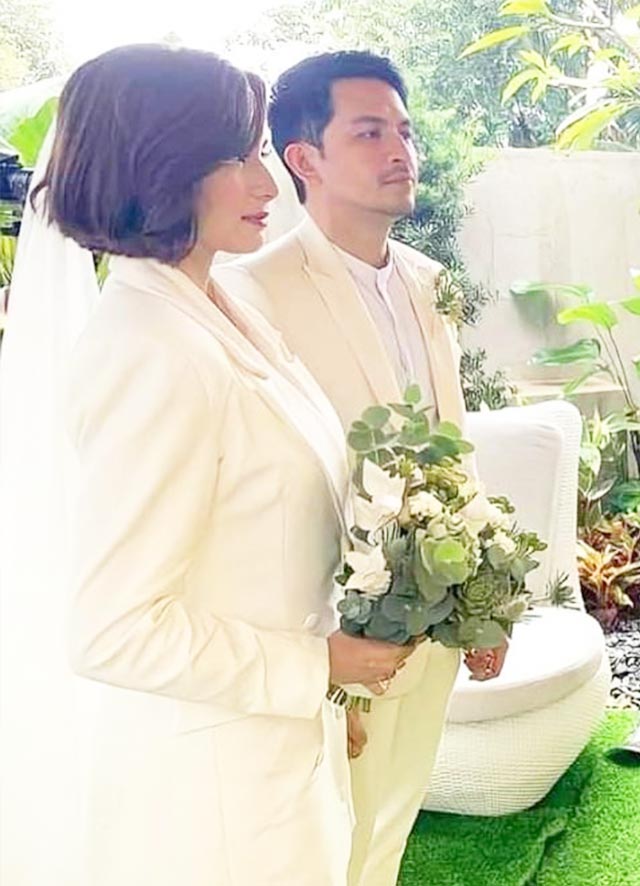 Jennylyn is yet to reveal the details of her wedding ensemble.

But it would seem that her go-to stylist Christopher Ian Vinarao dressed her up on her wedding day.

Bianca's Instagram story showed Ian in the background, and in the wedding photo that went viral, Ian was spotted taking photos.

Her make-up artist was most likely Anthea Bueno, who has worked with the bride in her recent digital features. 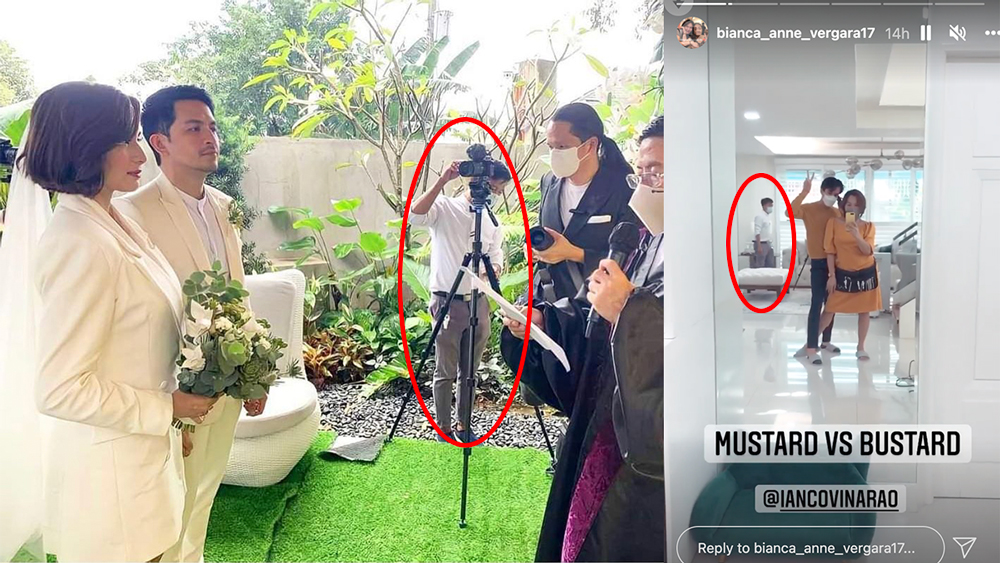 Jennylyn and Dennis have known each other for at least 15 years, since 2006. They first became a couple in April 2010, but their relationship lasted for only 11 months.

In 2014, they gave love a second chance, and their relationship has remained strong ever since they got back together.

It was on October 29, 2021, when Jennylyn and Dennis announced their engagement the actress' pregnancy.

But the couple has been engaged since October 8.

Jennylyn and Dennis both have sons from their previous relationships.