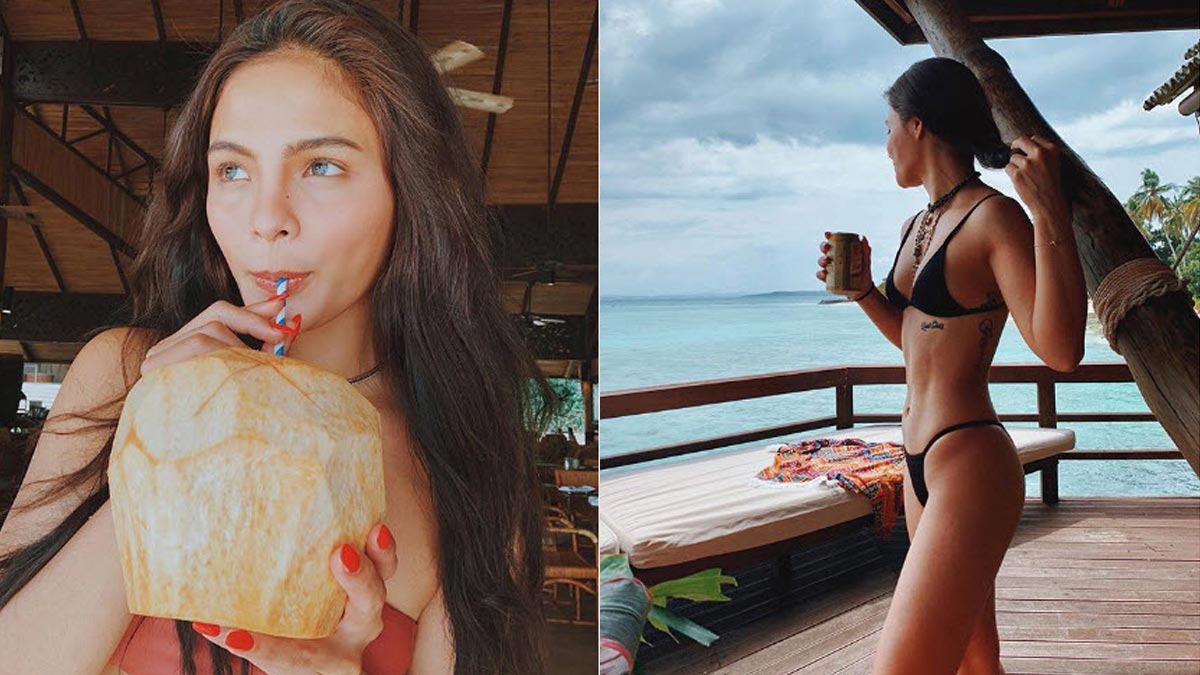 The beach-loving GMA-7 actress makes us forget about the rainy season as she bares her flat abs in her latest bikini photo.

Lovi, who wears a black bikini by Boom Sason, is presently at the Pearl Farm Beach Resort in Samal Island, Davao.

Both ABS-CBN and GMA-7 stars are amazed by her toned physique. 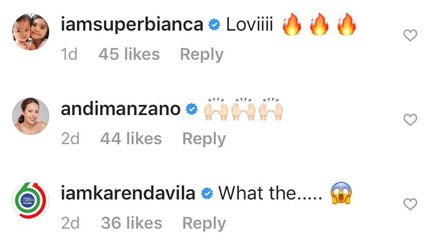 In March 2018, Lovi surprised her followers on Instagram when she decided to bare it all in Amanpulo, Palawan.

In an interview with PEP.ph (Philippine Entertainment Portal) that same month, Lovi says that her fitness journey began when she turned 20. She recalls, "I was starting to be really conscious about my health. It’s like I wanted to live a healthier lifestyle.

"There was a time in my life when I was always out, having so much fun partying. Then one morning, I just woke up.

"And I just wanna wake up early in the morning and go to the gym and eat healthy food. That's what happened."

For her fitness routine, Lovi revealed in a separate March 2018 interview that she follows "the 80-20 diet rule."

"I don't believe in starving yourself and stopping yourself from eating certain kinds of food. It's nice to indulge yourself every once in a while."

Lovi works out "at least 30 minutes a day." She adds, "Kahit may trabaho, at least thirty minutes. It makes a big difference, e. But it's not just about how you look, e, but how you feel.

"Ako, before my day begins, I get up early in the morning even before my call time, and then I work out. Kasi it makes me feel much more inspired, and makes me feel more happy to work that day."

Consistency, she said, is the key to a fit body and mind.