Jaymee Joaquin diagnosed with cancer for the third time 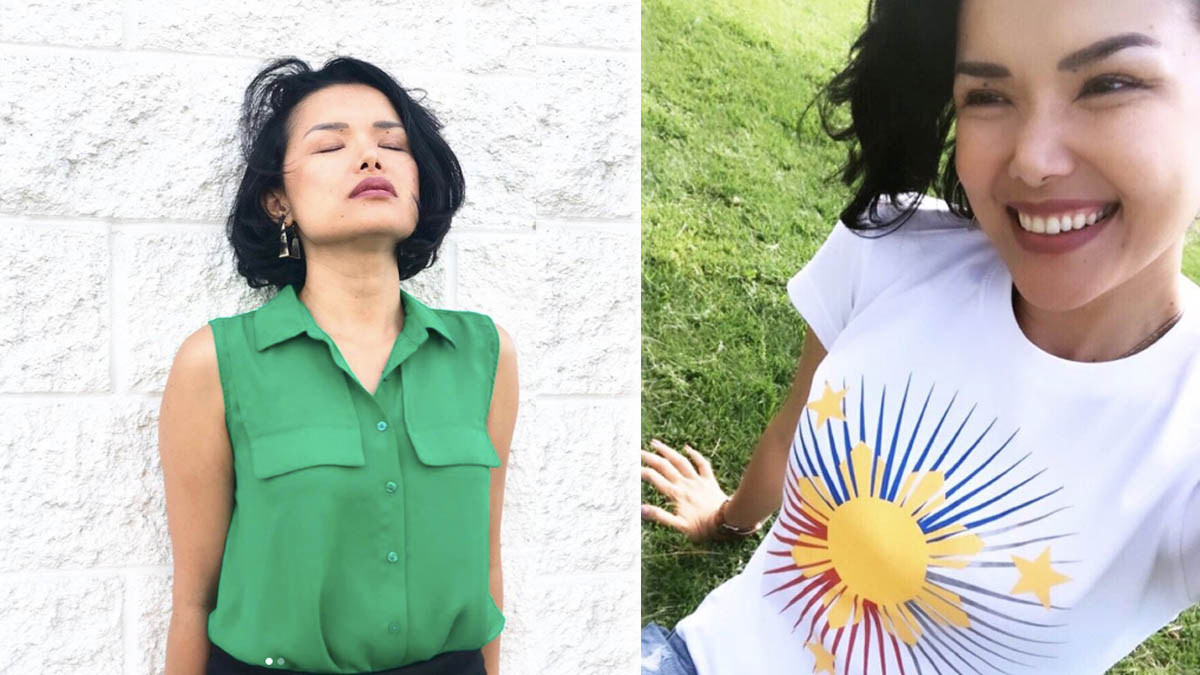 Jaymee Joaquin's cancer is back.

And the recent diagnosis hit her hard, leaving her in a myriad of emotions.

The caption for her Instagram post dated February 24 was a bit succinct compared to her previous posts about her battle with breast cancer.

It read (published as is): "Support My WIN!

"I’m tackling this b*tch called cancer the 3rd time around and I need your prayers, well wishes and support.

"C’mon. Make me believe that humanity still exists and that life, no matter how unfair, is worth the goddamn fight! #letswinthis"

But in the video, the former actress admitted to feeling "so f*cking frustrated."

Her voice trailed off when she mentioned her treatment, "...no I’m not doing chemo, I’m not losing my hair and all that. But you know it’s gonna be really an aggressive kind of treatment.

"I’m just hoping I tolerate it well, and that it really shoos away this cancer bitch because I’m done with it. I’m so fucking done."

She also did not hide her disappointment at "some insensitive, selfish people," who "freaked out" and "unfollowed" her on social media.

But overall, she is determined to win this fight for the third time.

Her enthusiasm prevailed during the last part of the video: "Say yes three times. Three times. I won it once, I got it twice, and I’m gonna win again.

"This is Jaymee, by the way, and I’m a three-time Filipina cancer survivor pursuing my dreams of having a global voice here in America.

Here's everything Jaymee said in the video. She needs our support, our prayers, our positive energy, our help.

So last February 19, Wednesday, I received the cytology report for the liquid buildup on my left lung. And it turned out to be malignant.

Yes, it’s malignant so it means, it’s cancerous, and this makes me a three-time cancer survivor.

Yes, three times. Technically, it’s out of my body now. But, of course, it’s a sign that we need to upgrade treatment, and so I’m gonna do a switch to something stronger just so it doesn’t come back again.

And so the past few days I’ve been angry and sad at the same, and so frustrated. So f*cking frustrated.

Because I feel like I am doing everything I can for this cancer to just stop bothering my life, but it keeps coming back, and I am just in this rage right now of like, what the f*ck is this b*tch trying to do with my life?

And now I need to be very aggressive to fight this off because it’s not funny to have three diagnoses in four years.

And I am blessed to have this healthy body that keeps trying to fight, and a good medical team and support, and I am so pissed off that I can’t even describe in words how exactly I feel right now.

I did have a conversation with God, and asked Him why. But you know what, you can’t ask these things. These things just happen randomly, and we all have our sh*t that we’re carrying, you know. So I can’t really go on with this victim mode.

But it did hurt me so bad because well, cancer sucks. There’s no other way to go around it.

And I have to feel what I need to feel, and I just have to just vent out and be real about what I feel.

Now I know that this is probably not for everybody, that every time I post real emotions on social media, I can feel that people freak out and even unfollow. Which is very, very ironic for me because we tend to follow people who are so [into] fake things, but when people are actually suffering and enlisting some support, you freak out.

What kind of a world is this? I feel like humanity is dying.

We just want what benefits us, and when people are going through hard times, we run away thinking it’s negative energy, when, in fact, some people don’t even have the balls to put out a story that’s real, you know.

So I understand if people unfollow or just shy away from the realities of adulting life. But it still is ironic and unbelievable and cruel that you don’t really need to send money or offer big things to support people going through hard times. Just the fact that you’re following this person or not abandoning this person is enough even in a virtual way. But I guess human beings are just selfish like that.

That’s why sometimes I wonder if life is worth fighting for because of all these insensitive, selfish people.

But you know what, it’s really their character and not mine, so, if they wanna be like that, then it’s their problem, right?

But yes, this is what’s going on right now. I’m not in the end of the line yet because we still have a lot of protocol treatments to try. But I’m so f*cking pissed off that it’s back again, and, this time, I really need to step my foot down and be aggressive.

And I really, really appreciate your prayers and support as I go through this because it’s not gonna be an easy one.

No, I’m not doing chemo, I’m not losing my hair and all that. But you know it’s gonna be really an aggressive kind of treatment.

I’m just hoping I tolerate it well, and that it really shoos away this cancer b*tch because I’m done with it. I’m so f*cking done.

So please send me your positive energy, your support, your prayers, everything that just lifts me up right now.

I know I’m sounding selfish and entitled, but I think I have every right right now to feel so upset and demand for some support.

Because the truth is my family is far away from me, and I’m here because treatment here is affordable for me with insurance, and I just need to be here.

And social media is my way to release my fears and my worries and, at the same time, encourage people going through [tough] times.

But in exchange, I hope that you support me because this is just something that would mean a lot to me right now.

I deserve to live a pain-free happy life just like everyone else, so please, help me win this battle. That’s all I ask.

Help me believe that humanity still exists, that there’s still good people out there, and that miracles do happen every day.

I believe in my heart it does. And I’m not gonna give up until I [stop] breathing.

And I have chances here on Earth, I’m still gonna keep pushing to live because I know that life is worth it.

Say yes three times. Three times. I won it once, I got it twice, and I’m gonna win again.

The Kapamilya star got diagnosed with Stage 2A breast cancer in October 2016.

She began her chemotherapy treatment in January 2017, at the UC San Diego Moores Cancer Center.

On July 27, 2017, her 38th birthday, she happily announced her triumph over cancer and its "barbaric" treatment.

Unfortunately, the cancer came back in March 2019.

Nevertheless, she sounded positive in her post: "I don’t want to disclose specific info right now but one thing’s for sure... the recurrence was detected super early and medical team are still doing more tests to make sure all bases are covered."

Part of her caption read, "Today, I looked at my phone with tears of hope in my eyes. It’s been 4 months since I’ve been on my new hormone treatment and my tumor markers have already gone down drastically which means treatment is working. The cancer is starving..."

She also starred in the movies My Big Love and Tanging Ina Ninyong Lahat, which were both released in 2008.

For two years, the TV host studied Communications and Tourism in Sydney, Australia.

She later moved to Madrid, Spain, where she lived for at least four years and became an English teacher.

Jaymee has been in San Diego, California since mid-2015, the year before she was first diagnosed with breast cancer.

In 2019, at the age of 40, she bagged a "principal role for an online commercial shoot in West Hollywood."

Jaymee made a quick trip to the Philippines in November 2019.