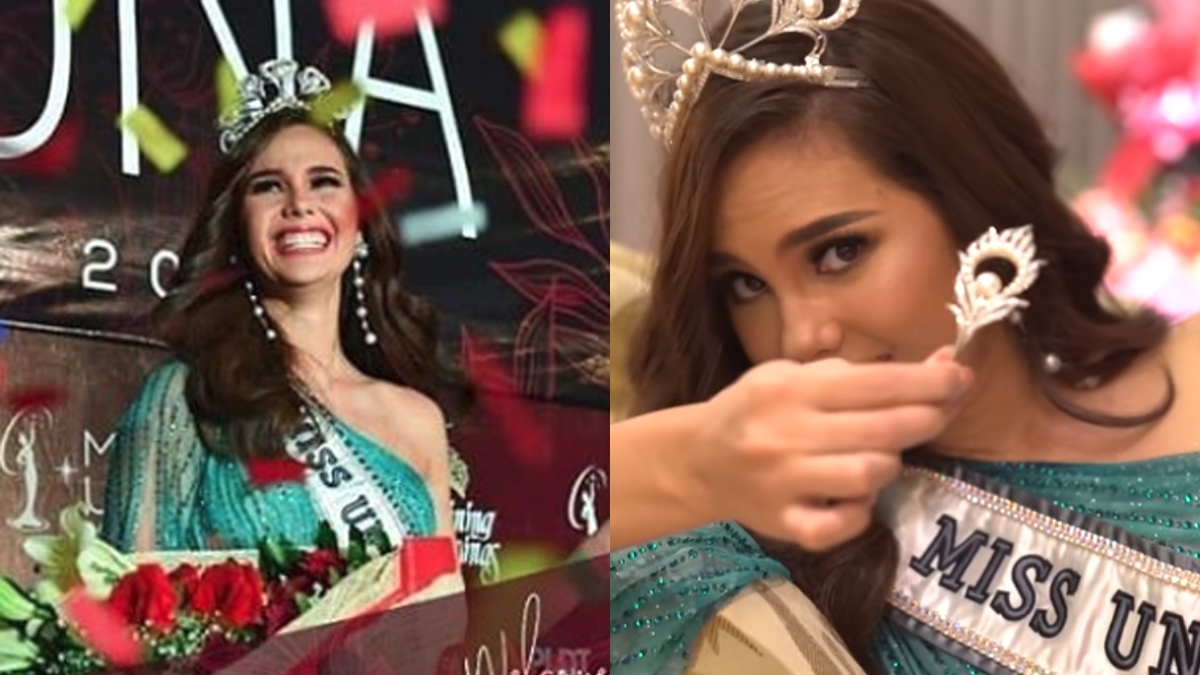 A broken Miss Universe crown on Catriona Gray's head? Calm down, most likely it was just a replica.
PHOTO/S: @thearanetacenter on Instagram / Miss Universe on Facebook

On March 8, Cariona was seen wearing a broken Mikimoto crown on her head at the grand coronation night of Puteri Indonesia held in Jakarta Convention Center.

The 25-year-old beauty queen started the parade with all seven feathers of the Phoenix Mikimoto crown still intact.

She revealed, "So, one of the things I loved most about the parade is that they have this like moving band.

"And they have the drums, and it makes me wanna dance, so I end up dancing although I'm not a very good dancer.

While holding the broken piece, she continued, "The Mikimoto has seen better days. As a result of my dancing. I'm so sorry."

Catriona ended the parade with a broken crown.

Although Catriona did not mention if the crown itself fell off her head, a video posted on YouTube showed a broken piece of the crown falling off.

The Phoenix Mikimoto crown was named after its maker, Japenese jeweler Mikimoto, and inspired by the Fenghuang phoenix.

It was made with white and yellow gold accentuated with 500 natural colorless diamonds of almost 30 carats (6.0 g) with 120 South Sea and Akoya pearls.

It was also not clear, however, whether the broken crown was the original or the replica. Miss Universe titleholders usually wear a replica to public events.