Juliana Gomez on marriage of parents Richard and Lucy: "This is what love should be like" 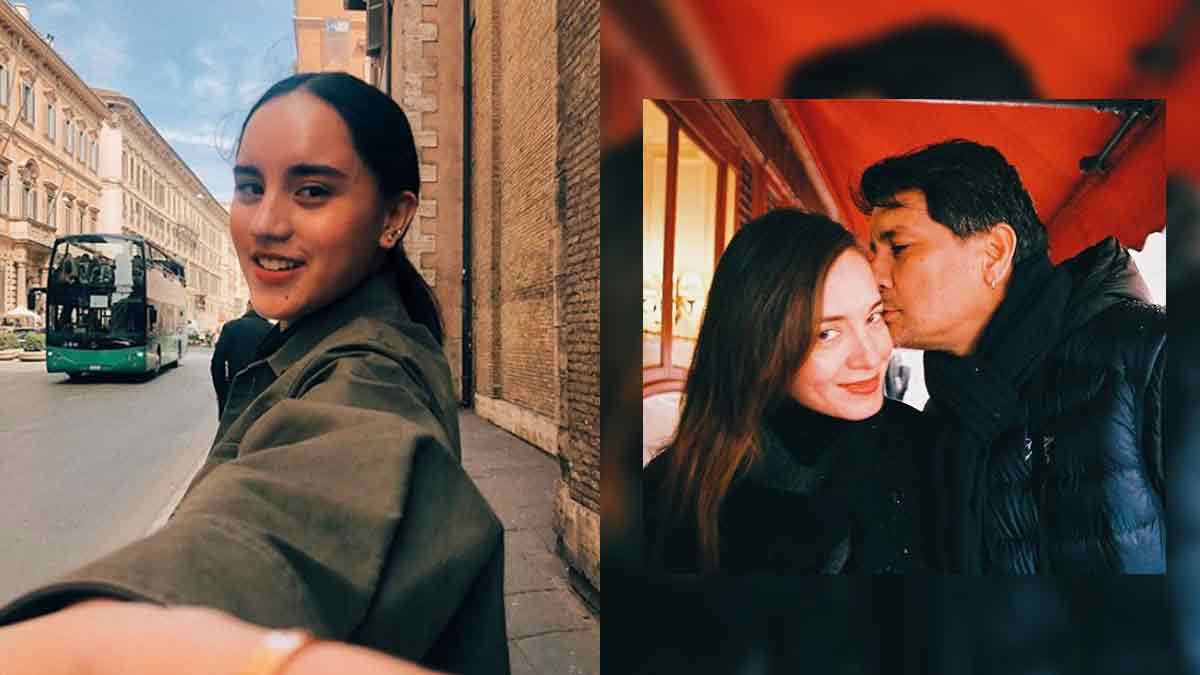 Juliana Gomez, 19, has permission to date. She says her parents Lucy Torres and Richard Gomez want her to enjoy the experience while she's young.
PHOTO/S: @gomezjuliana on Instagram

Juliana Gomez has described her relationship with her parents Richard Gomez and Lucy Torres as a lot more like "friends" than "parent-daughter."

She said In her Instagram Live interview with TV writer G3 San Diego last July 13, 2020, "Our relationship is so healthy. I don't fear them at all... I can just tell them everything."

And what does her mom tell her about love?

Juliana said, "She always tells me that it's a natural thing. You shouldn't fight it.

"However, she always tells me, 'Huwag ka magpatali' because the world is so big.

"There's so many other people and you just don't know who you'll fall in love with, e."

Although Lucy allows Juliana to date, the young woman said her permission came with a warning.

She shared, "Huwag ka muna mag-commit, that's what she means.

"You can date, but don't commit and say na, 'Yeah, when we're out of college, we'll get married.' Nothing like that."

What about Richard, does she get some love advice from her dad, too?

Juliana disclosed being pleasantly surprised that her dad seems unconcerned.

She said, "He's so relaxed. He doesn't even ask me. Like I could be dating someone and still he won't mind.

"And growing up, I was so scared. Parang, how will I introduce my future boyfriend to my dad?

"But then, when I actually did start dating, parang he never asked. So, I was scared of nothing, actually."

Juliana recalled being in grade one and telling Lucy about having a crush.

And as far she could remember, her mom just shrugged it off.

She recounted exactly what she told her, "'Mom, he's so cute. I have a crush on him na.'

"She never told that I'm too young to have a crush, because it's a normal thing, e."

Even when she has come of age and ready to date, Juliana has the trust of her parents.

She said, "We never really spoke about it because it happened naturally.

"And it happened at the right time na, in the sense na, I was of age. They're not strict about it at all."

"third wheeling" to her parents

Being the unica hiija of Richard and Lucy, Juliana quipped that she has been "third wheeling my whole life."

She beamed, "I'm not even kidding. Like when we travel together—kasi tatlo lang kami, e.

"Ikaw iyong nagpi-picture sa kanila, everything. But it's fun! I like it."

Showbiz fans know very well how romantic Richard and Lucy can be to each other.

Not only on every anniversary or birthday that they exchange sweet messages.

Also on ordinary days, the couple often write nakakakilig messages to each other on social media.

On her parents expressing their love for each other every day, Juliana said: "The way my mom loves my dad is very different from the way he loves her in the sense that mas ma-words siya.

"She's very romantic with her words. It's like in the morning, 'Good morning, honey. You look so good. You're so guwapo.'

"My dad, on the other hand, he's not very sweet with words, but with actions. You can tell that he really loves my mom. Malambing siya through actions."

Seeing this kind of love in her parents, Juliana said her "standards for love are definitely higher. That's for sure."

"Anything less… kind of iffy, you know?"

Richard and Lucy have been married for 22 years.