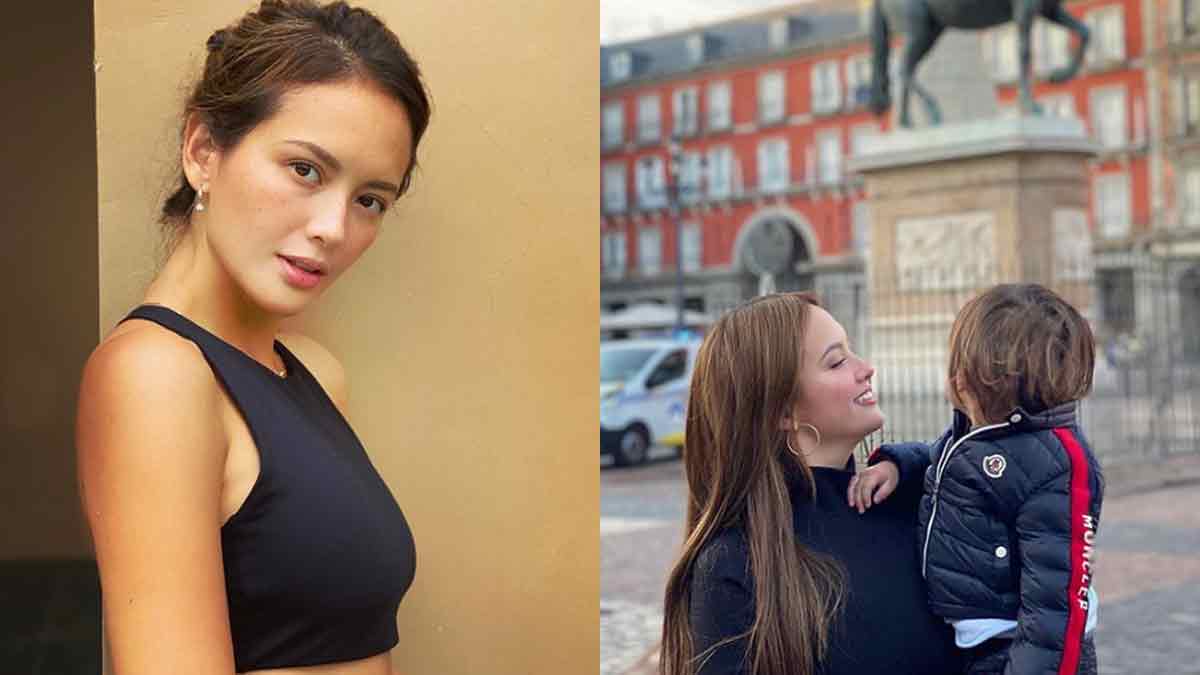 Ellen Adarna says her top priority is her son Elias Modesto. To mark her second Mother's Day, she posts a photo of them on Instagram for the first time.
PHOTO/S: @maria.elena.adarna on Instagram

To mark the occasion, the actress posted a rare mother-and-son photograph.

It didn't show Elias's face, but the photo captured her happiness as a doting mom to her tot Elias Modesto.

Ellen as a mother

Since she went active again on social media early this year, Ellen has been entertaining questions from followers in her Instagram comments section.

Back in March, Ellen underwent a mental training in Bali, Indonesia to treat her depression, anxiety, and post-traumatic stress disorder.

When she returned to the country later that month, the Cebuana celebrity opened up about her three-year struggle with depression.

In the comments section, a netizen asked why Ellen hasn't posted a photo of her son Elias on Instagram.

The actress, who can go from funny to fierce in a flash, replied, "his father and I are protecting him and his privacy from chismosas like you"

Ellen spoke a bit more about her life as a mother in a Facebook Live interview with Monster RX 93.1 in April.

One of her revelations was that she won't be making a showbiz comeback just yet.

"Definitely, not in the next seven years,” she said.

Her main priority now, she said, is to be with her son during his formative years.

She described her daily life with Elias:

"This is the quarantine life, ha. I go back to him and wait for him to wake up, and then breakfast, and then play outside or swims.

"And then, while he is swimming or playing outside, I work out. That’s my me time.

"That's when I have my me time again. And then afternoon, we play, and then dinner.

How does Elias's father, John Lloyd, stay in the picture?

In an exchange with another fan, Ellen said that she and John Lloyd are co-parenting.

She told the netizen that Elias stays with her, but the toddler goes to his father "twice a week."