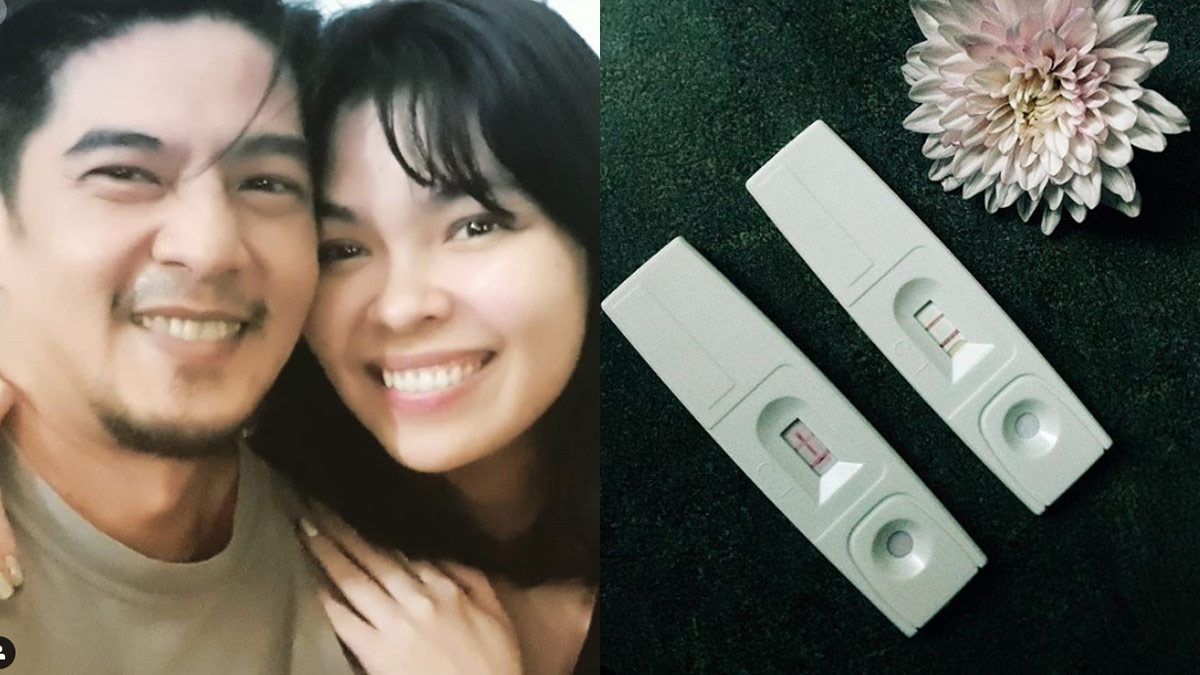 On October 11, 2020, Romnick Sarmenta and Barbara Ruaro took to Instagram to announce that they are expecting their first child. Barbara is now in her fifth month of pregnancy and is expected to give birth in February 2020.
PHOTO/S: @nicksarmenta / @bieruaro on Instagram

A hearty "Congratulations!" is in order as veteran actor Romnick Sarmenta and partner, indie actress Barbara Ruaro, announce that they are expecting their first child.

Romnick and Barbara made the baby announcement separately on their Instagram accounts early today, October 11, 2020.

Romnick uploaded a photo of a pregnancy kit which shows a positive result.

For his caption, he simply wrote, "I B A

"Infinitely Blessed with Your Affirmation

Barbara gave more details about her pregnancy on her Instagram post and expressed how excited she is for her baby.

In her post, the Kung Paano Siya Nawala actress revealed that they are expecting their baby in February 2020, which means she is now on her fifth month of pregnancy.

Her full caption read: "Thank You, dear God, for the gift of life!

"The cross that appeared on my test and this miracle as a whole is Your loudest yet most comforting affirmation. I praise and thank You for my Nicko, and all our friends and families who have expressed and continue to show their love and undying support. See you on February, Little Bean."

It was in June 2020 when rumors about their relationship made headlines.

Months before this, netizens hinted out that Romnick's new partner is Barbara after digging their exchanges on Instagram.

In an exclusive interview with PEP.ph (Philippine Entertainment Portal), Barbara revealed that they met each other on the set of the romantic comedy series titled Past, Present, Perfect?

This mini-series which starred Loisa Andalio and Shaina Magdayao was released on iWant, the digital streaming platform of ABS-CBN, in May 2019.

According to Barbara, she and Romnick took their time to get to know each other before they got in a relationship.

She said, "Hindi kami nagmadali. We took our time in the getting-to-know phase. It was organic and free from any selfish agenda.

"It took a while for that friendship to evolve into something romantic. It had its own challenges."

Romnick already has five children with his ex-wife Harlene Bautista.

It was in October 2018 when the former couple announced in a joint statement that they have decided to end their relationship. They have been married for 19 years.