Dennis Trillo and Jennylyn Mercado are expecting a baby girl 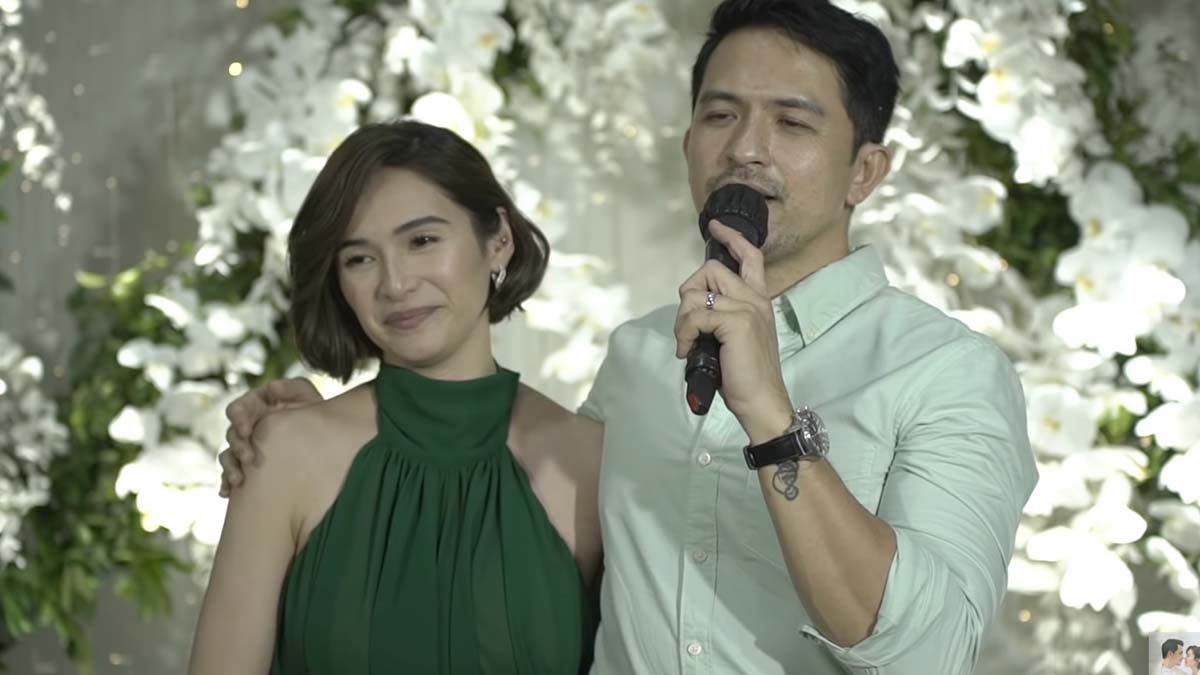 On Friday, November 26, 2021, Dennis Trillo and Jennylyn Mercado take to social media to reveal that they are having a baby girl.
PHOTO/S: Screengrab from YouTube

GMA-7 couple Jennylyn Mercado and Dennis Trillo happily announced they are having a baby girl.

The gender-reveal party for Dennis and Jennylyn's baby was held right after their civil wedding at TGIS Studio in Quezon City on November 15, 2021.

The vlog's short introduction revealed that the newlyweds have always wanted a baby girl since both of them already have sons.

Alex Jazz is Jennylyn's son with former boyfriend Patrick Garcia. Calix, on the other hand, is Dennis' son with his former girlfriend, Carlene Aguilar.

Dennis and Jennylyn have been planning to have a baby since 2018.

They initially considered surrogacy as Jennylyn wasn't ready at that time to bear a child.

Their first attempt in the country failed.

In early 2021, the couple pursued the surrogacy plan in Dallas, Texas.

And part of their prayer was to have a baby girl.

The embryo from the couple's second surrogacy attempt turned out to be a boy.

The implanting of the embryo was supposed to happen in October, but the couple had to put it on hold after they found out that Jennylyn is pregnant.

The power of "manifesting" was also proven to be true after their wish of having a baby girl was granted.