Paolo Bediones apologizes for his video scandal in 2014: "I know that what I did was not a crime, but these things just happen." 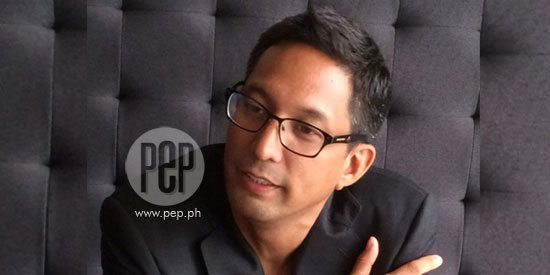 “And just like any normal Sunday, I woke up in the morning.

“The night before, I was praying that the video wouldn’t come out.”

“My girlfriend at that time, who I shall keep anonymous…

“I had to protect her. I had to make sure no one knew what her name was.

“And no one ended up finding out.

“A couple of people were making guesses here and there, but I’m really thankful that her identity was kept secret.

“For lack of better way to describe it, shoot the video…

“I think it was a two-hour long video… It was a video that just kept on rolling and we just kept changing the position of the laptop.

“When we were done, we forgot about it.”

“I brought the laptop to the store… I don’t wanna name any store yet, but the NBI [National Bureau of Investigation] and PNP [Philippine National Police] had been on it.

“So, I brought it to the store and then what they did was, they didn’t inform me that they outsourced it to Greenhills.

“When I got the laptop back, I opened it, and I was like, ‘Oh, my god, the password has been disabled.’

“I don’t know where the story came from, but there was nothing cartoony about the label…

“So, this was pretty much concealed as well as you could, given my limited technical abilities in terms of constructing folders.”

Saad ng TV5 anchor, “You know how it is when you feel really sick in the pit of your stomach? ‘Okay, there’s something wrong.’

“And I let about three months pass.

“And in that snail mail, there was screencaps of the video. And I knew.

“I posted it on Instragram and the message was: ‘Tawagan mo kami, mainipin kami pero madaling kausap’ and then the [phone] number.

“I borrowed my PA’s phone and called.

“And they were demanding P3 million. If not, they’ll send the video out.

Patuloy ni Paolo, “Basically, for the next four and a half years, that’s how I lived my life.

“I would pray at night, I hope it doesn’t come out. I’d wake up in the morning, I hope this is not the day.

“And I guess they got sick and tired of waiting,” pagtukoy niya sa may hawak ng kopya ng video scandal niya.

Sagot niya, “In all honesty, I practically crap in my pants every time I see something that remotely can be an indicator that it’s mine.

“You know, I would like to thank, honestly, and this is walang plastikan...

“Because they actually had it [copy of the video] already in their possession all this time… probably [since] 2010.

“There were a couple of reporters who are trying to make a story out of it.

“I guess it was the goodwill that I was able to spread throughout the years that I was in show business.”

Ayon kay Paolo, “They called me and they said, ‘Pao, you know, we have…’

“Or even when they first got it, they said, ‘Pao, we have something here, but don’t worry, we won’t release it.’

“And at that time, I was doing Extra Challenge on GMA, it was the biggest show.

“And ABS could have used it, but they didn’t.

“I had a couple of endorsements, they assured me that, ‘You know, Pao, if any of the networks put it out and do it, we’re gonna pull out from them.’

“So, I got that kind of assurance from all the networks.”

“I told them right away when they got me, they knew about it.

“And they said, ‘Let’s deal with it when it comes out.’

“Unfortunately, on that day, July 27, it came out.

“TV5 aired a statement of support saying that, ‘It was a private issue and it has nothing to do with his job as an anchor.’”

Ngunit paglilinaw ni Paolo, “You know, I don’t blame the network for asking me to take a leave from being an anchor, I understand.

“I understand that it’s difficult for people to watch the news with me and my suit, and thinking something else.

“No hard feelings with what happened, that I was taken out and replaced as an anchor.

“I still get to do what I love to do.

“I still do my Rescue 5 activities. I still am active in the Air Force reserve. Yeah, the business.

“These are things that help me cope with it.”

SORRY… Pagpapatuloy ng TV5 anchor, “But, you know, let me tell you this, and you know how it is when something happens in your life and people say, ‘You know, it’s okay, you’re a good guy.’

“No matter what comfort people offer to you, it doesn’t help, because unless they are actually immersed in that exact same situation, they wouldn’t know…”

“I’ll take this opportunity to say sorry to my family, obviously for the shame that I brought to them for that period of time.

“They’ve always been there for me no matter what—in good time, in bad…

“Even the viewers, the fans, the admirers, the people who’ve been supportive all these years, I’d like to say, from the bottom of my heart, if I disappointed anyone, I’m really sorry.

“I know that what I did was not a crime but, you know, these things just happen.

“Bottomline is, do you know how to deal with it?

“Do you know how to take this, is there any way to turn this into positive?”