Jessy Mendiola denies she is the new Darna 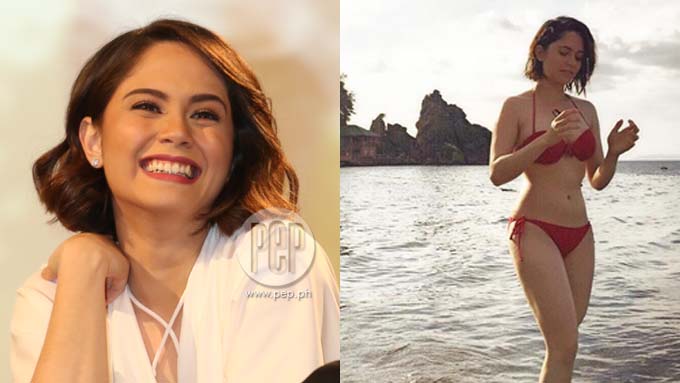 Jessy Mendiola's recent Instagram posts fueled speculations that she might be flying as the new Darna. However, she denied that she was already chosen but she is very much flattered that she is being considered by netizens to portray the role.

Jessy Mendiola denied that she will replace Angel Locsin as the new Darna.

Her recent Instagram posts fueled speculations that she might be soon flying as the Pinoy comic superheroine.

Read: Is Jessy Mendiola the next Darna?

However, Jessy told the press during the digital media conference of her new teleserye You’re My Home earlier today, November 4, at Antipolo City, that her posts had nothing to do with the Darna role.

“Para sa akin, I went on a vacation and nag-beach, so I think it’s pretty normal for you to pose wearing a bikini or any beachwear.”

But according to the Kapamilya actress, she feels flattered that she is being considered for the much-coveted role.

“I really get flattered and, I don’t know, kinikilig ako when they put a comment about that. So thank you.

"But, of course, nothing [is] sure yet. I’m not really pushing it."

But if ever she will be chosen as the new Darna, what does she think she needs for her to fill the shoes of Angel?

“I think anyone, kahit hindi ako ang mapili, kung gagawin mo ang role na yun, you’re supposed to be ready for all the bashing also and hindi nag-agree na you should portray the role.

“Or if ever you get chosen also, I think you should undergo proper training, prove to them bakit ka pinili and that’s because you can be your own Darna, not to imitate kung anong ginawa niya.

“So, it’s up to you how you will make it different from hers.”

It can be recalled that Angel was supposed to take on the role of Darna.

However, she had to back out after a disc bulge has developed in her spine.

Read: Angel Locsin will no longer star in Darna movie

After ABS-CBN’s announcement that Angel can no longer do the movie, she hinted on her Instagram post last October 27 that the management has already chosen her replacement.