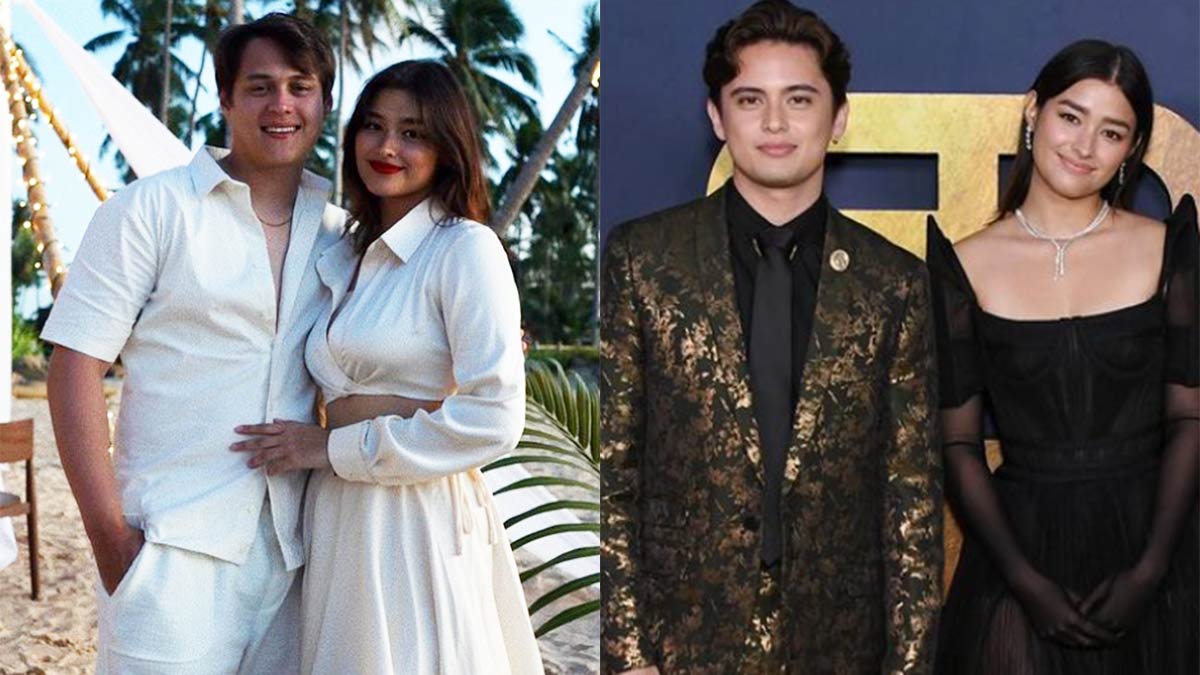 Liza Soberano on longtime boyfriend Enrique Gil (left photo): "Quen is very supportive of what I do. He knows every step of what I am doing. As a matter of fact, we are video calling each other every day when I was in L.A." She also maintains that she has a purely professional relationship with James Reid (right).
PHOTO/S: @lizasoberano Instagram

READ: Liza Soberano opens up about status in ABS-CBN, change of managers

"I heard... Like, people are speculating that Quen and I broke up just because we weren't together on the trip.

"Just to clarify, no [we didn't break up], we're super good.

"It just so happened na at the same time as all the events I had to do in the States, his tita from Spain was also about to get married.

"I was supposed to be in that wedding but I don't want to miss up all these opportunities because it's a once-in-a-lifetime opportunity and I'm not getting any younger."

"If I really wanna make it out in Hollywood, I'm all about taking it slow and doing it the right way so I just don't wanna go rushing into auditioning, accepting projects just for the sake of doing something.

"I really wanna develop my craft, to take lessons, become comfortable and a little bit more independent. That's exactly what we are doing.

"Quen is very supportive of what I do. He knows every step of what I am doing."

Katuwiran ng dalaga, "As a matter of fact, we are videocalling each other every day when I was in L.A.

"It's just that I don't wanna give in to what people are demanding from me because they are demanding me to screencapture our video calls and everything.

"If we are comfortable and confident with each other, there's no need to prove to anyone else."

Paliwanag ni Liza: "It's so funny that people are creating all these tsismis.

"I feel like it's normal in the Philippine entertainment culture, I guess, because of the whole loveteam thing.

"But James and I, we're just business partners. He's my manager and Quen is completely aware of the whole thing.

"At first, we were attending these meetings with James and he was very supportive of everything I wanted to do.

"Quen is just, you know, chill taking his time, waiting for the right project that will excite him, I would say."

LIZA ON WHAT KEEPS ENRIQUE BUSY

"I feel like he mainly wants to focus on being a businessman at this point because he has his own real-estate business.

"That's something that he really enjoys because he's able to have a lot of time to spend with his family.

"He's a family man, a family-oriented person. I feel like he likes controlling his own schedule," saad niya.

Aniya, "In fact, we have a meeting this week with them.

"But it's really a matter of, like, whether the project is something that is right in the direction that we're going towards or something that excites us."

Saad ng aktres, "That I don't know, if Quen is still interested in acting anymore. That's his decision to make.

"I would be happy to work on a project with him still, but I'm focusing more on becoming more independent on my career.

"I'm focusing on working on projects abroad, so obviously... Love team is not a big thing on a Western movie and TV industry.