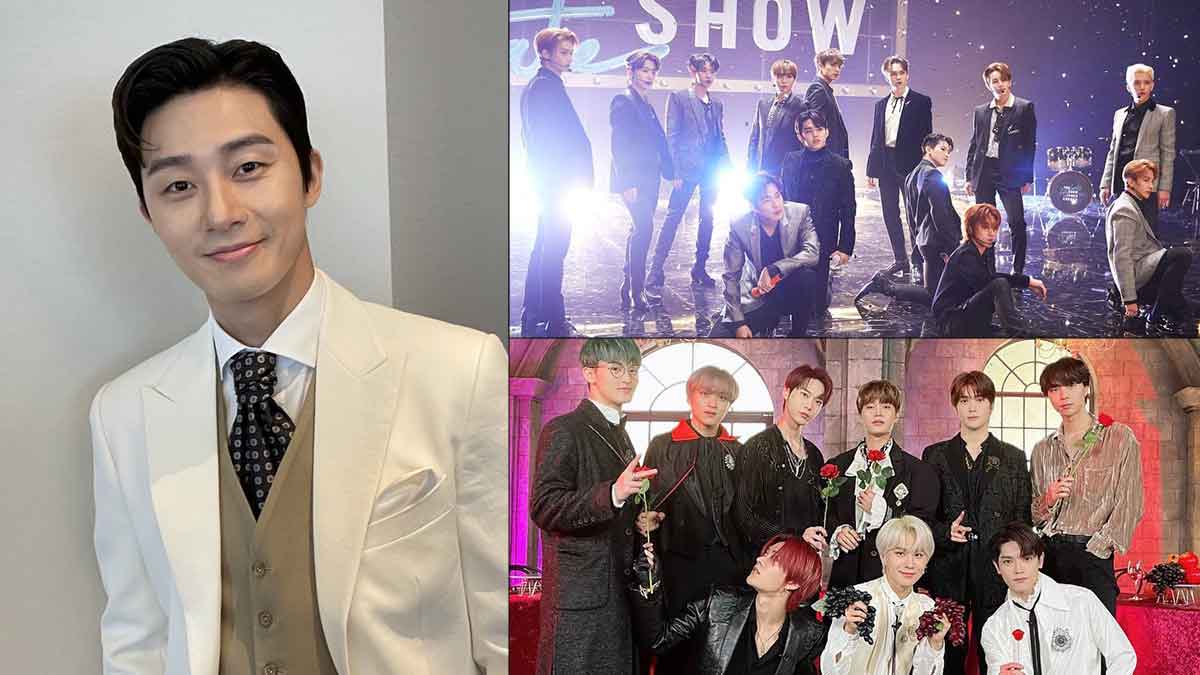 Music venues may still be on lockdown across the country amid the COVID-19 pandemic, but this doesn't stop Korean superstars from connecting with their Filipino fans.

Stars of K-pop and K-drama have resorted to livestream shows that their Filipino fans can watch on their devices from the safety of their homes.

Here are the three livestream concerts and fan meets of K-pop stars and K-drama superstars to look forward to this November 2021.

Seventeen is expected to perform some of its chart-topping songs on the show, which will be streamed online via LazLive and shown on TV via GMA-7 at 9:30 p.m.

In a short interview posted on the e-commerce app's official YouTube channel, members of Seventeen expressed how much they miss performing for their fans.

Jeonghan, the group's lead vocalist said, "Yes, indeed, we have been to Southeast Asia as we were on tour. We had such great memories at that time.

"So next time, I hope we can all go together and hold concerts, making good memories with CARATs."

The last time Seventeen visited Manila was in February 2020, just a month before the country imposed a lockdown to prevent the spread of COVID-19.

The group has been tapped to headline the Shopee 11.11 Big Christmas Sale Special. Although virtual, this is the first time the group is performing for their Filipino fans since the COVID-19 pandemic happened.

"We will prepare a very special performance just for you," Taeyong said in a teaser video on the online shopping app's official YouTube channel.

NCT127 has staged two concerts in the Philippines before the pandemic. The first one was in 2017 as the headliner of the K-Pop Republic 2 music festival. The second one happened in 2019 as part of the K-Pop World Music Festival.

Smart Communications and Viu Philippines teamed up to bring the Itaewon Class actor to the center stage of Smart Hallyu Hangouts, which will be streamed exclusively on GigaPlay App this November 13, 2021, starting at 4 p.m.

Seo Joon is the third K-drama star who will get to meet his Filipino fans online, following the success of Hyun Bin and Son Ye Jin's virtual meet-and-greet event in July 2021.

It was in October 2020 when Seo Joon was first announced as the new ambassador of the telecom. At the time, there were plans to bring Seo Joon back to the Philippines for a meet-and-greet event, but the COVID-19 pandemic prevented it from happening.

If this plan had pushed through, it would have been Seo Joon's second time in the country.

The first time he visited the Philippines was in September 2019 for a meet-and-greet event organized by local clothing brand Bench/.