Michele Gumabao: From volleybelle to PBB housemate to beauty queen 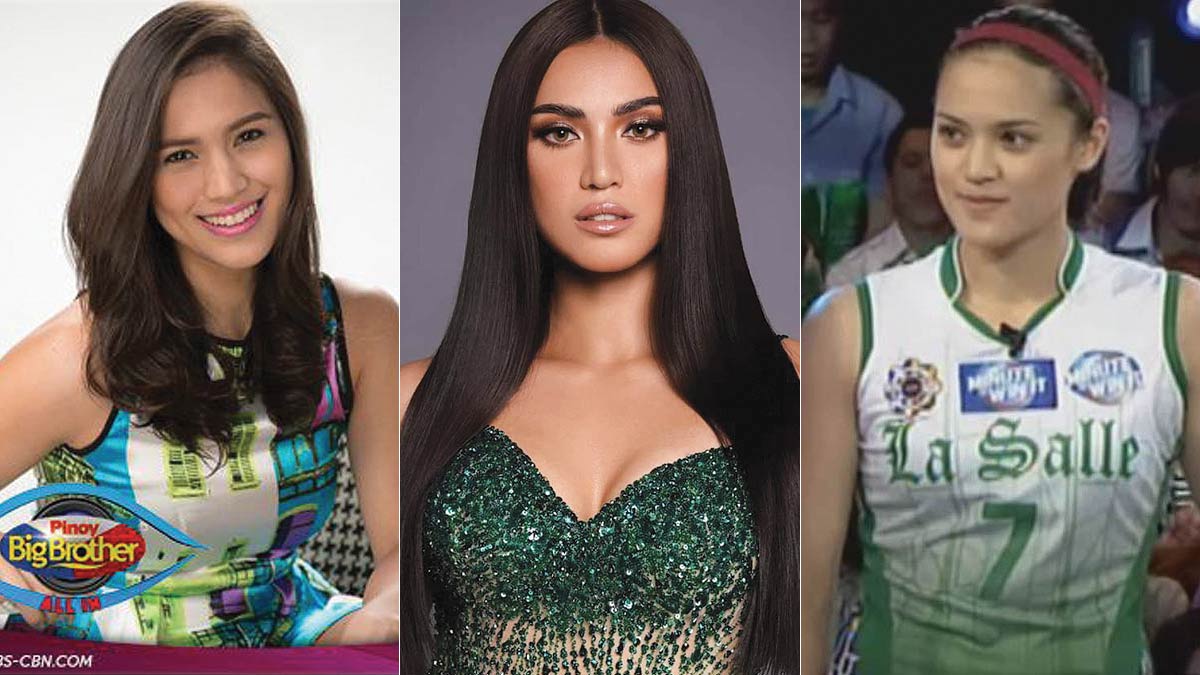 An athlete at heart, Michele Gumabao, has always said, “I try my best. I don’t always win.

From being a professional volleyball player, Michele has successfully transcended her love for the sports into becoming a TV celebrity and then a beauty queen.

Knowing the value of hard work, dedication, and discipline in achieving a goal, Michele has gone beyond sports in her hope to become a voice for change.

She said in an online interview in June 2020 by pageant enthusiast Adam Genato, “I know I can be of value to an organization, my voice is my influence.”

Named Michele Theresa by her parents, former PBA player/actor Dennis Roldan and Loli Imperial, who comes from an influential family in Bicol, she was born in San Mateo, California, USA, on September 2, 1992.

But she grew up in the Philippines. She has four siblings—Marielle, Katrina, actor Marco Gumabao, and Margarita.

She also has relatives known in the showbiz industry. Her aunt is veteran actress Isabel Rivas, sister of Dennis.

For her secondary education, Michele went to the School of the Holy Spirit in Quezon City.

She finished her Bachelor of Science degree major in Marketing Management at the De La Salle University and was a consistent Dean’s Lister until her graduation in 2012.

At De La Salle, Michele was part of the varsity team, Lady Spikers.

During her time, her team was the champion in the University Athletic Association of the Philippines games for three consecutive years, which she considered a rare feat.

Michele knew even then that winning a game was just the beginning. To stay at the top of the game was, for her, the real challenge.

The 28-year-old prominent pro volleyball athlete also learned to always look for the silver lining in every struggle.

She told herself, “There will always be something out for me.”

After graduation, Michele became a player in the Philippine Super Liga, a semi-professional corporate club volleyball league in the country, from 2013 until 2017.

In 2017, she became part of the Premier Volleyball League, the women's professional volleyball league in the country. 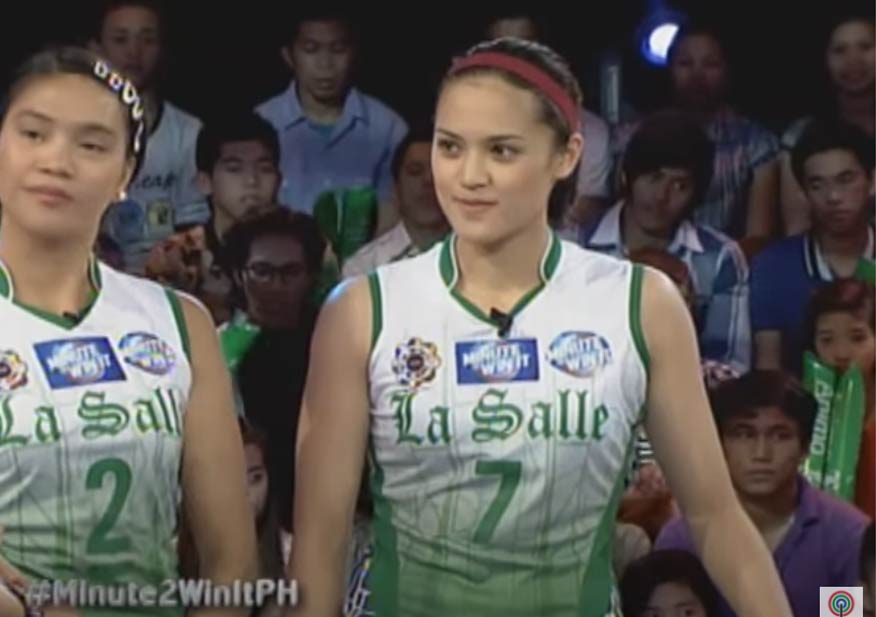 Michele has always considered the sports as her stepping stone to other ventures.

She said that volleyball has not only helped her provide for her family, it has as well opened the way for her to realize her dreams.

Her experience as an athlete gave Michele the guts to become a motivational speaker and volleyball coach to young girls.

She also became a sports analyst in some of the volleyball league tournament seasons, including the Shakey's V-League Season 10 in 2013 and the Season 91: volleyball tournament in 2016 of the National Collegiate Athletic Association.

Thanks to her popularity as an athlete, Michele became a housemate in ABS-CBN’s reality-based TV show Pinoy Big Brother: All In in 2014.

However, Michele built quite a reputation inside bahay ni kuya. She was labeled bossy, probably because of her strong personality and competitiveness.

After she was evicted from the PBB house, Michele was able to explain her side to Kris Aquino and Boy Abunda in the now-defunct entertainment talk show Aquino & Abunda Tonight in July 2014.

She only wanted her group to win every time a task was assigned to them inside the PBB house.

"I was the one who wanted to win our first task and make a good impression to everyone and help everyone.

She added there were other housemates who found her sweet because, "I'm an ate inside. I'm very kenkoy inside, very malambing.."

She also had a misunderstanding with Jane. It happened when Michele told Jane about the issues of their housemates with the actress.

It didn't sit well with the viewers who probably found Michele intrigera.

They voted to oust Michele during the fourth eviction night in June 2014. 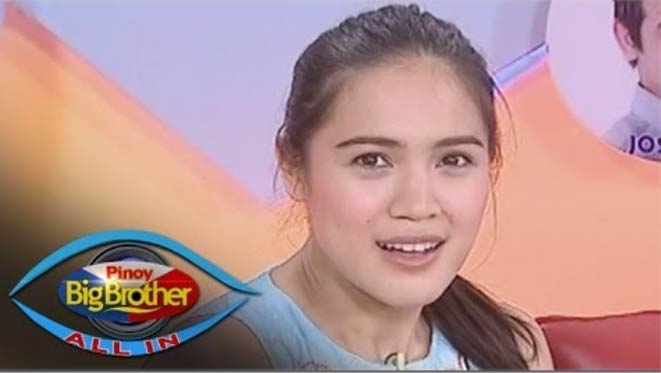 Her eviction from the PBB house had taught Michele a lesson.

A professional athlete joining a beauty contest was news to pageant enthusiasts and fans.

For this reason, Michele became an object of curiosity when she joined the Binibining Pilipinas pageant in 2018.

As she explained in a recent TV guesting, her desire to represent sports in beauty pageantry fueled her decision to vie for the Binibining Pilipinas crown.

She said, “I represent all the girls na hindi nila inakalang mag-beauty pageant coming from sports.”

Her athletic built being on the mesomorphic side, Michele said she also wanted to break the common notion that only pretty women with slender figures can be beauty queens.

She told Rappler in 2018, “I wanna look fit as compared to all other girls because by body build, I’m not very petite.

“So, I’m a tall girl, I have big muscles, and I have to work overtime to maintain my fitness regimen.

“It’s very hard because I’m juggling between two different things [sports and beauty pageants], and my diet has to really be strict.

“I have to be able to maintain that so I can perform my best and give my 100 percent in both fields.”

Michele also recounted in the show Tonight With Boy Abunda in April 2018 what finally pushed her to join a beauty pageant.

She told the host, “A lot of people have always been making hirit on the side.

She went on to relate her encounter with the film director Jeffrey Jeturian in 2017.

One thing led to another, and before she knew it, Michele was being introduced to pageant trainer Jonas Gaffud, known to his trainees as Mama J.

“So pinakilala po nila ako kay Mama J. And that’s when my Tita Isabel [Rivas], that’s when she got involved.

“Also, because she also helped my cousin before, Kristine Florendo, [Binibining Pilipinas] World.

“And then sila po yung tumulong sa akin, all of them. It was really a joint family effort for me to join Binibini because it was really a tough decision at first.”

That was Michele’s first pageant and at a national level at that.

Meanwhile, Michele competed in Miss Globe 2018 in Albania and made it to the Top 15.

After her first pageant stint, Michele moved on and continued playing in the professional volleyball league.

Emboldened by fans and admirers, Michele submitted her application for Miss Universe Philippines 2020 and got in.

Knowing it would be her last chance to enter beauty pageants because of the age limit, Michele was determined even more to give her best shot at the crown.

She said in an online interview last June, 2020, “It’s all or nothing for me.

She admitted ruing at the time she should have done it sooner when there was less pressure from the required age limit.

Looking back, however, Michele said, “But no regrets. If there is something I learned all throughout this pandemic is that you can’t just be stuck on the past.

“You have to live every single day with the same enthusiasm that you would, and just work hard for your future.”

For someone on the fringe of showbiz, Michele seems prone to attract controversy.

The most recent and biggest yet happened when the results of the Miss Universe Philippines 2020 pageant were announced.

After the winners were announced on October 25, 2020, Michele did not stay for the press conference of the placers.

This created a stir.

In the eyes of her critics, she was a sore loser and was bitter for not winning in her last pageant.

It did not help that in her statement in a YouTube video on November 2, 2020, Michele said she saw and heard things about the pageant organizers she was not supposed to see and hear. 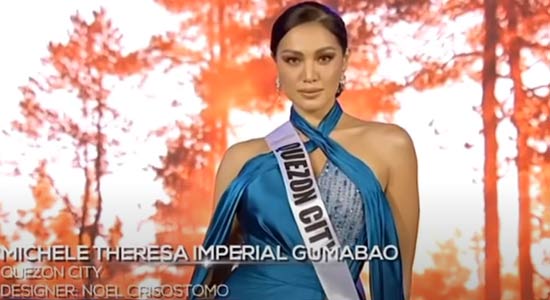 Her statement both puzzled and angered her critics.

Michele clarified she had to make that one final statement to put her pageant experience behind her.

But controversies continued to hound her with her critics becoming more belligerent on social media.

But as they say in showbiz, publicity is still publicity, good or bad.

The pageant may be over but Michele's presence is still very much felt.

She's been making guest apperances in television shows, such as in ABS-CBN's daily talk show, Magandang Buhay, and its noontime show It's Showtime.

She also appears occasionally as co-host in the GMA-7 game show Wowowin, together with other Miss Universe Philippines 2020 runners-up.

However, her statement video about the controversy of the national pageant has reached almost half a million views in less than a month.