Ellen Adarna goes on a site check; is this for a future home? 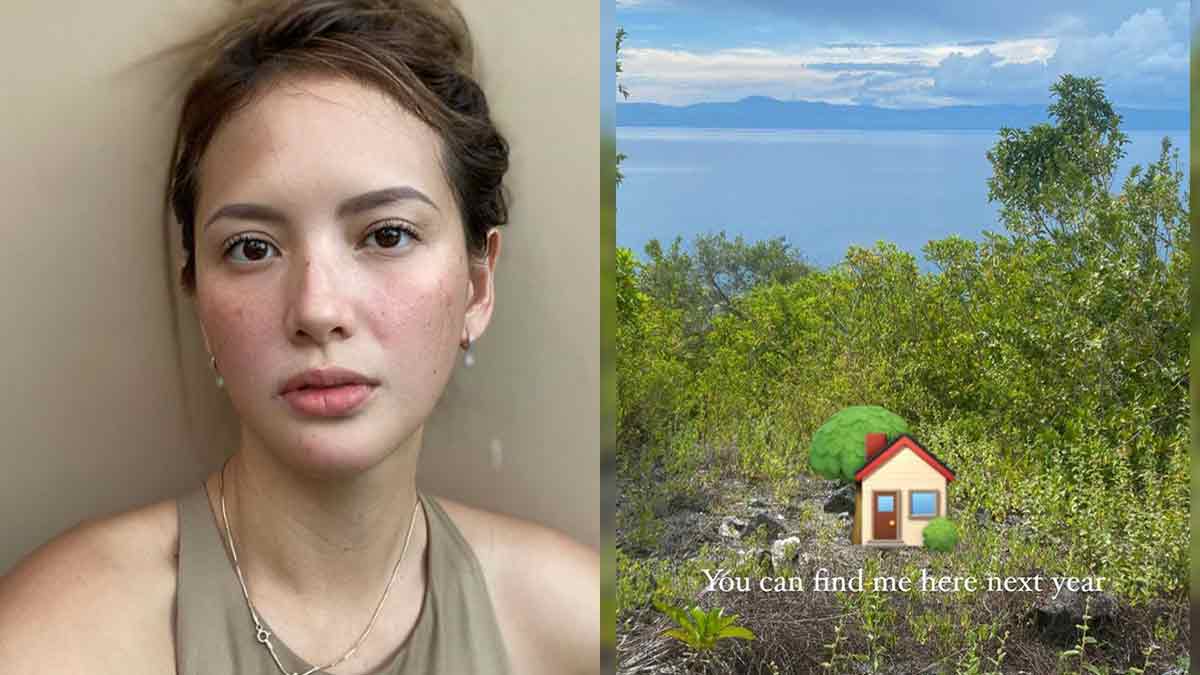 Is this the site of Ellen Adarna's soon-to-be home? The actress only left one clue: an Instagram story that says, "You can find me here next year."
PHOTO/S: @maria.elena.adarna on Instagram

Ellen Adarna and some companions did a site check early this week.

The celebrity endorser didn't give much detail about the site they checked out, but she did leave a major hint in her Instagram Stories.

She took a photo of the lot, added a house emoji, and wrote the caption: "You can find me here next year" 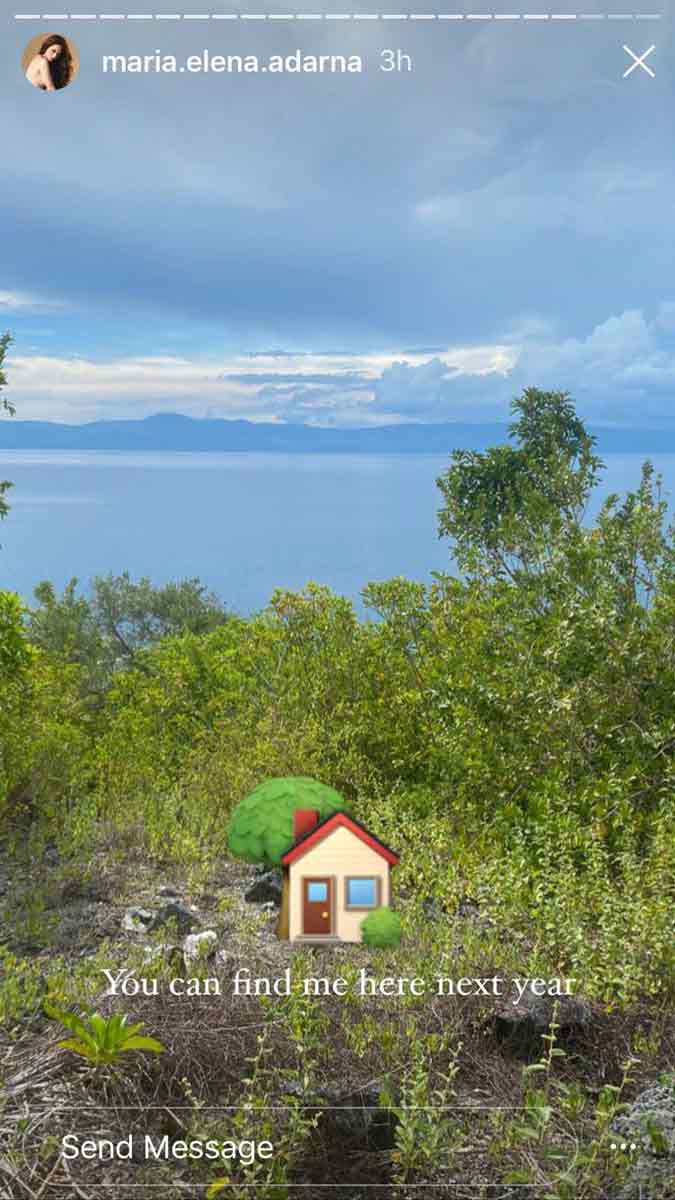 Could this be the spot of her future home?

Ellen didn't say anything more, but she did show a glimpse of their trek going to the site. 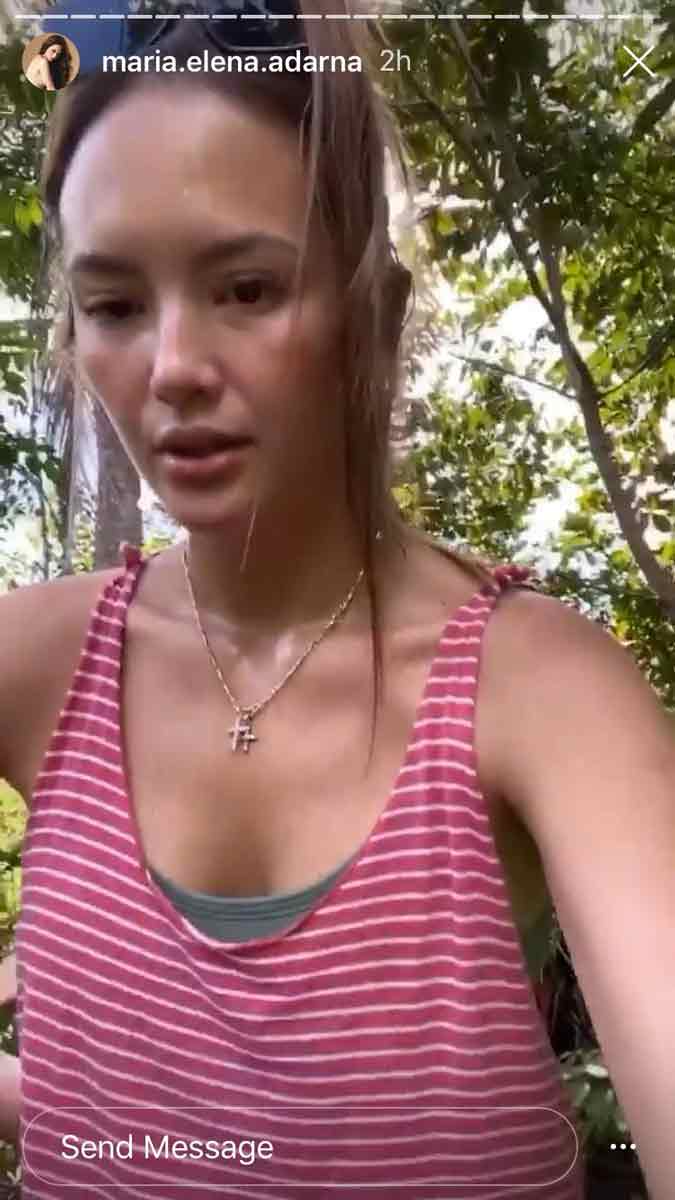 The lot appeared vast, and it had a good view of the sea and the mountain ridges surrounding it. 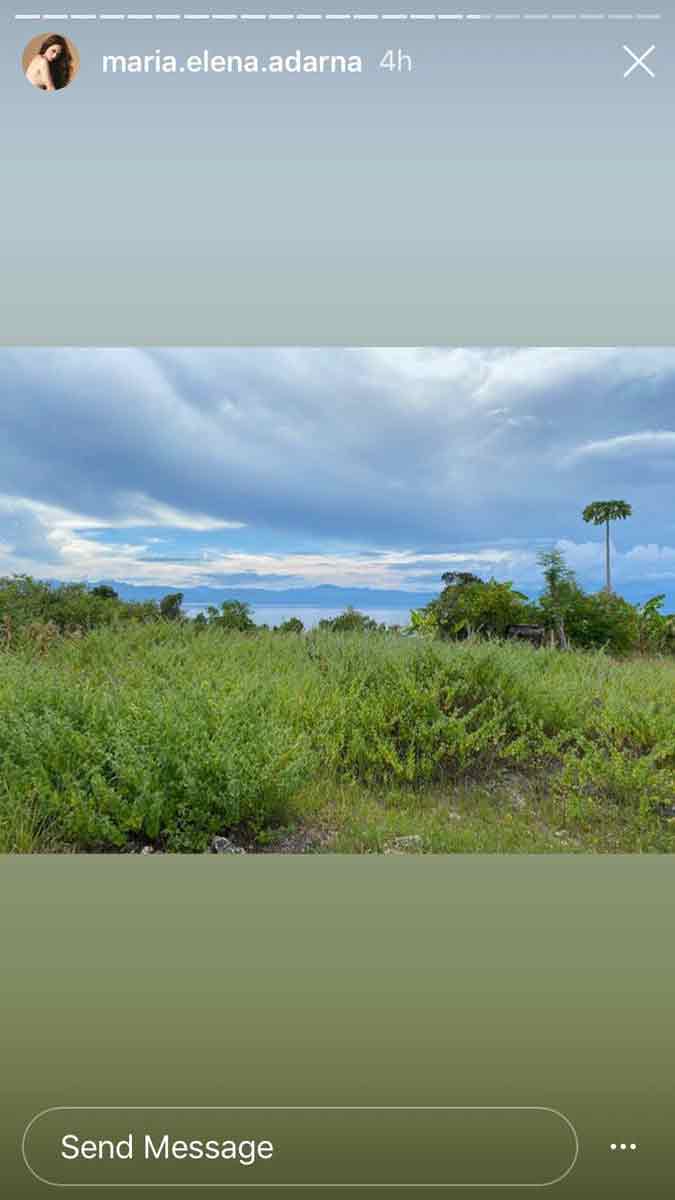 The view also looked different from the one showed by John Lloyd Cruz, Ellen's former partner, in his Instagram profile in 2018.

Back then, John Lloyd and Ellen were still a couple and had a baby on the way —their son, Elias Modesto.

At the time there was also talk that the two celebrities got engaged.

So, when John Lloyd posted a photo of a still-vacant property and added the caption "mine. yours.", it got people thinking that they were building their future home on that spot.

But to go by the look of the lot that Ellen recently visited, this site appears to be different from the property John Lloyd showed two years ago. 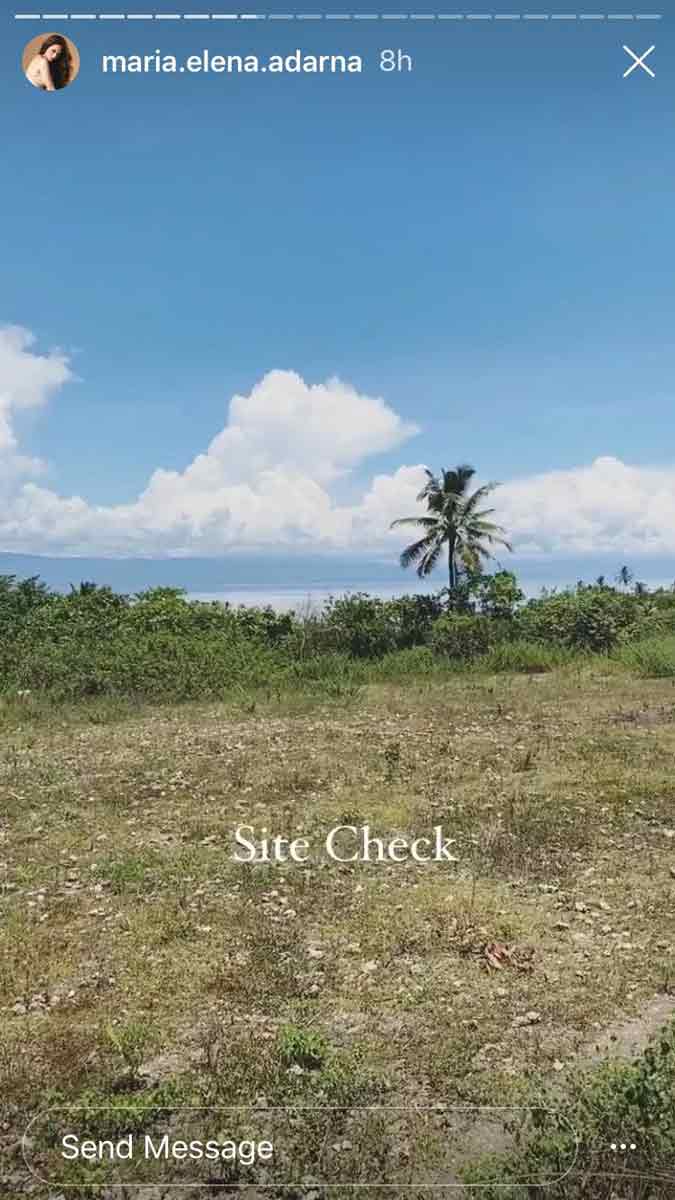 John Lloyd and Ellen are no longer a couple. A source told PEP.ph (Philippine Entertainment Portal) in August 2019 that the two have parted ways but maintain a "co-parenting" status when it comes to their son.

Ellen spoke about this setup in an Instagram exchange with a netizen in April 2020.

She also confirmed in a radio interview that same month that she is now in a new relationship.