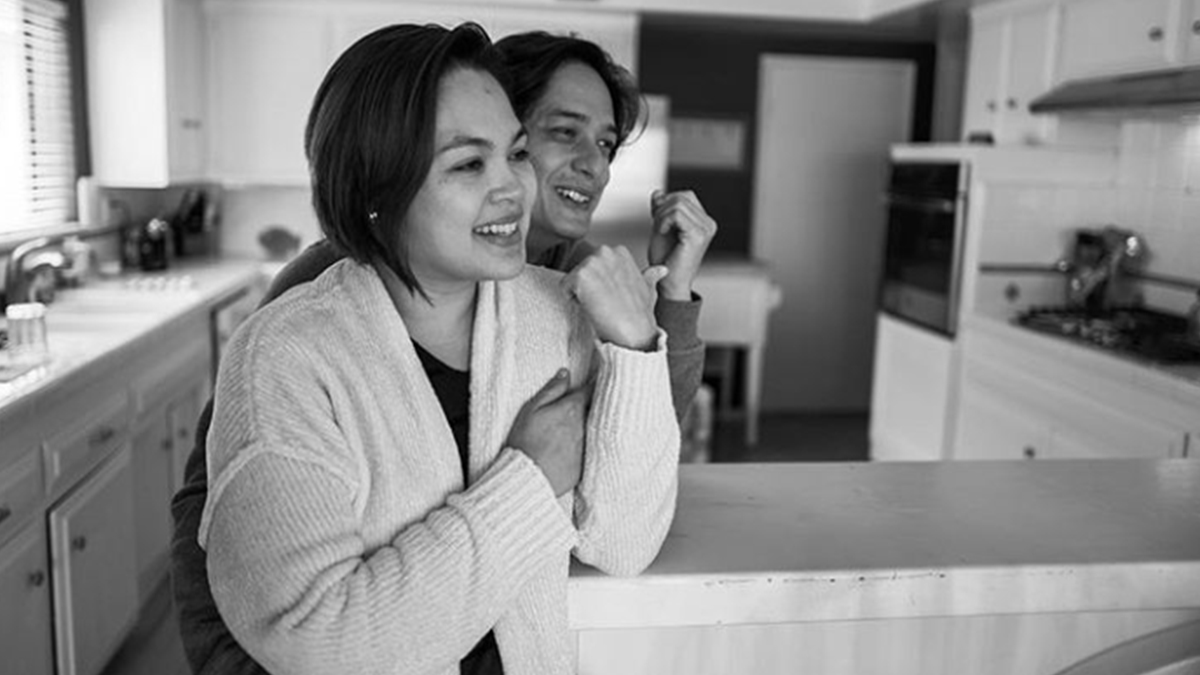 Ryan Agoncillo recounts the early part of his relationship with now-wife Judy Ann Santos, especially that exact moment he knew that she was the one.
PHOTO/S: @ryan_agoncillo on Instagram

It seems to be his way of documenting and capturing moments that he wants his children to remember and treasure.

On Friday, May 31, Ryan recounted an interesting story on how he knew that Judy Ann was "the one" for him.

Uploading a throwback photo of his wife sitting in front of an apartment, the Kapuso host gave snippets of their relationship as boyfriend and girlfriend.

He wrote, "I was maybe 26, Mom and I were only really starting to get to know each other.

"I’d pick her up from 1 of her movie sets, we’d ride a motorcycle thru fog and a thunderstorm just to hang.

"Not every girl would’ve liked it, Mom just giggled thru shivers, while we were sipping gas station coffees, soaked to the socks in the middle of nowhere.

"Sometimes, Mom would drop in on me at the rock and roll club I used to own with your Ninong Ramdy.

"She’d offer to mix drinks and serve beer at the bar for guests along with her other beautiful friends, I don’t think we ever refused."

The 40-year-old celebrity dad went further on a trip down memory lane, and recalled the moment when Juday accidentally became a lights technician during one of his photo shoots.

Ryan wrote, "There was also this time, she pitched to help set up at one of my photo shoots.

"While in the studio hallway talking shop with the fashion editor, Mom comes out, wearing mechanics gloves, all sweaty from adjusting the lights, telling me the set up was ready.

"I turned to face my editor, her mouth was just wide open, her jaw, we had to scrape off the floor.

"Apparently, her team had been trying to book her for a cover shoot for months already, and there she was, on a random morning fixing lights for the part time photographer."

RYAN SAYS JUDAY IS "THE ONE"

The remaining part of the post related the exact moment he knew that Juday was the lady he would want to marry.

Ryan continued, "By this time though, I’ve had my heart broken enough times to know that exciting times fade, I knew it was a must to also be comfortable in silences.

"Mom hit a very rough patch and wanted to disappear, even just a few days, to breathe.

"I took her to Lolo and Lola’s and they agreed that it was the best place for her to relax, undisturbed."

He added, "She stayed, with one of her cousins, in my bedroom since I was 8.

"There wasnt much, just a big mattress on the floor, a noisy A/C and a wonky CD player you had to whack to get thru old DMB records.

"I slept in my parents room, as I usually do when I’m home for the weekends."

What sealed the deal for him?

He wrote, "Probably the 2nd afternoon though, I was on the parquet floor, reading a paperback, your aunt had just quietly come in with 3 Frappuccinos, and Mom gets up from under the blankets and pillows.

"There wasn’t much talk, but I do remember asking her with a sideways glance, 'you cool with this?' she said 'with what?' 'this. this is how quiet and boring it gets with me too.'

"She just sipped the frap, smiled, and went back to her nap. That’s when I knew Bud. #storiesforlucho"

In the comments section, she wrote, "I remember these moments in full HD [two red heart emojis] that mattress.. rainy day rides, gas station moments.. sleeping for 3 days with no phone, and a lot more.. sealed the deal my love... [two smiling face with hearts emojis] i love you..."

Meanwhile, Bianca Gonzalez-Intal, a close friend of Ryan and former co-host in Cinema One's Review Night, commented that she was a witness.

The throwback story elicited more than 2,000 comments—some of which were written by the couples' friends in showbiz.

Gladys Reyes: "Stay in love! Love you both!"

Pia Guanio: "All the ladies: 'awwwwww'"

Ryan and Juday were first paired as a love team in 2004 for the fantaserye Krystala.

But even before that, the couple had met twice—the first meeting was at the studio of photographer Raymund Isaac; the second time was in a beauty salon.

Ryan recalled, "She was there for a pictorial atako nama'y nagsu-shoot for an ad. Sabi ko lang, 'Hello,' at nag-'Hi' naman siya.

"I just know she was Judy Ann Santos at in-assume kong she knew who I was."

It was on the set of Krystala where their friendship deepened and their relationship blossomed.

It was in 2005 when they started dating.

Ryan finally popped the question that everybody had been waiting for during the 30th birthday of his then-girlfriend on May 14, at the Antulang Beach Resort in Dumaguete City, Negros Oriental.