Isabelle Daza reminds moms to give their kids undivided attention 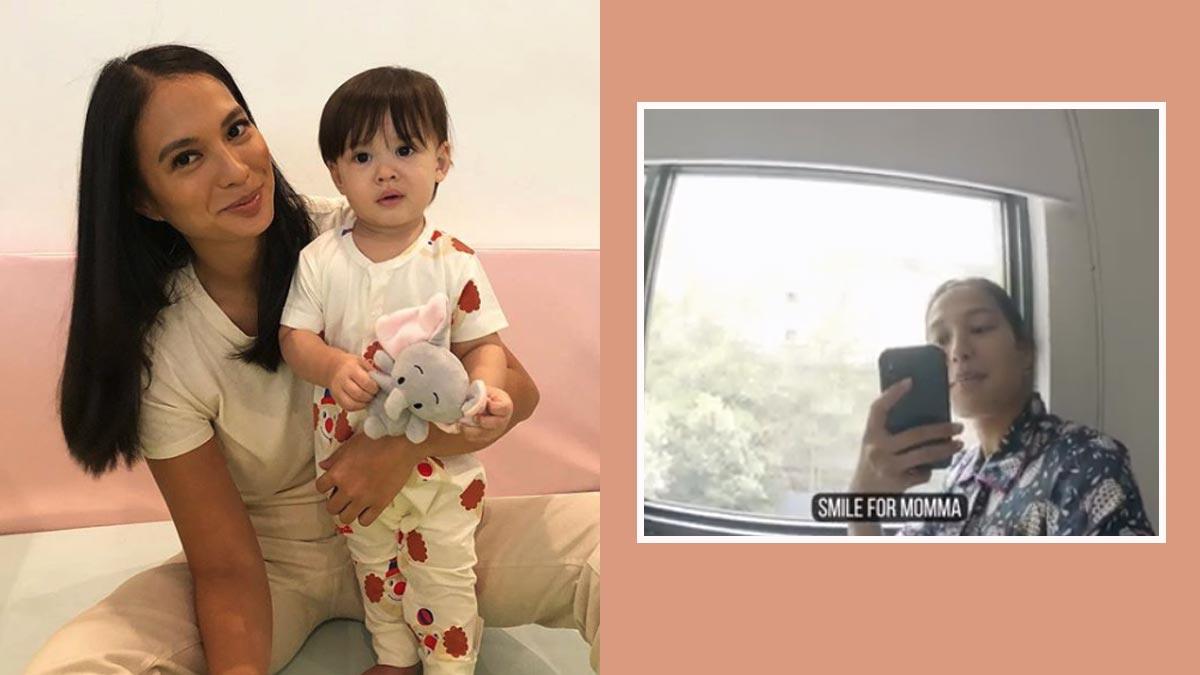 Isabelle Daza wants parents to lessen their screen time and to be present with their children more.
PHOTO/S: @isabelledaza on Instagram

Isabelle Daza posted a video reminder to herself and to her fellow moms hoping to lessen the use of phones around their kids and to be more present.

In the Instagram video, the camera was positioned from the point of view of Isabelle's son, Baltie.

The video showed the celebrity mom and her son going through their daily routine, with the ABS-CBN actress capturing her son's moments on camera.

Isabelle also pointed out how kids appear to see their parents' phones more than their faces when interacting with them.

Isabelle ended her Instagram video with a quote from Fred Rogers, an American TV host of the preschool show, Mister Rogers' Neighborhood.

The quote read: "What we see or hear on the screen becomes part of who we become."

Isabelle followed up this quote with her own daily average phone use statistics.

The video graphic said Isabelle picks up her phone 136 times a day and spends an average of six hours and 53 minutes of screen time per day.

In her caption, Isabelle admitted that the mom guilt accompanying phone use is real.

It read: "Created this video as a reminder to myself to be present and that not everything has to be recorded.

"I realized that there are times I chose to be on my phone rather than spend quality time with my son; I underestimate the amount of times he sees my phone and not my actual face.

Isabelle has been among the celebrity voices encouraging others to disconnect from social media and reconnect with people in a more direct and personal way.

The celebrity influencer spoke to PEP.ph (Philippine Entertainment Portal) in November 2018 about how social media have been one of the reasons why younger generations are experiencing depression and anxiety.

"Becoming a mom has really led me towards the path of advocating mental health because I see this generation, where we are constantly taking photos and taking videos, and we capture everything.

"Everything has to be posted on social media because it's like, if it wasn't posted, then it didn't happen, and there's some sort of addiction we have to document everything.

"I see that a lot of children now are growing unhappy and not understanding how to cope with this type of pressure... Basically, social media can lead to mental health issues, you know?

"I'm not villainizing it because I think it has a lot of benefits, but, sometimes, when it takes over your life, you come out not knowing why you're feeling this emptiness and unhappiness..."

With this in mind, Isabelle makes sure that she constantly expresses her love for Baltie.