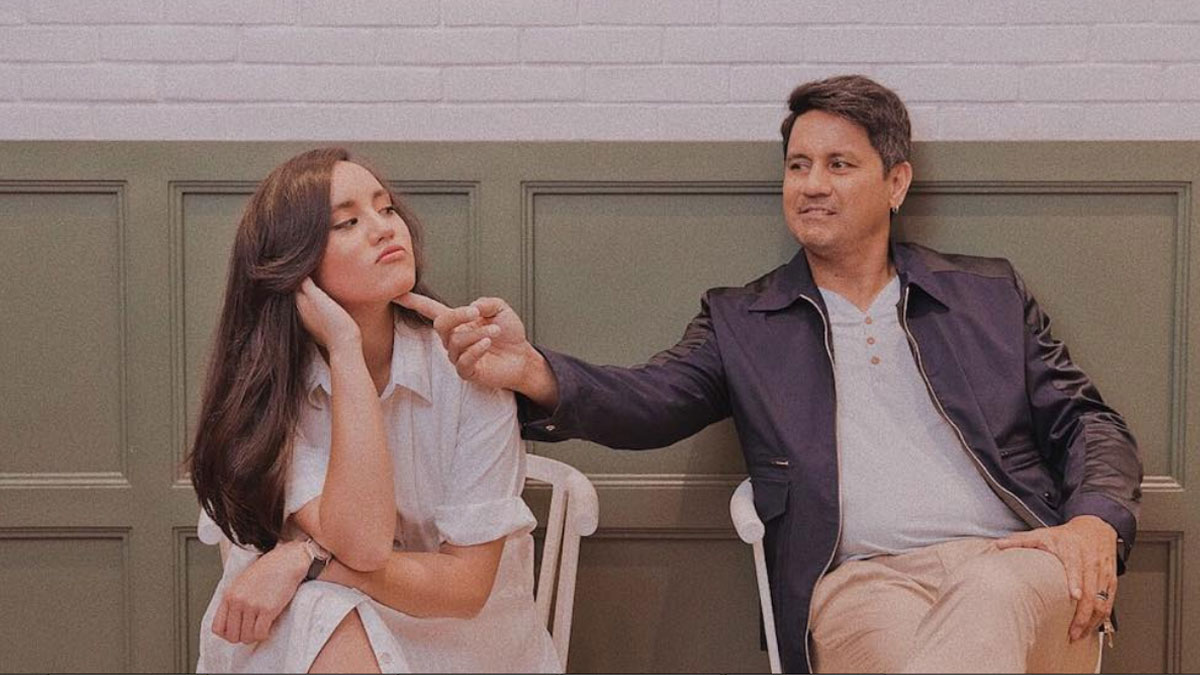 On Father's Day, Lucy Torres reminds her daughter Juliana Gomez that she had a "wonderful and fun childhood," thanks to Richard Gomez.
PHOTO/S: @gomezjuliana on Instagram

Richard Gomez had made her daughter Juliana's childhood "an adventure."

If his wife Lucy Torres will have her way, their unica hija "would just be indoors, baking and drawing and doing arts and crafts."

But Juliana has fallen in love with sports, thanks to her dad-athlete's influence.

In Lucy's Instagram post, she wrote Juliana a brief note, and reminded her of all the fun she had with the actor-politician.

When you were maybe just 4 or 5 years old you declared with fire in your eyes 'Me and Daddy, we do danger!' You have him to thank for all the fun you had playing in the rain, climbing up the roof, rolling in the mud, skipping steps down the staircase, going up or down the escalator the opposite way, spooning butter and eating it like ice cream, wrestling, throwing a punch.

This same man would also allow you to hide behind stacks of shirts in closets, put you in a basket in the grocery, allow you to climb over him and step on his back as if he were a mountain, turn over tables and chairs.

(If it were up to me you would just be indoors, baking and drawing and doing arts and crafts.)

Happy Father’s Day @richardgomezinstagram! Thank you for giving our Juliana a wonderful and fun childhood. You are an adventure.

When Juliana was three years old, Lucy said in an interview with YES! magazine that her daughter was a daddy’s girl because he lets her have fun.

The mag-ama used to play baseball, and slide in the mud when it’s raining.

He taught her how to drive at the age of 15.

He also got her to take volleyball seriously.

In fact, one of the 18-year-old celebrity kid's goal is to be part of the country’s national volleyball team.

In her interview with PEP.ph (Philippine Entertainment Portal), just before her 18th birthday last September 8, 2018, she said, "I wanna make it to the national team eventually, and I really want to excel. I wanna make my dad proud."

Back to the Father's Day 2019 celebration yesterday, June 16, Juliana posted a photo of her in a small shopping cart, which was carried by her dad.

She quipped, "I was his best purchase that day #fathersday"