Ivana Alawi and her rise to stardom 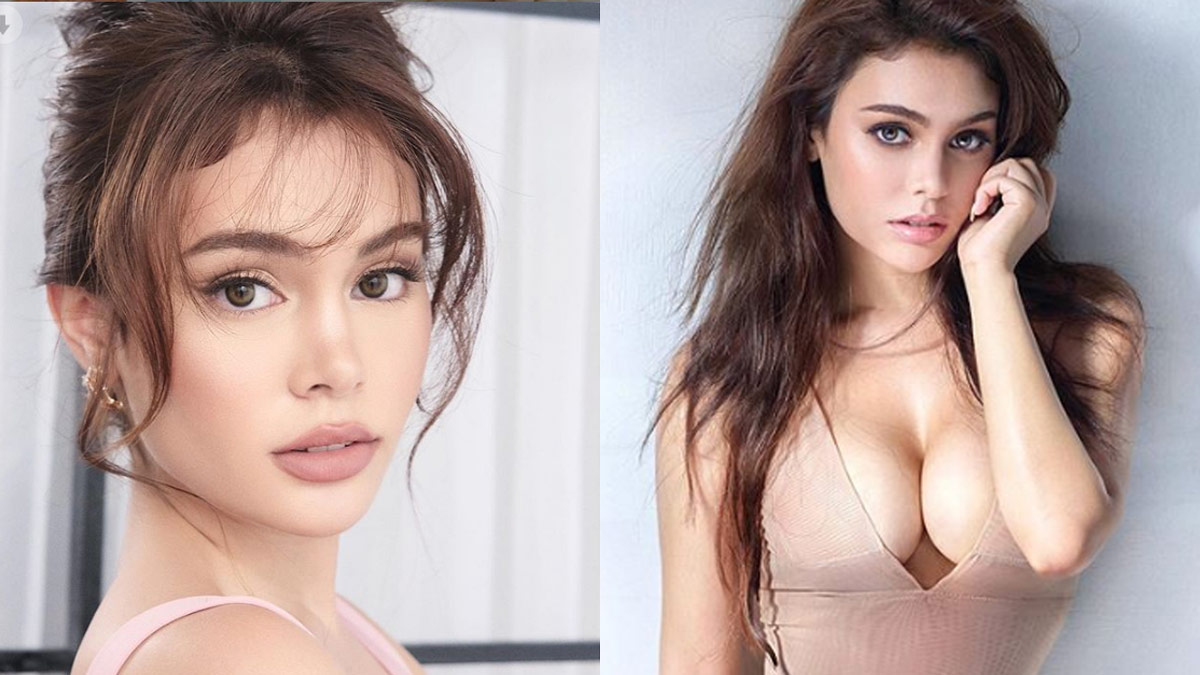 Ivana Alawi is a Filipino-Morrocan actress, celebrity endorser, and YouTuber in the Philippines.

Her real name is Mariam Sayed Sameer Marbella Al-Alawi. She was born on December 25, 1996. 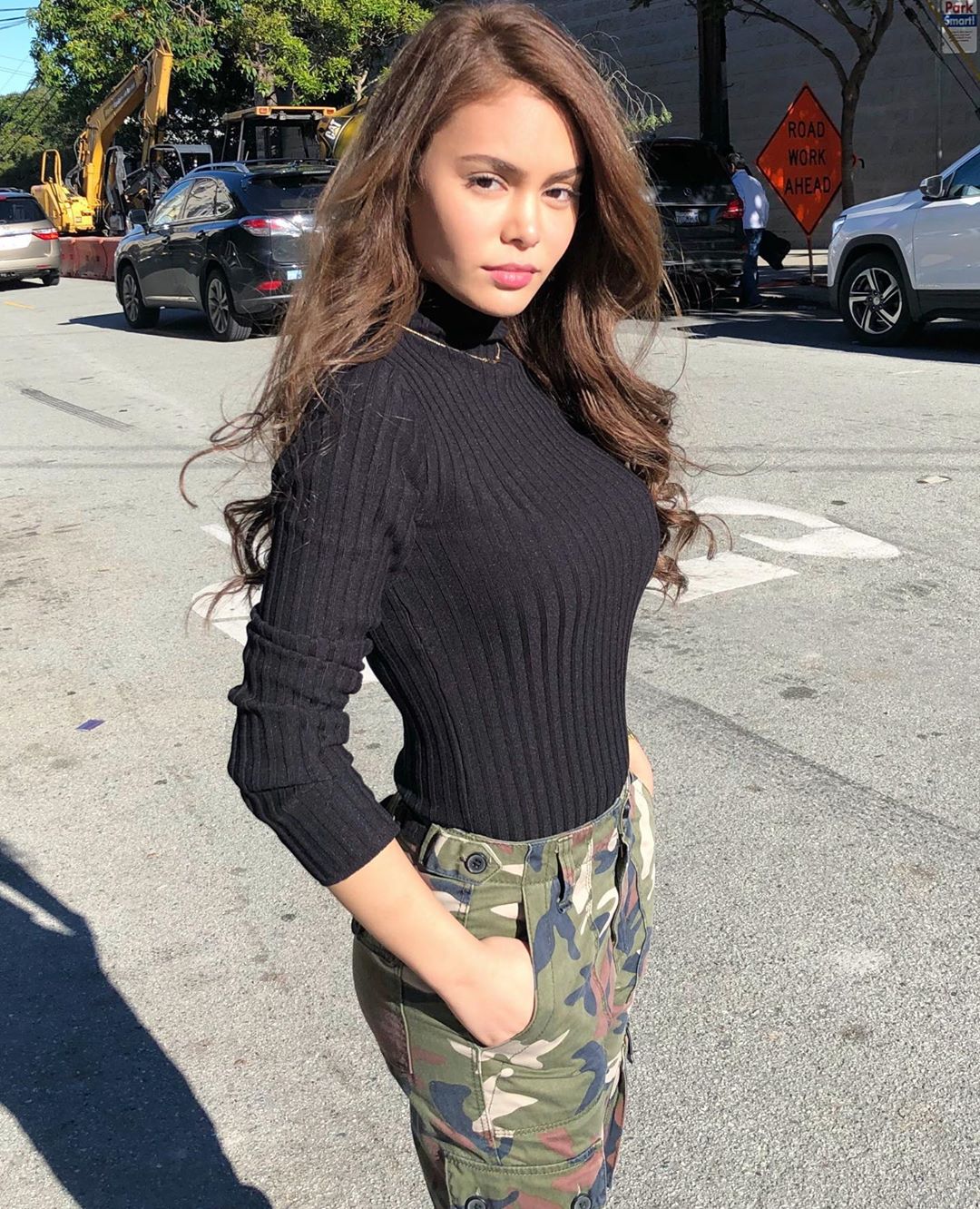 Much of Ivana's popularity is bolstered by her strong social media presence.

Her following on Instagram has grown by the thousands since 2018 when she started uploading her photos in bikini.

So far, her official Facebook page has 4.3 million likes.

She is the third among four siblings, The eldest is Amira Alawi, now 28. Next is Hashim Alawi, 26, and their youngest is Mona Alawi, formerly known as Mona Louise Rey, who just turned 16.

Ivana's parents separated in 2003. Her mom was then pregnant with Mona.

The following year, Fatima returned to Manila, and gave birth to Mona Louise.

In 2006, Ivana flew to the Philippines, together with Amira and Hashim, to live with their mom and Mona.

In December 2018, Ivana's father suffered a heart attack and died at a hospital in Subic. Ivana was the last person in their family to see her father alive.

Ivana disclosed that her father had bequeathed his properties in Bahrain to her.

On February 28, 2020, Ivana gave a tour of her childhood house on her YouTube channel. This was one of the properties her father left for her and her family.

Ivana grew up in Bahrain with Amira and Hashim, where her father was based. Coming from a well-off family, she was able to study at a British school in Bahrain.

Ivana finished her high school studies in the Philippines but did not mention which school she went to. In college, she took up Culinary Arts at the Global Academy.

While taking a short break from her showbiz career in 2017, Ivana decided to enroll in Enderun Colleges to study Fashion Marketing in the hopes of setting up her own clothing line.

Aside from fashion and cooking, Ivana's other interests include swimming, horseback riding, boxing, Muay Thai, and target shooting.

She started her showbiz career in 2011 using the screen name Mariel Rey. 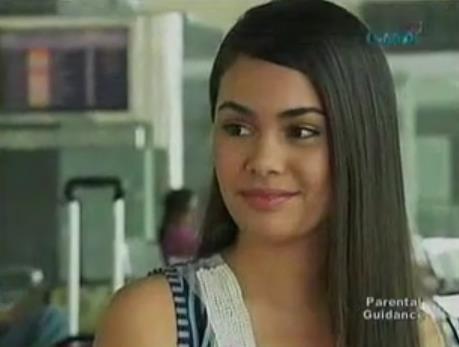 Looking back, Ivana revealed in a vlog post on February 12, 2020, she once auditioned for Star Magic, the talent-management unit of ABS-CBN, before she joined StarStruck in 2015. Ivana revealed that she did not receive a call back from Star Magic.

Ivana also revealed that she tried to join the network's reality show, Pinoy Big Brother, but again she was rejected. Ivana did not mention which season she audition, but Pinoy Big Brother: 737 aired in 2015.

Ivana started working as a model while doing some acting as an "extra" in teleseryes.

She made it to the Top 28 "Dreamers" of the competition; however, she failed to pass the second elimination round of the Top 28 finalists.

Ivana stayed as a Kapuso artist in 2016 after joining Starstruck and starred in several Kapuso shows. She played minor roles in the Ang Lolo kong Prosti and The Rape Video Scandal episodes of the Kapuso network's drama anthology Magpakailanman.

Ivana was also part of the supporting cast of several Kapuso series, including Juan Happy Love Story, which starred Dennis Trillo and Heart Evangelista, and Once Again, which starred Janine Gutierrez and Aljur Abrenica.

Around 2017, Ivana took a short break and pursued her passion for fashion with her acting career in the doldrums.

Ivana wanted to veer away from the "pa-sweet" image and began posting her bikini photos online.

In an interview with PEP.ph (Philippine Entertainment Portal), she expressed admiration for the boldness of the actress Ellen Adarna.

Her first project as Ivana and as a Kapamilya actress was to play as one of the supporting characters in the afternoon drama series Precious Hearts Romances presents Araw Gabi, which aired in April 2018.

After the series, Ivana was tapped to play the role of Amor in the prime-time series FPJ's Ang Probinsyano in October 2018.

Her stint in the long-running series impressed Dreamscape Entertainment, producer of Sino Ang May Sala? Mea Culpa, they decided to cast Ivana in the show that starred seasoned stars Jodi Sta. Maria and Bela Padilla.

In the series, which aired from April to August 2019, Ivana was paired with Kit Thompson.

The show also ran digitally on iWant and was titled Mea Culpa: The Hidden Files in which their more provocative scenes not suitable for television could be watched.

On February 10, 2020, Ivana signed her network contract with ABS-CBN, which then announced that she will be the lead star of Ang Lihim ni Ligaya, which was originally scheduled to air on ABS-CBN’s pre-prime-time block in April 2020. This was supposed to be her reunion project with Kit Thompson.

The series, however, had to be postponed along with the network's other upcoming TV shows because of the quarantine. 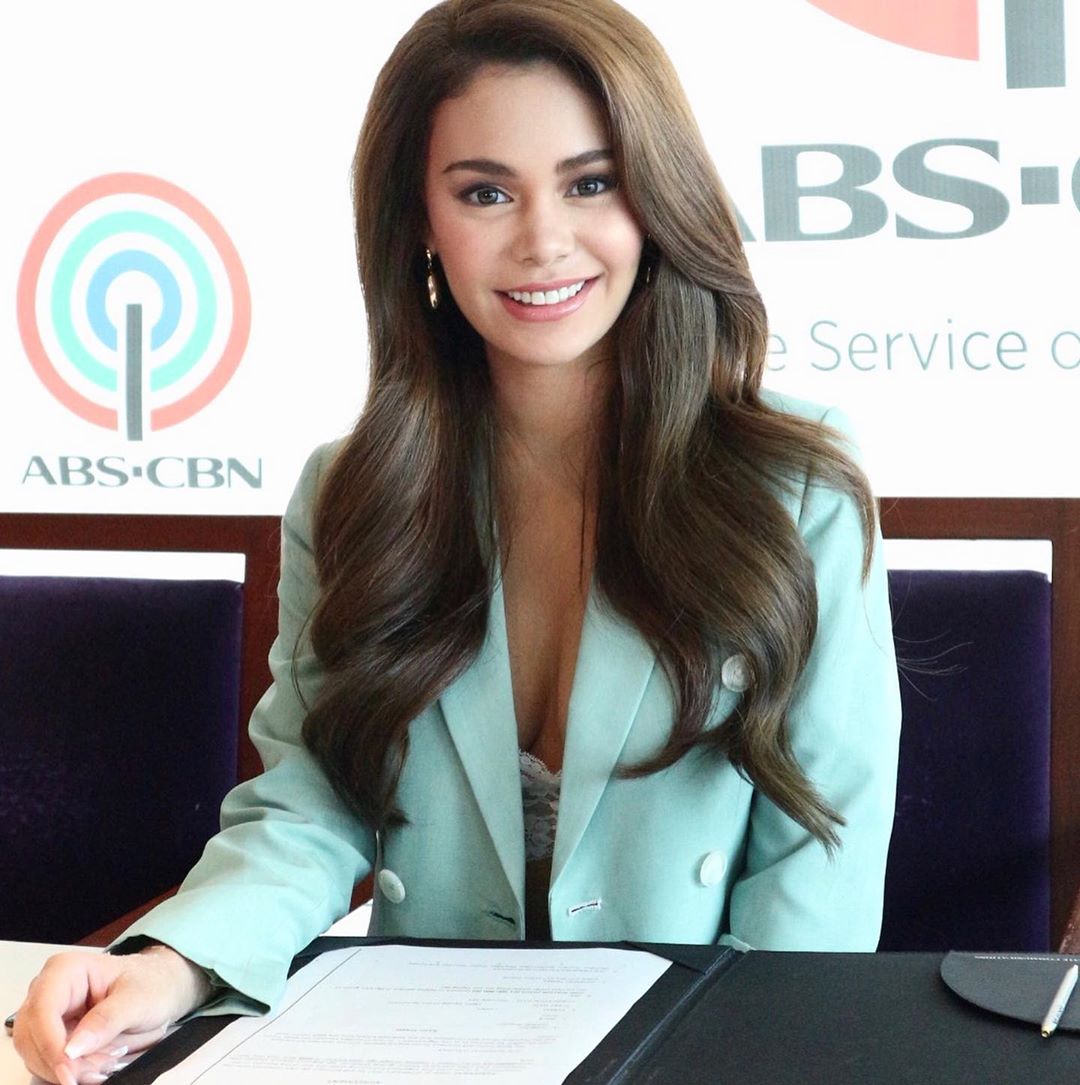 Ivana also dipped her toes in the OPM scene. On February 21, 2020, Ivana released her debut single "Sana All" under Star Music, the record label under ABS-CBN.

At press time, her song has been streamed for over 123,000 times on Spotify and has been viewed for over 1.3 million times on YouTube. 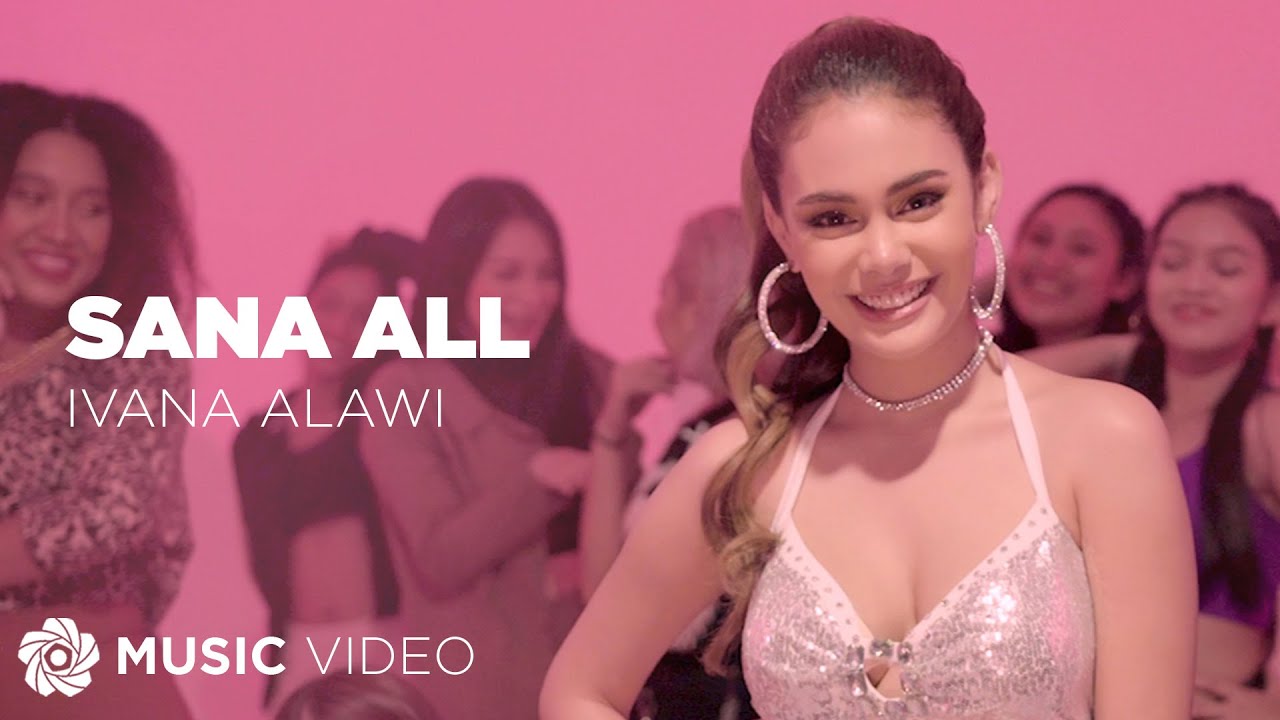 Throughout her showbiz career, Ivana has been linked to several celebrities.

She was rumored to have a relationship with actor-politician Dan Fernandez, which Ivana strongly denied.

In an interview with Tonight With Boy Abunda last August 2019, she said, "No, we’re friends. Yes, I won’t deny it, we go out with friends.

However, Ivana admitted in the show, without mentioning the name, that a "sexy Kapamilya actor" was courting her.

Ivana was also linked to DJ Loonyo, Rhemuel Lunio in real life, after the two collaborated for a prank video on Ivana's channel.

The video was uploaded last April 7. At press time, it has been viewed over 13 million times.

In a vlog post, last April 21, Ivana said she and DJ Loonyo, who is currently based in China, have been friends.

But she also said teasingly she was not closing her doors to possibilities.

But in May, DJ Loonyo and Ivana's relationship suddenly went cold. A non-showbiz girl named Claire Gomez was accused by "LooVana" fans as the reason Ivana unfollowed DJ Loonyo in social media.

On May 27, DJ Loonyo revealed his true feelings for Ivana through Instagram Live.

By then, the actress had already distanced herself from him, especially when DJ Loonyo admitted his overlapping feelings for both Ivana and the other girl, Claire.

Before her phenomenal rise to stardom, Ivana opened up in a vlog last November 2019, about having two ex-boyfriends, and that her last official relationship was in 2017. She did not give out their names.

Ivana launched her own YouTube channel on August 28, 2019, while doing Sino Ang May Sala.

She reached 1 million subscribers by October 31, 2019, which was two months after she launched her YouTube channel. 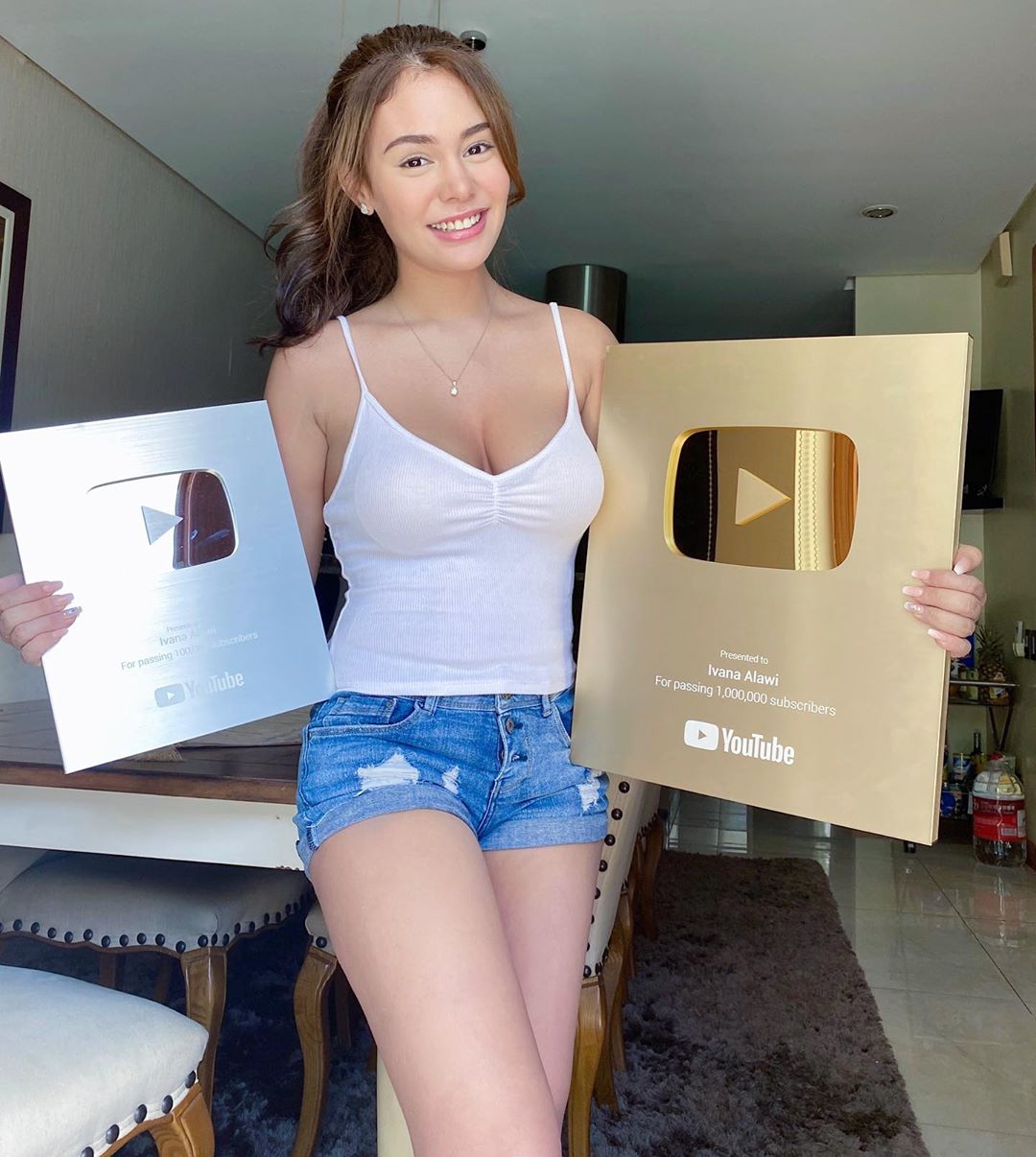 But in a vlog post dated April 21, 2020, Ivana disclaimed earning PHP1 million per video on her YouTube channel.

According to Ivana, she's been saving her YouTube earnings to buy her mom a house.

In her vlog last September 15, 2020, Ivana shared the design of the three-story house she's planning to build for her mom.

In the same vlog, Ivana also surprised her brother Hashim with the land title of a property in his name that she bought for him.

Here are the awards won by Ivana through the years: