Nikki Gil reveals third party caused breakup with Billy Crawford: "There were always a lot of warnings, but I chose to ignore them." 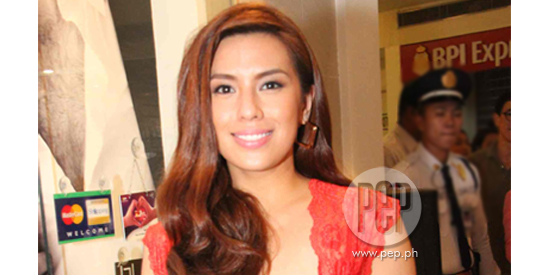 Nikki Gil on talk that her no-pre-marital-sex vow might have led to Billy Crawford's alleged womanizing. "People have said, ‘E, kasi, lalaki. May pangangailangan.' My point exactly! See? Kung yun pala ang issue, [he didn’t really deserve me]. Nobody told me to stay a virgin, or because I’m a stuck-up prude na holy-holy. It’s my choice," says the 26-year-old in a no-holds-barred interview in Cosmopolitan Philippines

After months of silence, Nikki Gil has started to open up about her breakup with Billy Crawford and hinting that a third party was the reason.

In an exclusive interview with Cosmopolitan Magazine, Nikki disclosed that she brushed aside the rumor that her boyfriend of five years was cheating on her, even when she felt in her gut that it was true.

“There were always a lot of warnings, but I chose to ignore them—I couldn’t wrap my head around the fact that it could be done to me.

“You just brush it under the rug, until one day, it all blows up in your face,” said Nikki, who looks brave and bold on the cover of Cosmopolitan Magazine's December 2013 issue.

In retrospect, Nikki said she could hardly believe it, because she felt that this was the worst thing that somebody could do to someone like her who values faithfulness.

“I’m a woman and I protect what’s mine, I don’t touch what’s not mine.

“If I were the kind of girl [who’d steal a boyfriend], I’d understand completely, but I cherish those things,” she stressed.

Truth be told, news of the breakup of Nikki and Billy in July shocked the entertainment media and fans alike.

They were seen as an ideal couple, and it was hard to imagine how they could end up parting ways.

In The Buzz’s July 28 episode, Billy declared that the reason he and Nikki broke up was that he felt “lost” and “confused.”

He also denied that a third party was involved.

Read: Billy Crawford on breakup with Nikki Gil: "It all boils down to me."

NIKKI’S NO-PRE-MARITAL-SEX VOW. There were speculations that Nikki’s clear stand against pre-marital sex contributed to the breakup.

The 26-year-old singer/actress/host was fierce in her reaction to this:

“Nobody told me to stay a virgin, or because I’m a stuck-up prude na holy-holy. It’s my choice.

“I’ve always been ma-pride—if sex is something that I value, [ganun talaga]!”

Nikki divulged that, in 2008, her mom gave her a purity ring that symbolized a daughter's promise to wait until marriage before engaging in sexual activities.

When she and Billy became a couple, she thought that he had understood her choice from the very start.

Nikki exclaimed, “That’s the thing! Hindi!" She came short of saying that Billy was in fact cavorting with other women.

Nikki admitted regretting having invested five years in a relationship that was meant to end, and now took comfort in the fact that they broke up before it was too late.

She continued, “In hindsight, thank you! Thank you, people around him, for causing this to happen, because if it didn’t, it would have lasted longer.

“The scary thing, knowing what I know now, is I would have said yes to his insincere offers of marriage!

“I was made to believe I was making up these things in my head—I thought we were just plateau-ing.”

Since their breakup, Billy has been romantically linked to his Momzillas co-star Andi Eigenmann and his It’s Showtime co-host Coleen Garcia.

But the persons concerned have denied that there was any truth to this.

Nikki, on the other hand, continues to refuse to have anything to do with the girls being linked to her ex-boyfriend.

At this point, she says she is grateful for having mustered the courage to move on and embrace the blessings life has to offer.

“My arms are open wide, catching all the good karma coming my way,” she concluded.