Kyline Alcantara: The star who never gave up 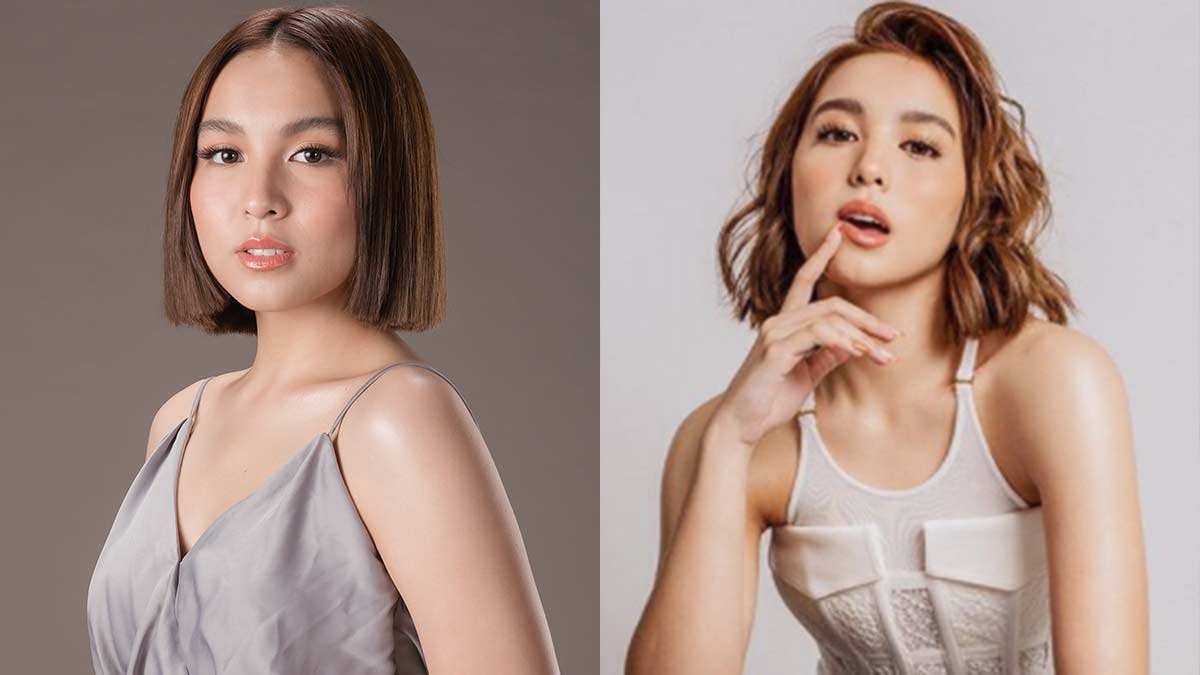 Kyline Alcantara worked her way up, going through auditions and experiencing rejections, before becoming one of GMA-7’s prime teen actresses.
PHOTO/S: GMA-7 / @itskylinealcantara on Instagram

Kyline worked her way up, going through auditions and experiencing rejections before becoming one of GMA-7’s prime teen actresses.

She has two older brothers: Robin and Kent.

Her parents Rowena Alcantara and Butch Manga separated when she was four years old, but Kyline did not know this until she was around 12 years old.

This was revealed in the depiction of the teen actress' life story on GMA-7's Magpakailanman.

For the first two years of her high-school education, she went to The Academy of Christian Excellence Montessori.

At a young age, Kyline already had dreams of becoming an actress and started joining theater plays.

“Because of that, my mom said na, ‘Punta tayo ng Manila para mag-audition.’"

Based on her Magpakailanman life story, Kyline and her mother, Rowena, hitched a ride with a truck from Bicol all the way to the ABS-CBN compound in Mother Ignacia Street, Quezon City.

In short, she missed the Goin' Bulilit audition, but, subsequently, was given bit roles in TV shows.

In 2010, Kyline joined ABS-CBN’s reality show for kids, Star Circle Quest for the Next Kiddie Superstar, which hailed Nash Aguas and Bugoy Cariño in 2004 and 2009, respectively, as winners.

Kyline was then eight years old.

Her batchmates were Janine Berdin, Brenna Villaflor, and Clarence Delgado. 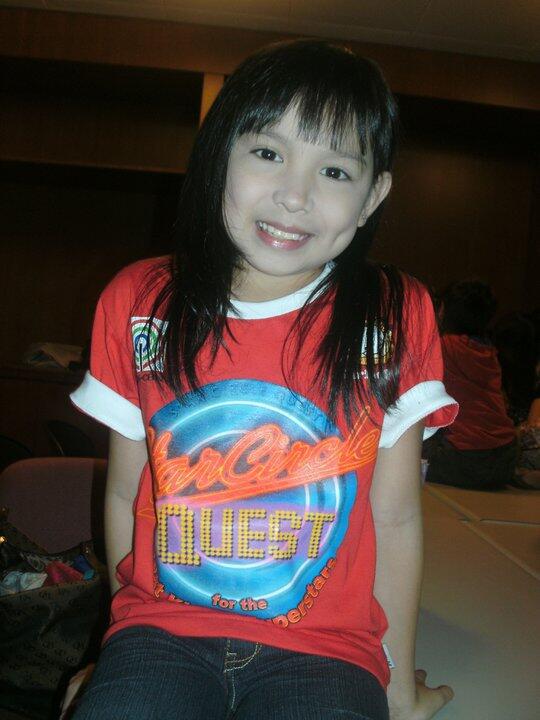 Kyline made it to the Top 10, but she was the first contestant who got eliminated.

She said about the experience, “Siyempre, as a kid, napakalaking sampal noon for me. Doon din siguro parang bumaba iyong confidence ko sa sarili ko and luckily, I have a mother na parang, ‘Kaya mo iyan!’

Despite her early elimination, Kyline still landed roles in ABS-CBN and became part of its talent-management arm, Star Magic.

She was usually cast to play the young version of the lead actress, particularly as the young Maja Salvador in two shows: Lumayo Ka Man Sa Akin (2012) and Ina Kapatid Anak (2012).

She also participated in several episodes of Maalaala Mo Kaya.

In 2013, ABS-CBN did an adaptation of Annaliza, a successful drama series that starred Julie Vega in the title role and aired on GMA-7 in the ‘70s.

For the ABS-CBN version, Andrea Brillantes was tapped to portray the lead role.

Kyline then received a call from Star Magic, which asked her to audition for child-kontrabida role, Arlene.

Kyline gave her all during the audition and won the part.

In the February 2020 interview, Kyline told PEP.ph that Annaliza honed her craft as an actress.

This was all thanks to her co-stars Zanjoe Marudo, Kaye Abad, Denise Laurel, and director Theodore “Ted” Boborol.

Annaliza was a success in the ratings game that it ran for 10 months and beat four shows in GMA-7: Home Sweet Home, Binoy Henyo, Prinsesa ng Buhay Ko, and Paraiso Ko'y Ikaw. 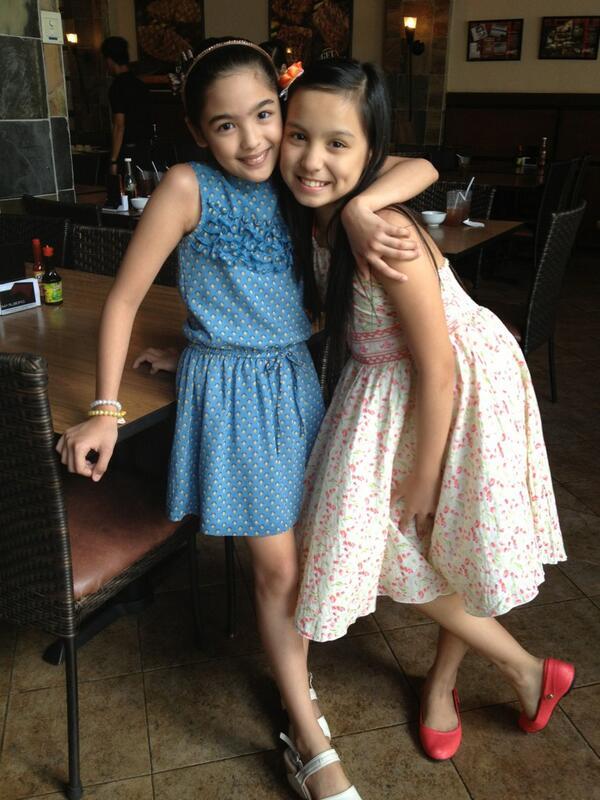 After Annaliza, she went through the adolescent stage, and experienced all the physical changes in her body.

She struggled with acne, lost roles, and got rejected from auditions.

It was a difficult period. Her family got evicted from the house they were renting.

Even then, Kyline continued doing supporting roles in ABS-CBN teleseryes like Pangako Sa ‘Yo (2015), where she played Jessa Boborol, the rival of Andrea Brillantes; Born For You (2016) as Chloe, the younger sister of the character played by Elmo Magalona.

She also had a short role in Wildflower (2017) as the young Emilia Ardiente, who was played by Aiko Melendez.

Kyline also had minor roles in the movies Hamog (2013) and Etiquette for Mistresses (2015). 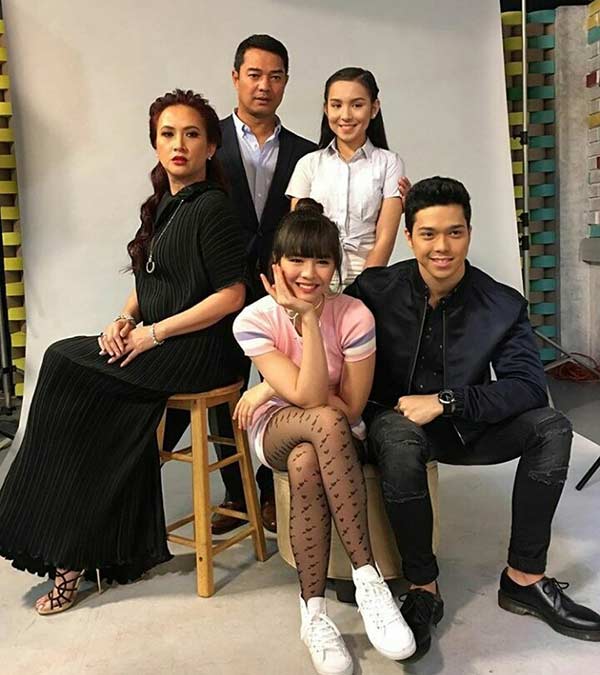 Heeding the advice of her mother, Kyline thought it might be the right time to make a career move.

Of course, she was initially hesitant to leave ABS-CBN.

Eventually, she transferred to GMA-7.

Originally, Kyline auditioned for the role of young Jean Garcia.

But a better role was given to her.

Cheska was the main villain of the series.

Kambal, Karibal was a huge success, and consistently won the ratings game against its ABS-CBN rivals: La Luna Sangre and Bagani.

Originally scheduled to run for only eight weeks as a filler for another Kapuso teleserye (which was never disclosed), Kambal, Karibal ran for nine months.

Kyline said about her show, “Kambal, Karibal changed my life!

“With my career, of course, obvious naman po siguro.

In 2018, she won Best Supporting Drama Actress at the 32nd PMPC Star Awards for Television.

Kyline was also hailed Most Promising Female Star for TV at the 2018 Alta Media Icon Awards.

In late 2018, Kyline received her first award outside the Philippines.

She was chosen as the national winner of the Best Actress in a Supporting Role award at the 1st Asian Academy Creative Awards.

The national winners were the awardees of each category per country. They were automatically nominated to win the international award of the same category.

Although Kyline did not win the international award, she had the chance to become a presenter during the awards night held in Singapore.

Kyline's achievements allowed her to be tagged as GMA-7's "La Nueva Diva."

After her kontrabida role in Kambal, Karibal, Kyline took on the lead role in her next teleserye, Inagaw Na Bituin (2019).

Her co-stars in the teleserye were Sunshine Dizon, Angelika dela Cruz, and Angelu de Leon—the drama queens of GMA-7 in the late ‘90s to the early 2000s.

In the series, Kyline played Anna, the missing daughter of singer Belinda Lopez (Sunshine). She was kidnapped, had an amnesia, and became known by the name of Elsa.

In the same year, she was launched as a lead star in the fantasy movie Black Lipstick, a spin-off of the hit classic Blusang Itim.

She plays the role of Maggie, the daughter of Nolie (Mylene). Both Maggie and Nolie were portrayed by Nora in the 1989 movie. Nora now plays Cedes, the grandmother of Maggie.

The series started airing on February 24, 2020, but production had to be stopped when the enhanced community quarantine was implemented in March 2020.

Bilangin Ang Bituin sa Langit is expected to resume its airing before the end of 2020.

Aside from her dramas, Kyline also ventured into singing, hosting, and performing.

While doing Kambal, Karibal, Kyline was one of the regular performers of GMA-7's Sunday noontime variety show Sunday PinaSaya from 2018 to 2020.

She was also part of the weekly prime-time musical-variety show, Studio 7, which aired from October 2018 to December 2019.

In June 2019, she was tapped to host Inside StarStruck, the daily online show of GMA-7’s reality show StarStruck.

Her single “Bukas Na Lang” was used as the theme song in the Kapuso afternoon series Asawa Ko, Karibal Ko.

Kyline is active on social media, where she gets to connect with her fans, who are collectively called the Sunflowers.

Kyline was involved in an issue with her Kambal, Karibal co-stars Bianca Umali and Miguel Tanfelix.

The rumor was that Bianca and Miguel, rumored real-life sweethearts, broke up. Kyline was accused as the third party.

However, Kyline denied the rumors.

In her PEP Live guesting in September 2019, Kyline said that Bianca is one of her closest friends in showbiz.

But she clarified in the same interview that they are only close friends.

For her love teams, Kyline was first paired with Jeric Gonzales when they were working together in Kambal, Karibal.

In her movie Black Lipstick, she had Manolo and Migo Adecer as her leading men.

Here is a list of Kyline’s guest appearances in teleseryes, drama anthologies, and sitcoms: 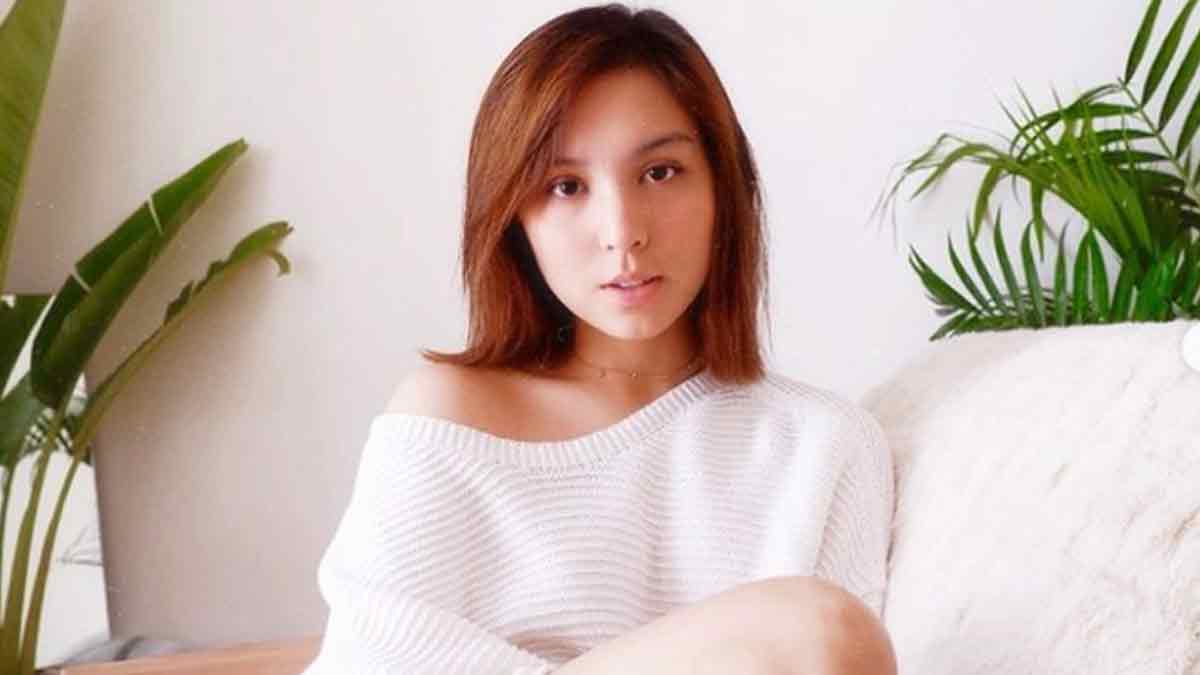