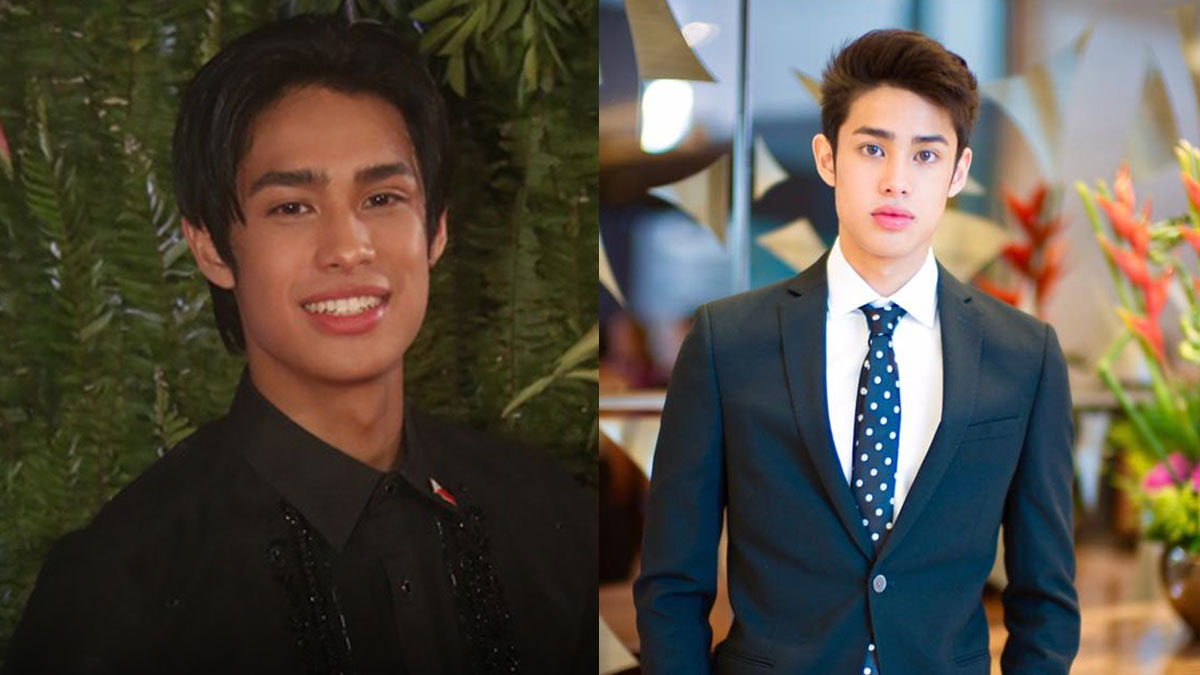 His full name is Donato Antonio L. Pangilinan. Donato is his paternal grandfather's name, while Antonio was taken after her dad's name.

He is currently signed with Star Magic, the talent management arm of ABS-CBN. 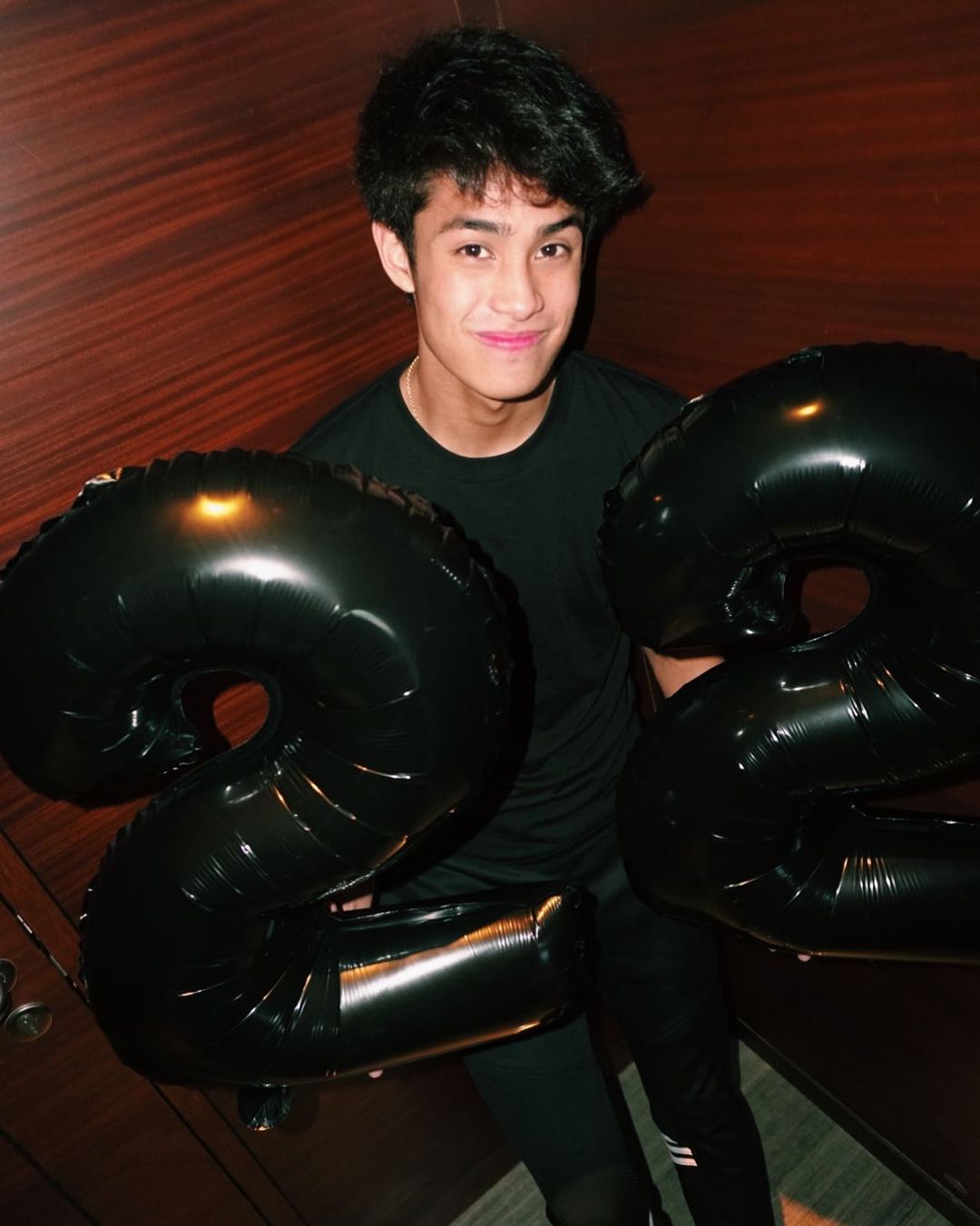 Donny is the older son of the actress Maricel Laxa and motivational speaker Anthony Pangilinan.

He finished his secondary education at the Brent International School in Biñan, Laguna. He was part of the school's varsity basketball team. 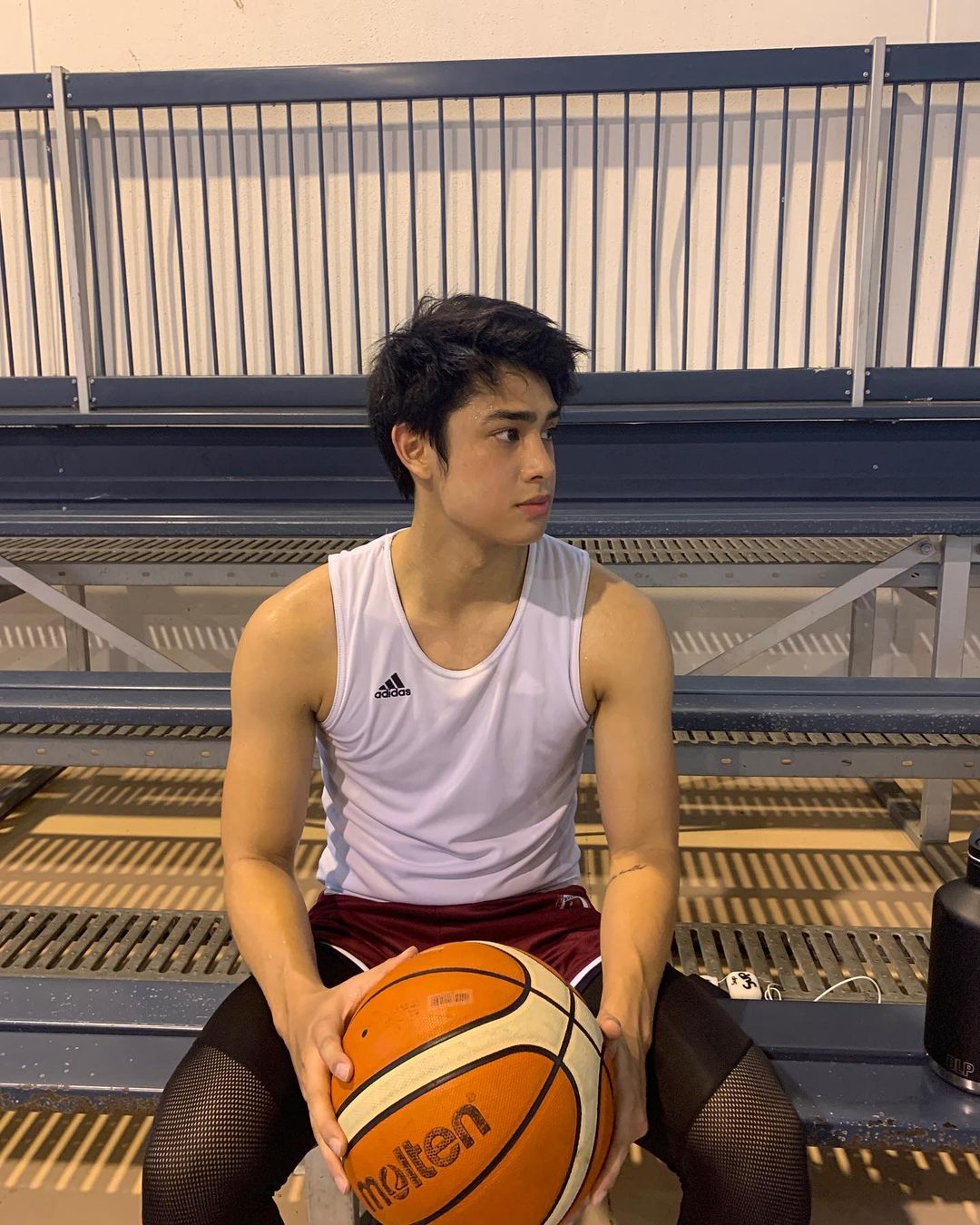 In his interview on Rated K that aired on February 19, 2017, Donny said, "I'm in basketball. I got the coach's award, so nakakapagod po yung high school ko kasi ang dami kong ginagawa!"

Aside from basketball, Donny is also into triathlon and surfing.

In 2018, Donny enrolled at the University of the Philippines-Open University for a bachelor of arts degree in Multimedia Studies.

Donny was already a social media star before he joined showbiz, having gained attention from netizens for his good looks.

In January 2016, PEP.ph (Philippine Entertainment Portal) included Donny on its list of 25 celebrity kids who are so darn good-looking but are not in showbiz.

This became the prelude to his entry to showbiz.

His sudden interest in showbiz surprised his parents.

Donny said it was his dream to follow in his mom's footsteps.

He revealed to Rated K's host, Korina Sanchez, "Being in showbiz is something I always thought of, pero I was just too shy to say it. Ang isip ko matatawa lang sila sa akin. I saved it when, you know, I got old."

Donny has been hosting some of ASAP's segments since his debut in the show in July 2016. The following year, he was launched as one of MYX channel's newest VJs, a stint that lasted for two years.

He began his foray into acting in 2018 as one of the lead stars of the movie Walwal, a coming-of-age film directed by Jose Javier Reyes that also also starred Jerome Ponce, Elmo Magalona, Kiko Estrada, and Kisses Delavin.

A few weeks later, Donny was announced to be part of the cast of the Kapamilya romantic comedy series, Playhouse, which was led by Zanjoe Marudo and Angelica Panganiban.

It was Donny's first teleserye on the Kapamilya network. Simultaneously, he was given a role in the movie To Love Some Buddy, which starred Zanjoe and Maja Salvador.

Donny's other movie projects included the Metro Manila Film Festival entries Fantastica (2018) and The Mall, The Merrier (2019). Both films were top-billed by Vice Ganda.

He was also cast as the third party between reel-turned-real life couple Loisa Andalio and Ronnie in the movie James & Pat & Dave (2020). 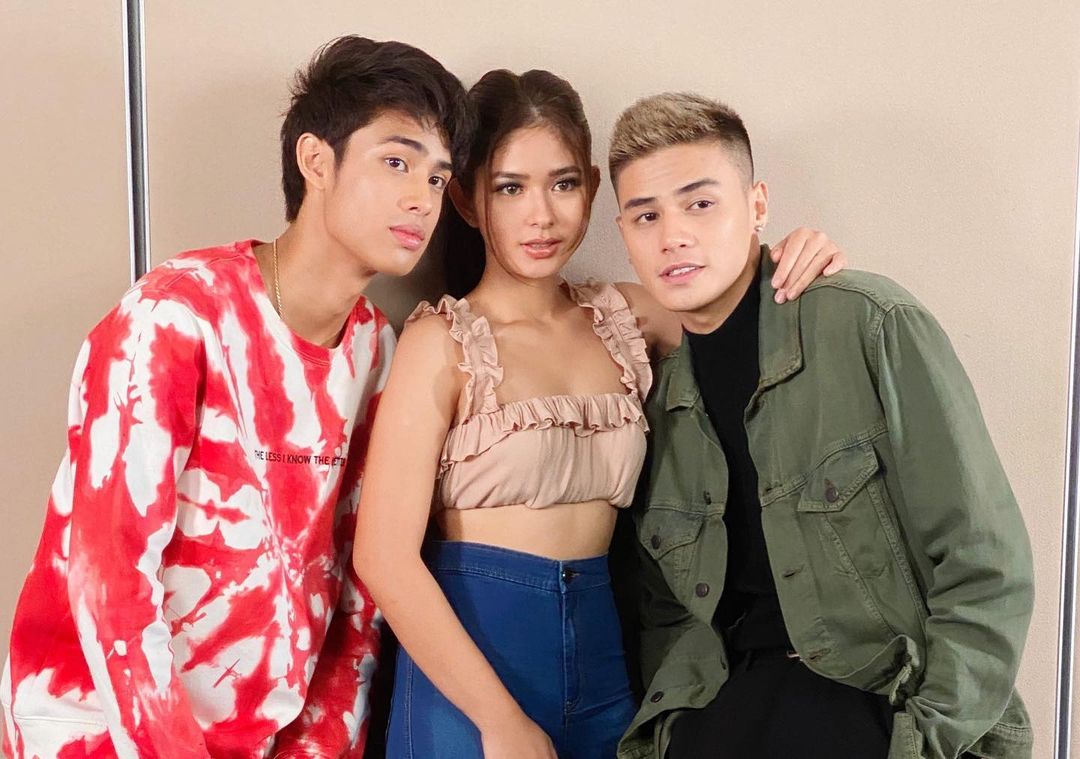 DONKISS: THE BEGINNING AND END

Donny has never been in a relationship to date. But he was once paired with Kisses. Their love team was introduced in Walwal and Playhouse. 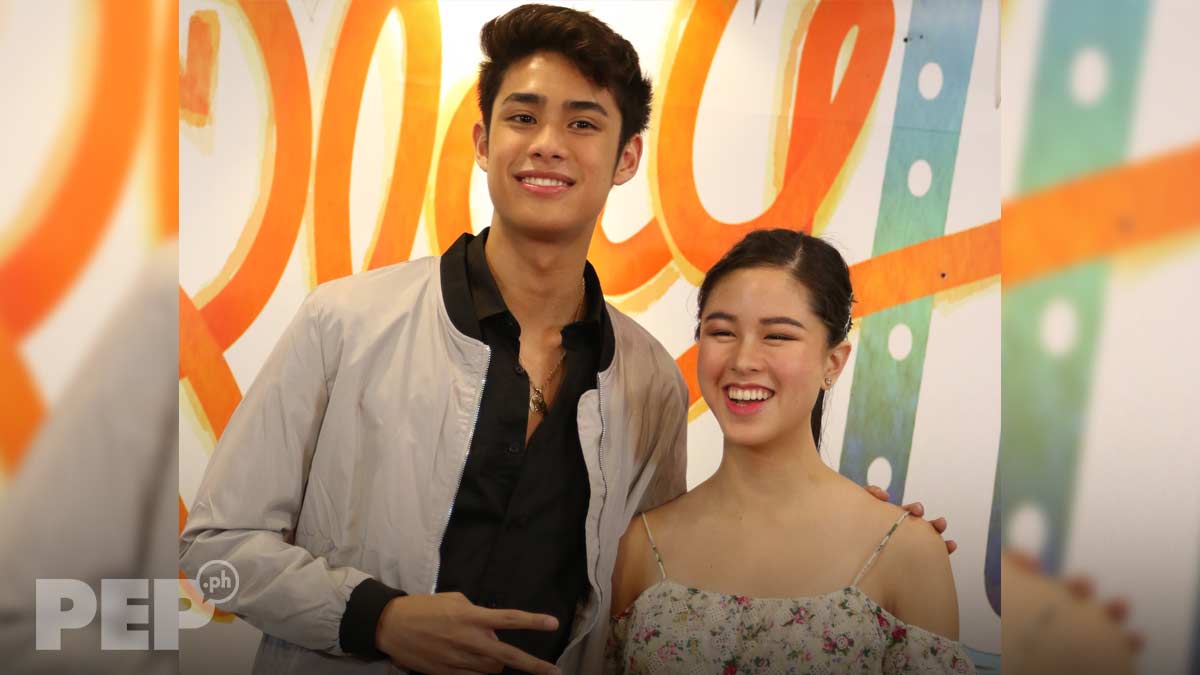 Donny was also chosen by Kisses to be her escort at her debut celebration on May 1, 2017, at the Makati Shangri-la hotel.

On June 15, 2019, Kisses shocked DonKiss fans when she announced in an open letter the breakup of their love team.

Her revelation also took Donny by surprise. On June 19, 2019, he took to Instagram to air his side of the story, saying their team-up was still "under review" and there was "no final decision yet."

Kisses eventually left Star Magic and on November 8, 2019, she signed with APT Entertainment.

Two days before Kisses's departure from Star Magic, a new love team partner for Donny was announced. He is now paired with newbie actress Belle Mariano for iWant's upcoming digital series He's Into Her.

In addition to acting and hosting, Donny is also into music. In June 2017, he signed a recording contract with Universal Records.

In a previous interview with PEP.ph, Donny described his music, "Good vibes, but a mix of like RnB and there’s also like sort of House EDM (Electronic Dance Music).

"It’s really chill. I don’t know how to explain it but there’s a lot of different genres in one."

In July 2018, Vlogger-singer Janina Vela tapped Donny to be her featured artist on the song "Sorry I Left."

In December 2019, Donny released the song "Ngiti Mo" from his self-titled debut EP.

In February 2020, Donny worked with Cebuana artist Karencitta on the song "Good Night."

In April 2020, he released another single titled "Dream" with up-and-coming artist ANDREAH. 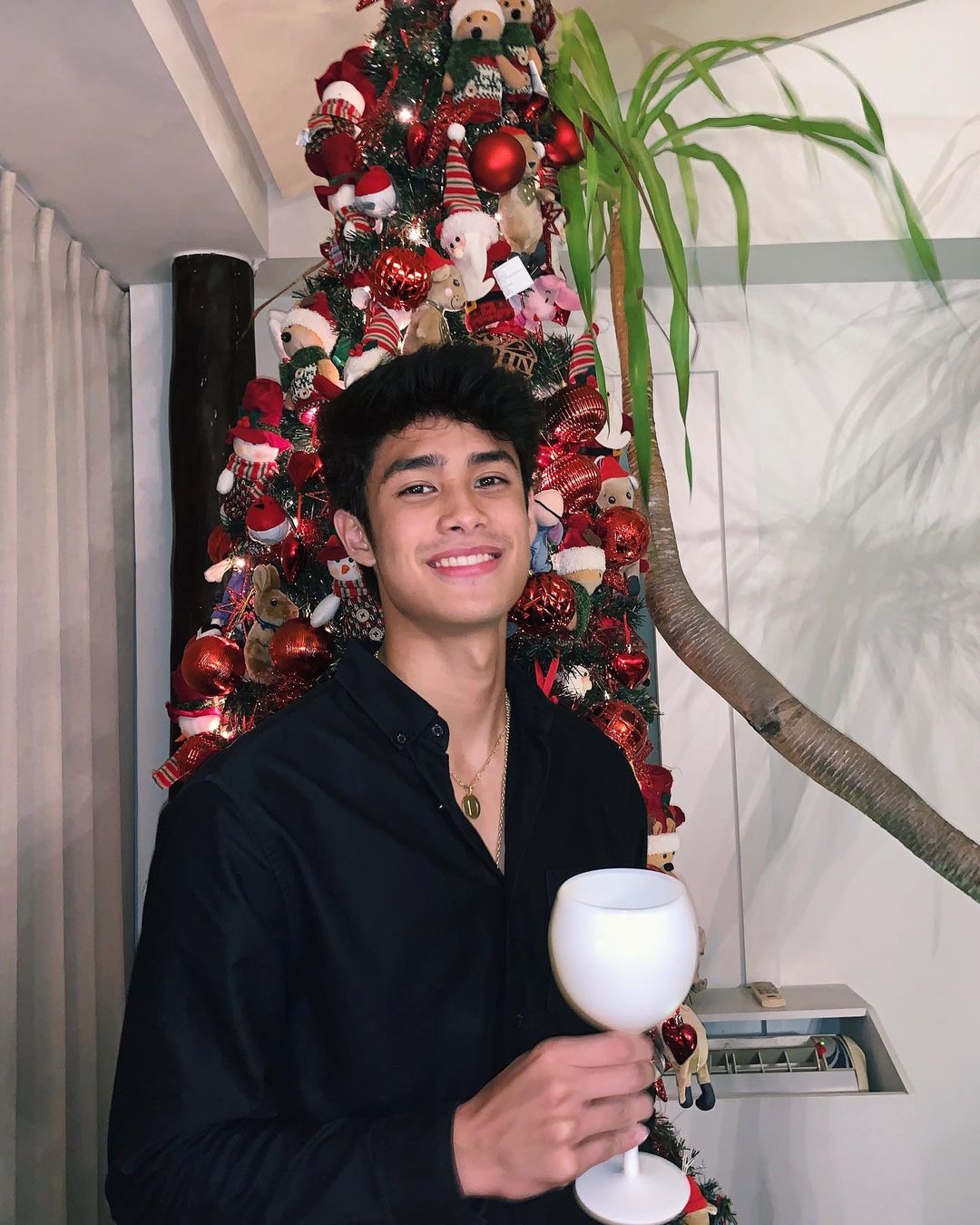 Here are the movie and TV projects of Donny: